By Sally Robertson, BSc
Researchers from The Scripps Research Institute (TSRI) have designed a bacterium that incorporates two unnatural bases, called X and Y, into genes, in addition to the four natural DNA bases − G, C, A and T − that usually code for proteins. 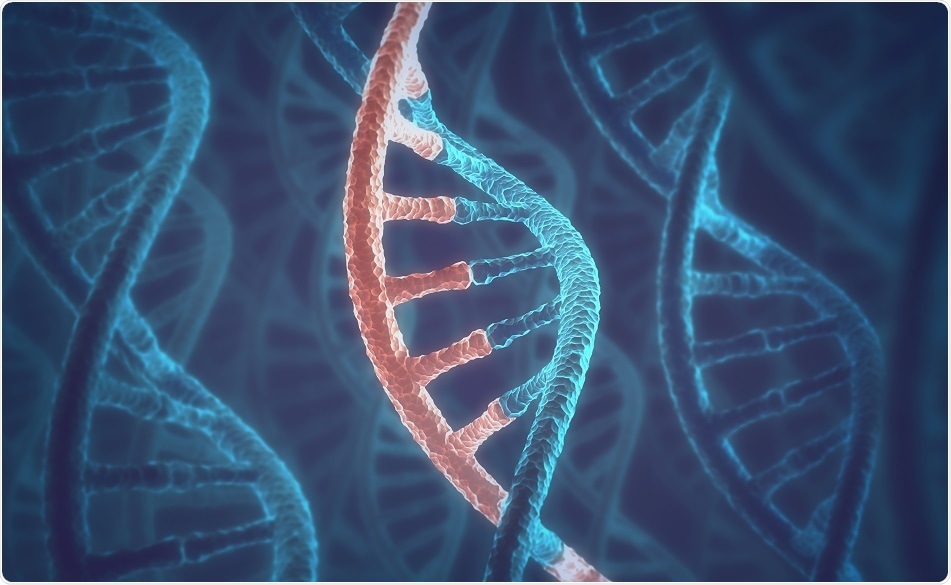 Credit: Ktsdesign/ Shutterstock.com
As reported in Nature, the “semi-synthetic” strain of E. coli is the first bacterium to contain the new bases and be able to use them to instruct the production of proteins in cells.

I would not call this a new lifeform—but it’s the closest thing anyone has ever made.This is the first time ever a cell has translated a protein using something other than G, C, A or T.”
Floyd Romesberg, The Scripps Research Institute

Romesberg and colleagues hope the bacterium could eventually be used to create new molecules that can be used as medical therapies.
The new research builds on previous efforts by Romesberg and colleagues to expand the bases naturally occurring in DNA. Using only the four natural bases, organisms can code for just 20 amino acids, whereas with the new X and Y bases included, they could code for up to 152 amino acids. The team hopes these amino acids could become the building blocks for developing new protein therapeutics.
Romesberg and colleagues have spent 20 years working towards this breakthrough. In 2014, the research took a leap forwards when they managed to create a semi-synthetic organism that could copy X and Y in its DNA. Earlier this year, they found they could also get the bacteria to store the information and pass it onto daughter cells during cell division. However, aside from storing and passing on the new bases, organisms need to be able to “read” or transcribe them into RNA so that they can be translated into proteins.
This has now been achieved by incorporating the new bases in genes that also contain the natural four bases. These genes were then transcribed into RNA that also contained the new bases and the RNA could be used by cells to direct the incorporation of unnatural amino acids into proteins.
“This was the smallest possible change we could make to the way life works—but it is the first ever,” says Romesberg.
Source:
Publicado por salud equitativa en 7:12