From the ASPR Blog: Why some emerging infectious diseases cause epidemics

From the ASPR Blog:  Why some emerging infectious diseases cause epidemics 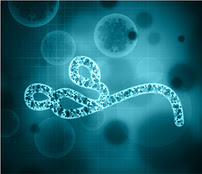 Forty years ago, a patient exhibiting symptoms believed to be from malaria sought treatment in a small village in the Republic of the Congo in Africa. Later, it was determined this patient didn’t suffer from malaria, but from a virus that would cause a major disease outbreak decades later and more than 1,000 miles away: Ebola.  So why do some infectious diseases turn into epidemics while others don't?  George Korch, Senior Science Advisor for ASPR, explains 5 key factors that enable some viruses to cause epidemics.   Learn More >>

Why some emerging infectious diseases cause epidemics

Author: George W. Korch, Jr., Senior Science Advisor, HHS Office of the Assistant Secretary for Preparedness and Response
Published Date: 9/15/2016 10:32:00 AM
Category: Medical Countermeasures; Public Health Preparedness;
Forty years ago, a patient exhibiting symptoms believed to be from malaria sought treatment in a small village in the Republic of the Congo in Africa. Later, it was determined this patient didn’t suffer from malaria, but from a virus that would cause a major disease outbreak decades later and more than 1,000 miles away: Ebola.
When the Ebola epidemic struck in 2014, it claimed the lives of thousands. However, it also served as a reminder that nearly all emerging infectious diseases may not be altogether new to the medical community, but certain factors may have changed since they first emerged that allowed them to reach epidemic levels.
There are five major factors that allow viruses to cause epidemics:

As more people populate the planet, there is a greater possibility someone will encounter a virus that will spread to others. And, as we are traveling greater distances today than before, this allows viruses to spread more rapidly over greater distances more quickly. As was the case with the 2014-2015 outbreak, cultural norms also can cause an infectious diseases to propagate. For example, as families in West Africa cared for sick relatives they unknowingly exposed themselves to the Ebola virus through contact with contaminated body fluids. This practice initially resulted in further spread of the virus in families and in communities.

Changes in insect or reservoir populations

As a virus finds its way into new carriers, it can reach new ecosystems and populations. This was especially critical to the spread of the West Nile virus. This virus is believed to have been introduced into the Western Hemisphere by people or mosquitoes that originated in Eurasia, where it was a well-known viral disease involving animals, mosquitoes and people. We believe that once the virus established itself in a local site near urban New York City, it found a brand new environment to flourish within species of birds and mosquitoes in the United States. This eventually amplified the virus and allowed it to spread across the entire U.S. reaching a large number of people. From 1999 through 2015, more than 43,000 people contracted West Nile Virus disease in the U.S. Birds in the U.S. maintain the virus, and outbreaks could recur in the future.

Changes in weather and the climate can drive some animals carrying viruses to different areas, where they could spread disease to people. A perfect example of this is the 1993 outbreak of Hantavirus in the Four Corners region of the U.S. An El Nino weather event in 1992 brought higher than average rainfall to the area. With more rainfall came more plants, and with more plant life came an increase in the local rodent population. As the weather returned to normal and that new habitat vanished, the enlarged rodent population suddenly needed to find additional sources of food and shelter, finding their ways into homes and spreading Hantavirus to nearby residents. Due in part to raising public awareness of the need to rodent-proof homes in the region, the outbreak ended.

Advances in technology have allowed us to identify outbreaks when before illnesses were believed to have a different origin. Consider an apparent increase in Leptospirosis that was observed in Baltimore in the mid-1990s. It was normally considered an uncommon infection and its prevalence largely went unrecognized because diagnosing it was challenging. When newer technologies and better diagnostic tools became available, the likely “true” prevalence of the disease became better understood, and, suddenly, the number of reported Leptospirosis cases appeared to jump.

Changes to the viruses themselves

Sometimes, a change in a virus itself allows it to become an epidemic. The flu virus is a great example of how mutations can allow viruses to spread widely among populations. The influenza virus changes on a regular basis as small mutational changes happen (called genetic drift). This is the basis for why we need to develop a new flu vaccine for general use each season. It is also the challenge that vaccine developers face in creating effective countermeasures to seasonal strains of flu. And, on occasion, the type of change seen in circulating strains of the virus come about from bigger shifts in the virus (called genetic shift) leading to some strains of flu that have the potential to cause pandemics.

Meeting the challenges of new epidemics

ASPR helps advance the development and procurement of critical countermeasures to protect people during public health emergencies whether they are caused by natural or manmade pathogens.
After the Ebola outbreak erupted in 2014, ASPR aggressively pursued the diagnostics, vaccines and treatments to address Ebola. We made meaningful strides toward developing the countermeasures we may need to combat this deadly disease if it re-emerges in the future.
We didn’t stop the recent Ebola outbreak with a vaccine or other countermeasure, but in large part by changing human behaviors that were allowing the virus to spread. After understanding how it spread between people, educating the public about steps they could take to avoid contracting Ebola helped turn the tide of the epidemic, and the outbreak halted. We were able to accomplish a lot in a short period of time because of partnerships with other federal agencies and with industry, as well as developing a better infrastructure for research and development. It is impossible to predict what the next emerging infectious disease will be, or which factors will make it re-emerge. When it does, ASPR and our global partners aggressively will pursue solutions to prevent its further spread.
Publicado por salud equitativa en 6:25