Are their reasons good enough? 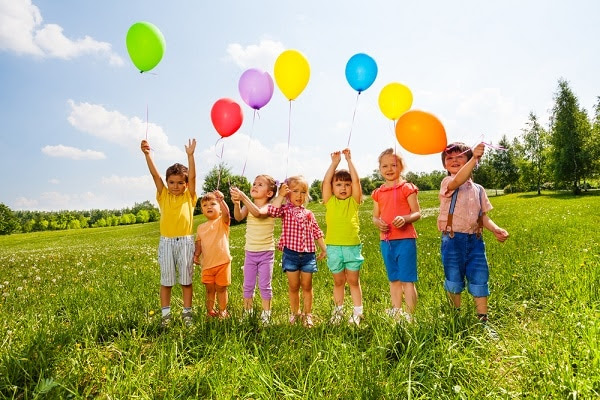 Last week, I came across an article that cited nine reasons that millennials don't want to have kids. And even though its tone was more similar to that of a whinging childish rant than an article (so much so that I won’t even link to it here), it did bring up a lot of holdups that young people have about bringing a child into the world - so I thought I'd address them.
At the end of the day, I can't force anyone to have kids and I don't want to - but honestly, surely they’d have better reasons than these! Plus, if the right situation presented itself, I wouldn't want them to miss out on all the wonder of having a child!
So here goes - some of the article’s points and my rebuttal:
“The world kinda sucks now.”
I get it. I worry about the challenges that my daughter, and any other kids I might have, will face in the future. I dread the day that they suffer in any tiny way, and yet undoubtedly that day will come. But I also know that there is so much good in the world, and so they will experience joy - lots and lots of joy. And I know that any suffering that comes their way can make them stronger, bring out their best and shape their characters. So no - the fact that the world sucks isn't reason enough to not have kids.
“We're poor as hell.”
Having children requires money. It's a real concern for sure, but I feel that the majority of people just use this as a cop-out. "Giving a kid the life they deserve" doesn't mean every new gadget and wild overseas trips and the fanciest clothes. In the end, all a child wants is your love, after all! Food is important too, but for the first stages of life that's usually built-in (hello, breastfeeding) and that gives you enough time to figure out how to split the food after that. All I'm saying is: it's doable.
“Pregnancy is ... not ... hot.”
Oh, for goodness’ sake – does everything have to be about being hot? Being hot, or sexually attractive, is only one facet of a human being, and we as a society are just way too obsessed with the ideal. Yes, a woman’s body does some different things during pregnancy and childbirth – but considering that it’s fostering new life, I find it nothing short of amazing! Not to mention that a lot of women experience some pretty “hot” pregnancy perks – glowing skin, shiny hair and more.
“We want careers. So sue us.”
Umm... is this even mutually exclusive to having a child? Sure – it will mean a lot more work, but it’s not impossible at all. One line under this point was “Many people worried children would keep them from achieving their highest potential,” which almost made me laugh. If anything, I think that having kids brings out good qualities that you never knew you possessed! And those qualities may even benefit your career – having a baby has certainly improved my work ethic, time management and prioritising, multi-tasking and efficiency, leadership and more.
“Because they're not going to fix anything.”
Well good, because it sounds a bit selfish to me if people are only having kids to fulfil their own purposes – for example, in the hope that it will bring some life back to their marriage, or more likes to their Instagram profile.

Mention the name John Milton and most of us will probably think of his famous poems Paradise Lost and On His Blindness, rather than his political pamphlet, Areopagitica. But that passionate defence of free speech -- written all the way back in 1644 when the English parliament brought in book censorship -- was what Campbell Markham thought of when he wanted to explain why he is opposed to religious organisations having an exemption from anti-discrimination law in Tasmania, the state where he resides.
Now, if Mr Markham were the Richard Dawkins of Australia, that would not be at all surprising. But he is not. He is a devout Presbyterian minister who feels offended when religion is mocked, and grieved when he is accused of bigotry for opposing gay marriage. Still, he has publicly opposed the state Attorney-General's proposal to allow speech which might (and in some quarters definitely does) give offence, when it is "for religious purposes". To understand why, read his fine article.