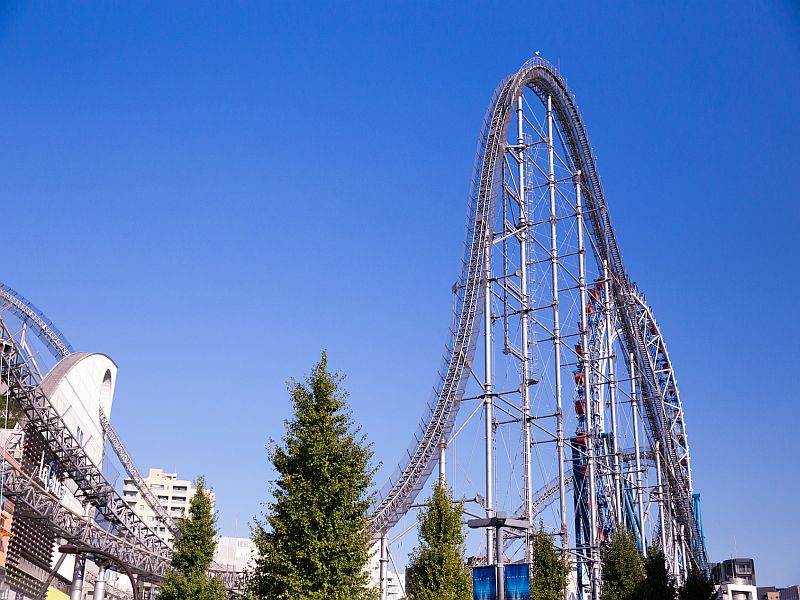 TUESDAY, Sept. 27, 2016 (HealthDay News) -- Anyone who's suffered a kidney stone just wants the urinary obstruction gone. Now, preliminary research suggests relief might even be fun: a roller coaster ride.
There's been anecdotal evidence from patients that these amusement park rides can help pass a small stone, explained Dr. David Wartinger, a professor of urology at the Michigan State University College of Osteopathic Medicine, in East Lansing.
His team's new research -- conducted on the Big Thunder Mountain Railroad and Space Mountain roller coasters at Orlando's Walt Disney World -- seems to support that view.
In the study, Wartinger's group used 3D printing to create a clear silicone model of a kidney that contained urine, plus three different-sized kidney stones.
They placed the kidney model in a backpack and took it on 60 roller coaster rides.
"A ride on a moderate-intensity roller coaster could benefit some patients with small kidney stones," Wartinger said in a news release from The Journal of the American Osteopathic Association. The study was published in the journal on Sept. 26.
The passage rate of stones was nearly 17 percent when the backpack/model was in the front of a roller coaster, and jumped to nearly 64 percent when it was in the back of a roller coaster.
The position of the stone within the model didn't seem to matter, the researchers noted.
The study suggests that the fun ride might be therapeutic for small kidney stones -- and that's no small matter.
"Passing a kidney stone before it reaches an obstructive size can prevent surgeries and emergency room visits," Wartinger said. "Roller coaster riding after treatments like lithotripsy [using sound waves to break up stones] and before planned pregnancies may prevent stone enlargement."
According to the researchers, each year more than 300,000 people in the United States seek emergency care for kidney stones, with an estimated $2.1 billion in costs. About 11 percent of men and 6 percent of women will have a kidney stone in their lifetime.
SOURCE: The Journal of the American Osteopathic Association, news release, Sept. 26, 2016
HealthDay
Copyright (c) 2016 HealthDay. All rights reserved.
News stories are provided by HealthDay and do not reflect the views of MedlinePlus, the National Library of Medicine, the National Institutes of Health, the U.S. Department of Health and Human Services, or federal policy.
Publicado por salud equitativa en 6:09