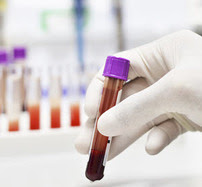 In December 2015, Puerto Rico, a U.S. territory, reported its first confirmed case of Zika virus disease.
Currently, Zika outbreaks are occurring in many countries and territories. Local mosquito-borne Zika virus transmission has also been reported in the continental United States. CDC continues to evaluate cases of Zika transmission in the United States and U.S. territories and updates guidance as new information becomes available.
In May 2015, the Pan American Health Organization (PAHO) issued an alert regarding the first confirmed case of Zika virus infection in Brazil. The outbreak in Brazil coincided with increased reports of Guillain-Barré syndrome (GBS) and pregnant women giving birth to babies with birth defects. Recently, CDC scientists announced that there is now enough evidence to conclude that Zika virus infection during pregnancy is a cause of microcephaly and other severe fetal brain defects.
Local, state, and territorial responses to Zika cases or an outbreak will differ in jurisdictions where Aedes species mosquitoes (A. aegypti and A. albopictus) are endemic, and, therefore, local mosquito populations could become infected with Zika virus. All locations will likely have travel-associated cases, and there is priority need for laboratory testing capabilities, enhanced epidemiology, and surveillance systems, and support for pregnant women and families with a child born with microcephaly or other birth defects linked to Zika virus infection. Following are resources CDC has developed to help state, local, and territorial public health officials prepare for potential Zika virus cases.

Applicable in all locations where Aedes aegypti or Aedes albopictus mosquitoes are endemic.
Goal
To target vector control programs in priority areas/at-risk populations to suppress Zika virus transmission if local cases or an outbreak is detected.
Action Steps
Resources

Goals
To ensure adequate diagnosis and reporting of Zika virus cases; to monitor epidemiologic trends in distribution, transmission, and severity; to direct prevention and control efforts; and to identify cases that require follow up or intervention.
Action Steps
Resources
Current case definitions[PDF - 11 pages]

Goal
To reduce the risk of sexually transmitted Zika virus by providing guidance to the public regarding the risks and to clinicians so they may counsel their patients.
Action Steps
Resources

Goal
To reduce the risk of transfusion-transmitted Zika virus during a local or more widespread outbreak in areas with active transmission.
Action Steps
Resources

Goal
To ensure rapid detection of microcephaly, other major birth defects, and other disabilities that might be associated with Zika virus infection and to plan for adequate services for these children and their families
Action Steps
Resources