Weighing Too Much or Too Little When Pregnant Can Be Risky: MedlinePlus Health News

Weighing Too Much or Too Little When Pregnant Can Be Risky: MedlinePlus Health News

Weighing Too Much or Too Little When Pregnant Can Be Risky 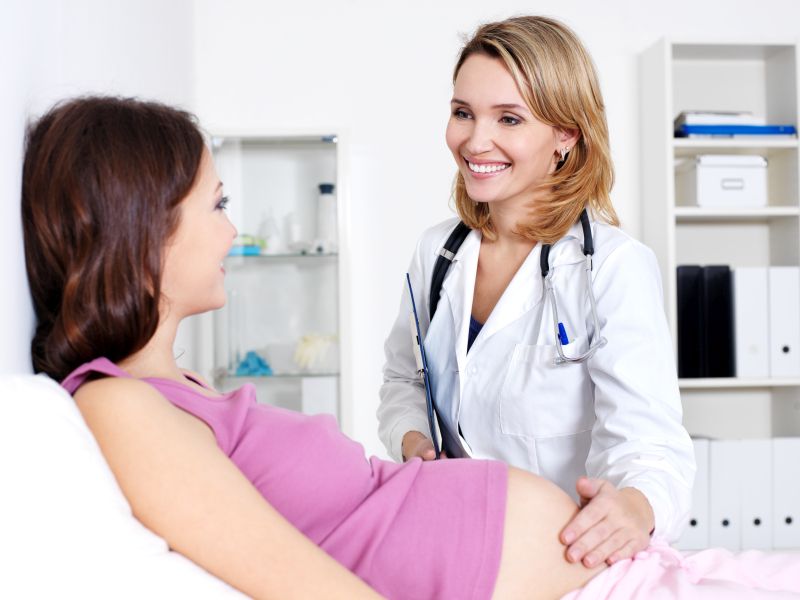 TUESDAY, Nov. 14, 2017 (HealthDay News) -- For women contemplating having a baby, new research adds to the evidence suggesting that starting a pregnancy at a normal weight is best.
The study found that too much or even too little weight increases an expectant mom's risk for severe illnesses and death.
"Not only for baby's sake, but also for your own sake, have a healthy diet and get regular exercise before pregnancy," said study lead author Dr. Sarka Lisonkova. She's an assistant professor in the department of obstetrics and gynecology at the University of British Columbia and the Children's and Women's Health Centre in Vancouver.
"It's never too late, even if you're already pregnant," Lisonkova said, adding that weight gain during pregnancy can also increase the risk for severe illnesses and even death in expectant mothers.
The study, published Nov. 14 in Journal of the American Medical Association, included information on nearly three-quarters of a million women from Washington state. They averaged 28 years old.
Before pregnancy, about 3 percent were underweight, 48 percent were of normal weight and 26 percent were overweight. In addition, about 13 percent were categorized as class 1 obese, 6 percent class 2 and 4 percent class 3, with a higher class indicating greater weight and health risk.
The researchers used body mass index (BMI) to determine if someone was overweight, obese or underweight. Body mass index is a rough estimate of how much body fat a person has, calculated from their weight and height. For a 5-foot-6-inch woman, a normal BMI would correlate to 118 to 150 pounds. That same woman would be overweight if she weighed 155 to 180 pounds, and obesity would begin at about 186 pounds, according to the U.S. National Heart, Lung, and Blood Institute.
The researchers found that the more a woman weighed, the more likely she was to have a severe illness or to die during pregnancy. Underweight women also had an increased risk for these outcomes. Severe illness included such conditions as eclampsia (convulsions or coma brought on by high blood pressure), sudden kidney failure, sepsis, hemorrhage and respiratory problems.
The risk to any one woman, though, is quite low. For instance, the study found that, compared with normal-weight pregnant women, there were about 25 more cases of either severe illness or death for every 10,000 pregnant women if the woman was obese.
"The chance that any one woman dies in pregnancy is about 1 in 6,000 in the United States," said Dr. Aaron Caughey, who chairs the department of obstetrics and gynecology at Oregon Health and Science University in Portland. He also wrote an editorial that accompanied the study.
However, what's especially concerning about this study's findings, he said, is that more and more women are entering pregnancy obese or super-obese. With higher levels of obesity, "there's an incredibly high inflammatory state that increases the risk of rare outcomes, like thromboembolism," a blood clot, Caughey said.
He said that underweight women likely had a chronic illness that increased their risk.
Both Caughey and Lisonkova said that ideally, women should be at a normal weight before getting pregnant. If a woman isn't at her ideal weight, pregnancy is a good time to start focusing on things such as eating a healthy diet and getting regular exercise, they said.
Pregnancy can be a "focusing event for affecting behavior change in women," Caughey said, because once pregnant, a woman often focuses on doing what she can to have a healthy baby.
"Pregnancy is a great time to think about diet and exercise, especially because women often drive health behaviors in the family, so there's no time like the present to make healthy changes," he said.
Lisonkova also emphasized the importance of good prenatal care. "Clinicians can catch signs of potential complications earlier with regular checkups," she said.
Mom's overall health isn't the only concern linked to excess maternal weight.
A second study that followed about 2,800 women from their first trimester through delivery found that the babies of obese women were born heavier than babies born to slimmer moms.
The study, led by Dr. Cuilin Zhang from the U.S. National Institutes of Health, found the median weight difference was 7 ounces (20 grams). The results were published Nov. 13 in JAMA Pediatrics.
Having a bigger baby can lead to labor and delivery complications and may make a cesarean section more likely, according to the March of Dimes.
SOURCES: Sarka Lisonkova, M.D., Ph.D., assistant professor, department of obstetrics and gynecology, University of British Columbia and the Children's and Women's Health Centre, Vancouver, Canada; Aaron Caughey, M.D., Ph.D., professor and chair, department of obstetrics and gynecology, and dean, women's health research and policy, Oregon Health and Science University, Portland; Nov. 13, 2017, JAMA Pediatrics; Nov. 14, 2017, Journal of the American Medical Association
HealthDay
Copyright (c) 2017 HealthDay. All rights reserved.
News stories are written and provided by HealthDay and do not reflect federal policy, the views of MedlinePlus, the National Library of Medicine, the National Institutes of Health, or the U.S. Department of Health and Human Services.