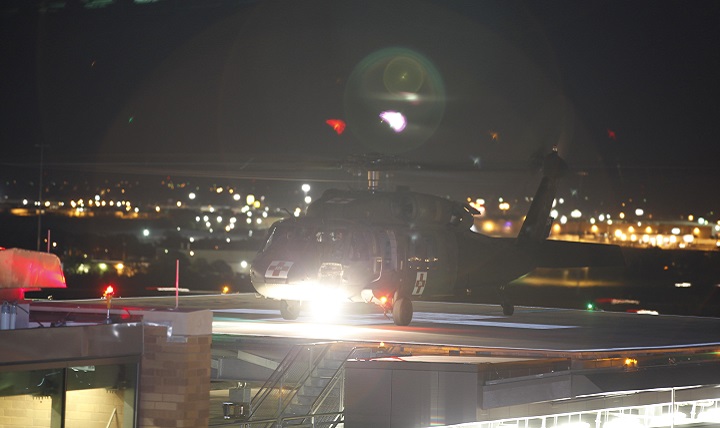 
JOINT BASE SAN ANTONIO-FORT SAM HOUSTON, Texas  — The community teamwork and medical response here the afternoon of the Sutherland Springs shooting was "extremely heartwarming," the trauma chief at Brooke Army Medical Center said.
"When people heard about the shooting, we didn't have to do a recall. People came in immediately and pitched in, … not to watch, but to help," said Army Col. (Dr.) Kurt Edwards, who received patients and directed care that night.
"We ended up with more medical staff in the operating rooms, emergency department and [intensive care units] than we needed," he said. 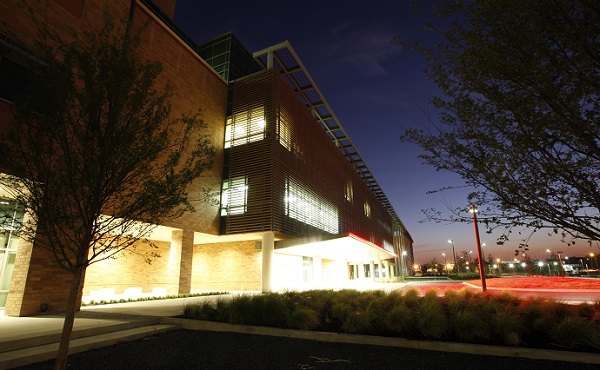 Air Force Maj. Belinda Kelley, the shift leader that night in the ER, received the initial call. "We were told we were possibly getting quite a few patients after a shooting at a church," Kelley recalled. "We weren't sure how many were coming here, but were told there were potentially 30 shot." Kelley later learned that 26 people had been killed and 20 injured that Sunday afternoon.
The situation was well controlled at BAMC, Edwards noted. "We had about a 30-minute warning. We started prepping for any eventuality to ensure adequate coverage. We opened up 15 trauma bays in preparation."
BAMC received four patients at first, then an additional four not long after.  "It was disheartening to see that the injuries were not dissimilar to those in combat," said Edwards, who has deployed multiple times to Iraq and Afghanistan. "To see people who had been sitting in a church having similar injuries to those in a combat zone [is] not something you want to see."
The seven patients' conditions currently range from good to critical. "They are all getting better," Edwards noted.

Edwards praised the first responders and the trauma partnership within the city that led to an effective response. BAMC and University Health System are the only Level I trauma centers in the San Antonio region, caring for civilian trauma patients over a 23,000-square-mile radius. On average, BAMC cares for 3,000 trauma patients each year.
"Both BAMC and University provide the highest level of trauma care together, and we do it every day," he noted. "It's an amazing partnership, especially when we are working together to care for people after a devastating tragedy."
"The staff response has been professional, efficient and caring," said Army Col. Michael Ludwig, deputy commander for inpatient services. "I could not be more proud of the staff – everyone from housekeeping to the technicians to our senior leaders."
Kelley said she's proud to work at the military's only Level I trauma center.
"As a nurse, it's a very emotional place," she said, "especially when I pick up the phone and someone is looking for a loved one. If I walk out of here and can't cry, then I can't come back, because that means I don't care any more.  Caring is what I do."
Disclaimer: Re-published content may have been edited for length and clarity. Read original post.

The pain medication is managed with the placement of an intrathecal catheter and infusion of preservative-free morphine
Recommended Content:
Military Hospitals and Clinics

Since arriving on Oct. 27, Comfort and the surrounding medical staging areas have provided care for more than 270 patients from around the hurricane-ravaged island
Recommended Content:
Civil Military Medicine | Emergency Preparedness and Response | Civil Support

If Airman Scherff hadn’t caught the abnormalities in the baby when she first encountered her, the baby very likely would have passed away prior to receiving care
Recommended Content:
Military Hospitals and Clinics

Pacific Angel exercise in Fiji focuses on exchanges of expertise

Pacific Angel has multilateral international participants from across the Indo-Asia-Pacific region working together to assist local communities and improve capabilities among one another as one team
Recommended Content:
Civil Military Medicine | Health Readiness

In the zone at WBAMC's inpatient wards

Being able to see your doctor without being in the same room, or even the same hospital, is giving some Military Health System beneficiaries more access to care; and it’s helping the MHS manage its opioid usage
Recommended Content:
Technology | Military Hospitals and Clinics
Publicado por salud equitativa en 7:03