​A new study, published in the Journal of Clinical Investigation, identified a substance Gdf-15, which is secreted by pancreatic cancer cells and shields cancerous cells from attack by immune cells known as macrophages. 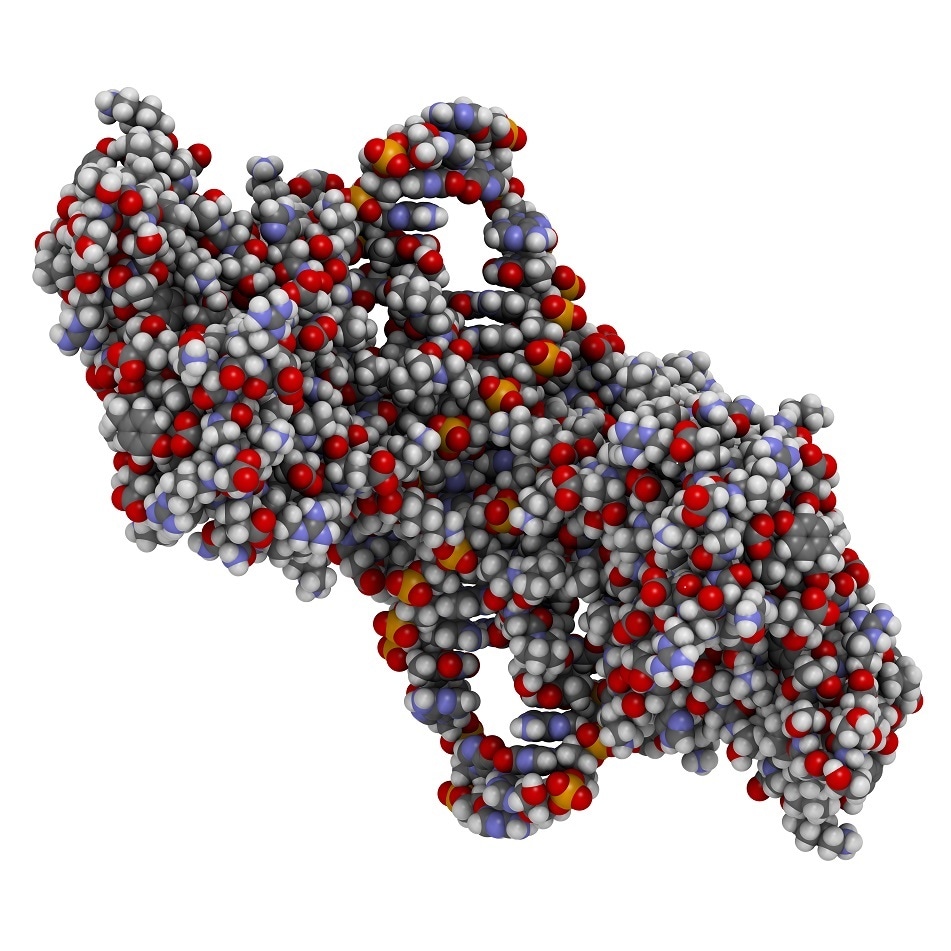 NF-kB (nuclear factor kappa-light-chain-enhancer of activated B cells) protein complex. Plays a role in cancer and inflammation. Atoms are represented as spheres with conventional color coding. Credit: molekuul_be/ Shutterstock.com
The study identified that Gdf-15 may be essential for the development of early pancreatic cancer cells, and also found that a molecule pronounced N-F-kappa-B (NF-kB) helps cancer cells in the production of Gdf-15.
Gdf-15 prevents the macrophages from producing chemicals such as tumor necrosis factor and nitric oxide that are required to kill cancer cells. Ironically, the scientists found, in discovering that NF-kB in macrophages plays an essential part in producing these two chemicals.

This study shows that Gdf-15 plays an important role in the development of pancreatic cancer and might be required for the development of early pancreatic tumors."
Denis Guttridge, Principal Investigator and Professor of Cancer Biology and Genetics at The Ohio State University Comprehensive Cancer Center.

Further, he stated that this macrophages-disarming mechanism develops in cancer cells at an early stage facilitating small tumors to grow and exist. He suggested that these findings support the requirement of preclinical studies for determining the Gdf-15 role in the development of pancreatic cancer.
Researchers carried out the study using human cancer cells, pancreatic cancer cell lines, and an animal model. Key findings of the research are:
A) the direct regulator of Gdf-15 is NF-kB, B) the killing activity of macrophage is suppressed by Gdf-15 through inhibition of nitric oxide production and secretion of tumor necrosis factor, and C) both the substances, NF-kB and Gdf-15, are overexpressed in pancreatic cancer patients.
Finally, Guttridge concluded that the outcome of the study revealed that NF-kB is important for the secretion and synthesis of Gdf-15 from tumor cells in pancreas, which inhibits the NF-kB activity in macrophages and prevents them from killing tumor cells.
Source:
https://eurekalert.org/pub_releases/2017-11/osuw-srn112017.php
Publicado por salud equitativa en 7:54