A new study, conducted by a team of researchers from the University of California, San Diego, has identified how the environment surrounding a tumor can stimulate metastatic behavior in the individual cancer cells. Researchers found that the tumor cells activate a particular set of genes and begin to form blood vessel-like structures when they are confined in a densely packed environment. 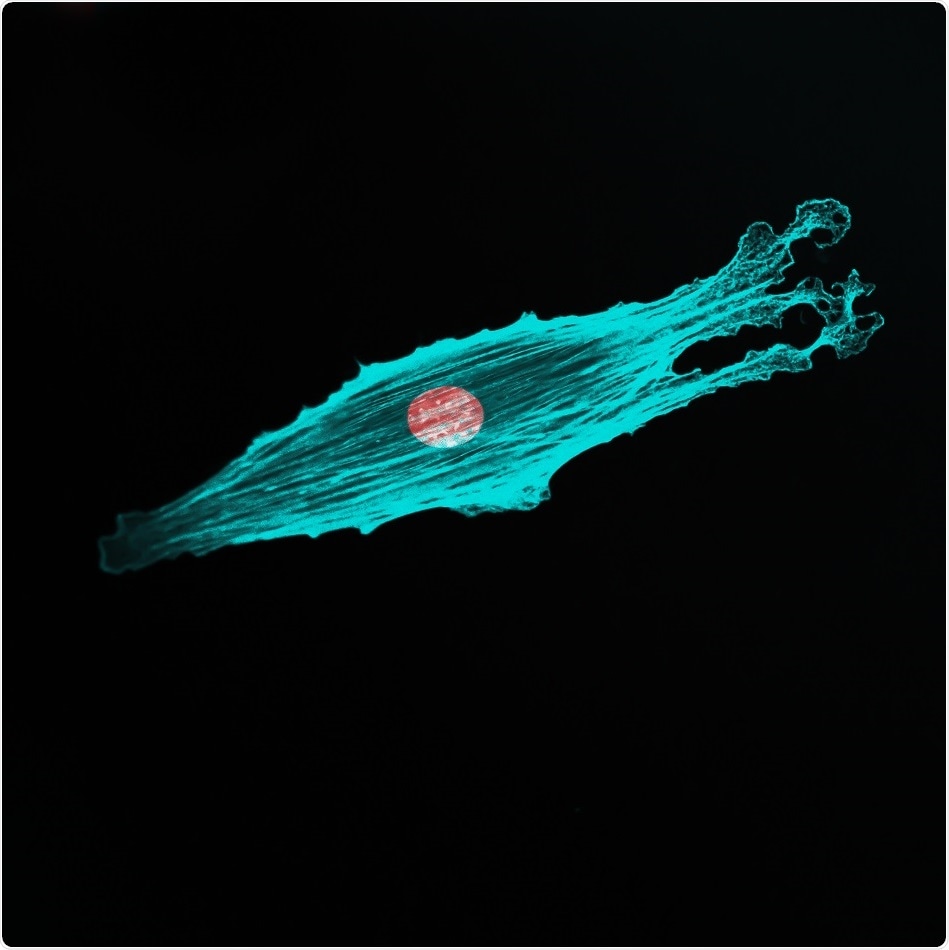 Credit: DrimaFilm/ Shutterstock.com
A new study, conducted by a team of researchers from the University of California, San Diego, has identified how the environment surrounding a tumor can stimulate metastatic behavior in the individual cancer cells. Researchers found that the tumor cells activate a particular set of genes and begin to form blood vessel-like structures when they are confined in a densely packed environment.
These structures were observed earlier by physicians in the hospital in a phenomenon known as vascular mimicry, which is linked to some of the most aggressive types of cancers. But the cause of this transformation was unknown to them.
90% of cancer deaths are caused by the metastatic spread of cancer cells from one site of the body to another. The set of genes discovered by researchers, known as a gene module, was capable of predicting the life expectancy of the patient and whether tumors will metastasize across nine cancer types, which includes kidney, pancreatic, lung, and breast cancers.
This gene module could be involved in determining whether patients are suffering from an aggressive cancer type and inform the decisions that patients and their oncologists make when choosing particular therapies.
The researchers made their observations by positioning the malignant cells in a custom 3D collagen matrix built. Researchers identified that the cells turned into structures resembling blood vessels when surrounded by the matrix made of small pores and short fibers (as opposed to large pores and long fibers) and that this transformation was independent of other physical characteristics of the matrix like stiffness.

Daniel Ortiz Velez, first author of the study, stated that the researchers thought that confining cells into this more constrained type of environment would stop their spread, but the opposite happened. Researchers further added that this type of behavior was not exhibited by the cells in traditional petri dishes.
Stephanie Fraley, leader of the study and a professor of bioengineering at the University of California, San Diego stated: "It's critical to have the cells surrounded by a 3D environment that mimics what happens in the human body."
In addition, researchers identified that the behavior of the cell is caused by a particular gene module, which they called collagen-induced network phenotype (CINP). Confining these cells into a constrained environment typically rewrites their gene expression. Fraley indicated that this phenomenon is almost similar to the matrix encoding the gene module.
Furthermore, researchers looked for this gene module in a range of human cancer gene expression and histology databases, which comprise details of the tissue microscopic structure. The presence of the gene module was a strong predictor of whether the tumor cells seemed to metastasize aggressively, after accounting other factors, like the patient's age.
This makes sense as the channels constructed by the malignant cells permits blood to flow to tumors without coagulating, as well as aiding the collection of nutrients. Researchers have thought that this also makes it simple for tumor cells to spread through the patient's blood. Other researchers have indicated that when cancer cells are connected, it enhances their chances of spreading to distant locations in the body.
Source:
https://eurekalert.org/pub_releases/2017-11/uoc--rds112117.php
Publicado por salud equitativa en 9:06