A new study conducted at Purdue University suggests that small vibrating sensors or microelectromechanical resonators can be used to identify biological markers in small amounts of blood. This method is expected to be useful for detecting a myriad of diseases, infections, and different medical conditions in their early stages. 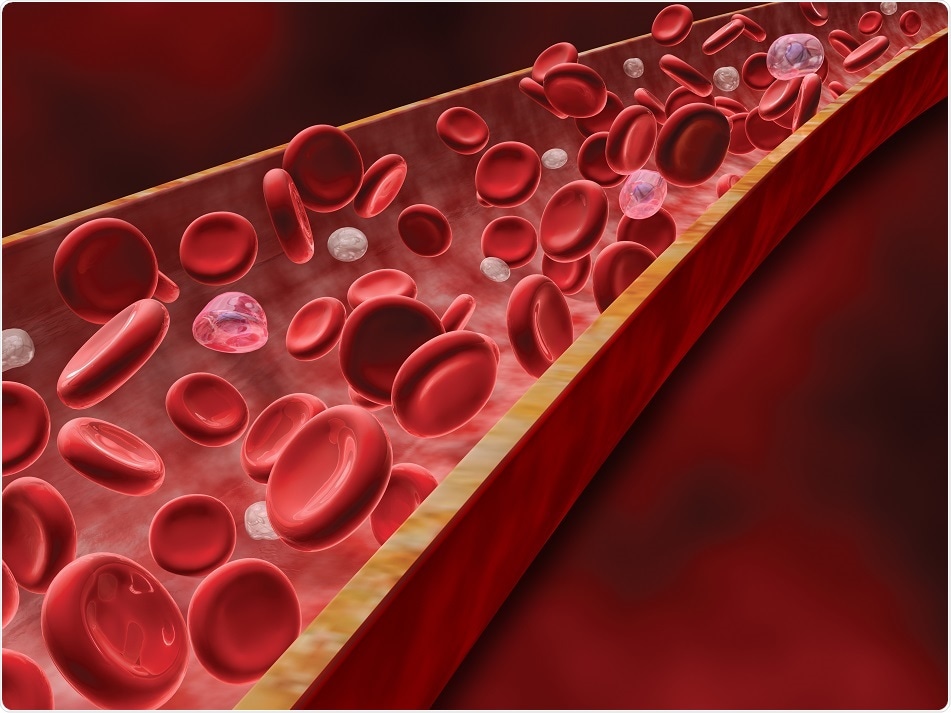 Credit: Biomedical / Shutterstock
Economical and sensitive detection of biomarkers that is capable of indicating illness, disease, or trauma can be achieved through these plate-style resonant sensors.
Jeffrey Rhoads, a professor in Purdue's School of Mechanical Engineering and the co-author of the study commented: "The goal here is to find the disease so early that you can treat it without invasive surgery."
According to Rhoads, the test intends to identify a particular protein associated with a disease, so that it could be used for the identification of various other diseases.
A piezoelectrically actuated resonant microsystem that senses a variation in mass when driven by electricity is utilized by the sensors.
As the resonant frequency increases, so does the sensitivity of the resonator; this makes the high-frequency resonators excellent candidates for detecting biomarkers. When compared with other medical tests, this method is much faster.
Mr. Rhoads described biomarker detection as a process similar to finding a handful of needles in a large haystack, the reason that motivated the researchers to devise a method that divided the large haystack into smaller haystacks.
It will be more beneficial to use an array of sensors and do statistical-based detection than using a single sensor, he added.
The early detection of traumatic brain injury in athletes, especially among high-school soccer and football players, is considered as one of the primary uses of this method.
According to the Purdue Neurotrauma Group, which commenced a study on the effects of head injuries in 2009, concussions are generally caused due to multiple hits over time and not because of a single blow.

Eric Nauman, a co-author of the current study, who was also a member of the Purdue Neurotrauma Group, said that study on the effects of repetitive head impacts on high-school football players had indicated fluctuations in brain chemistry and metabolism even among players who had not been diagnosed with concussions.
Nauman added that while 5% to 10% of high-school football players are diagnosed with concussions, over 50% of these players experience neurological changes before the diagnosis of concussion.
Researchers found that the test has the capability to identify traumatic brain injury before it becomes symptomatic, as it can detect minute amounts of proteins like protein from glial cells that surround neurons in the brain.
In patients with traumatic brain injury, these proteins are secreted in relatively high concentrations in the cerebrospinal fluid. Previous studies have indicated that a small quantity of this fluid leaked via the blood–brain barrier and entered the bloodstream of the patients.
As this test is cost-effective, a high-school football team could do numerous mass screenings per season, added Rhoads. The Purdue Neurotrauma Group is expected to test high-school athletes during the next fall.
The team also reported that this test could be used to detect countless other diseases, including Parkinson's and Alzheimer's.
The researchers are looking for licensees in order to utilize the test to hunt for other small quantities of proteins that are early signs of disease.

There's a whole host of diseases and different conditions where, if you could find these things in small quantities early on and just make it part of a standard workup, you could decrease health-care costs greatly."
Eric Nauman, professor in the School of Mechanical Engineering, Department of Basic Medical Sciences and the Weldon School of Biomedical Engineering.