Heroin use has increased across the US among men and women, most age groups, and all income levels. Some of the greatest increases occurred in demographic groups with historically low rates of heroin use: women, the privately insured, and people with higher incomes. Not only are people using heroin, they are also abusing multiple other substances, especially cocaine and prescription opioid painkillers. As heroin use has increased, so have heroin-related overdose deaths. Between 2002 and 2013, the rate of heroin-related overdose deaths nearly quadrupled, and more than 8,200 people died in 2013. States play a central role in prevention, treatment, and recovery efforts for this growing epidemic. 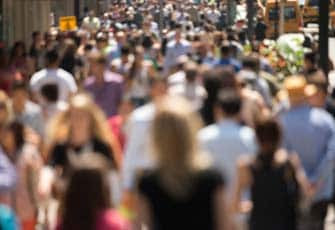 Heroin use is increasing, and so are heroin-related overdose deaths.

How is heroin harmful?

Who is most at risk of heroin addiction? 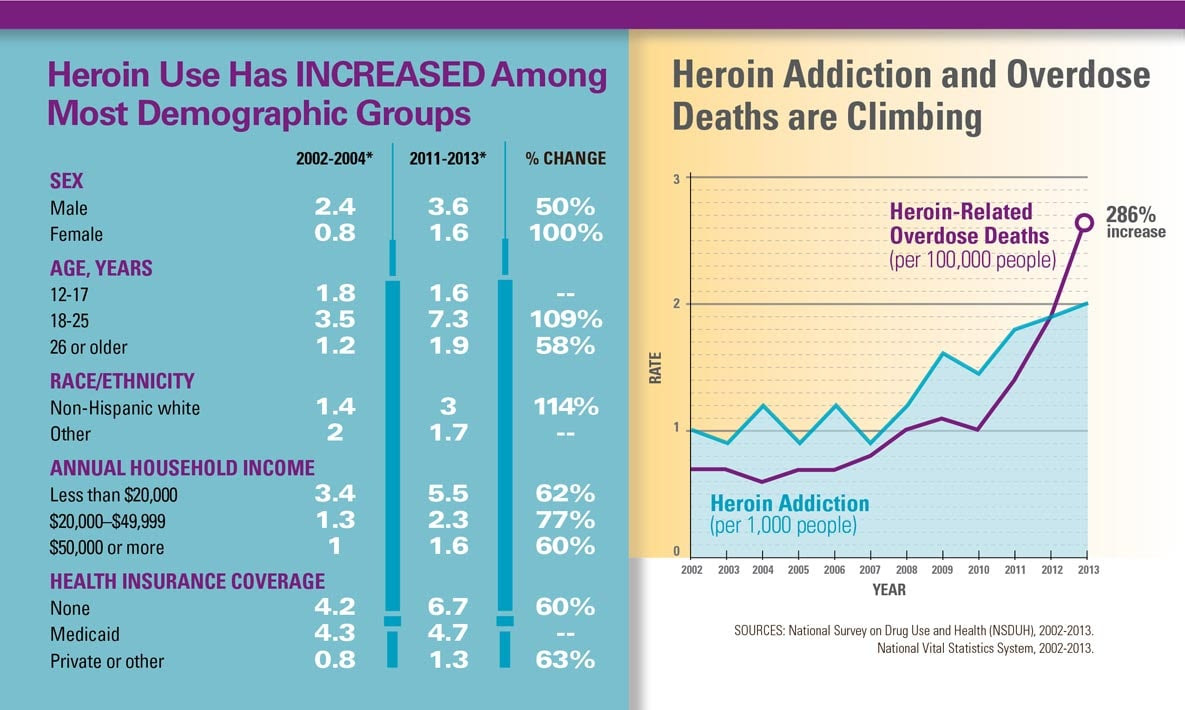 Heroin Use Has INCREASED Among Most Demographic Groups

Heroin addiction and overdose deaths are climbing. The x-axis category is years and runs from 2002 to 2013. The y-axis category is rate and runs from 0 to 3. The rates of heroin addiction and heroin-related overdose deaths are given in the table below. The heroin-related overdose death rate increased 286% from 2002 to 2013.
SOURCE: National Survey on Drug Use and Health (NSDUH), 2002-2013.
SOURCE: Multiple Cause of Death Files from the National Vital Statistics System, 2002-2013. 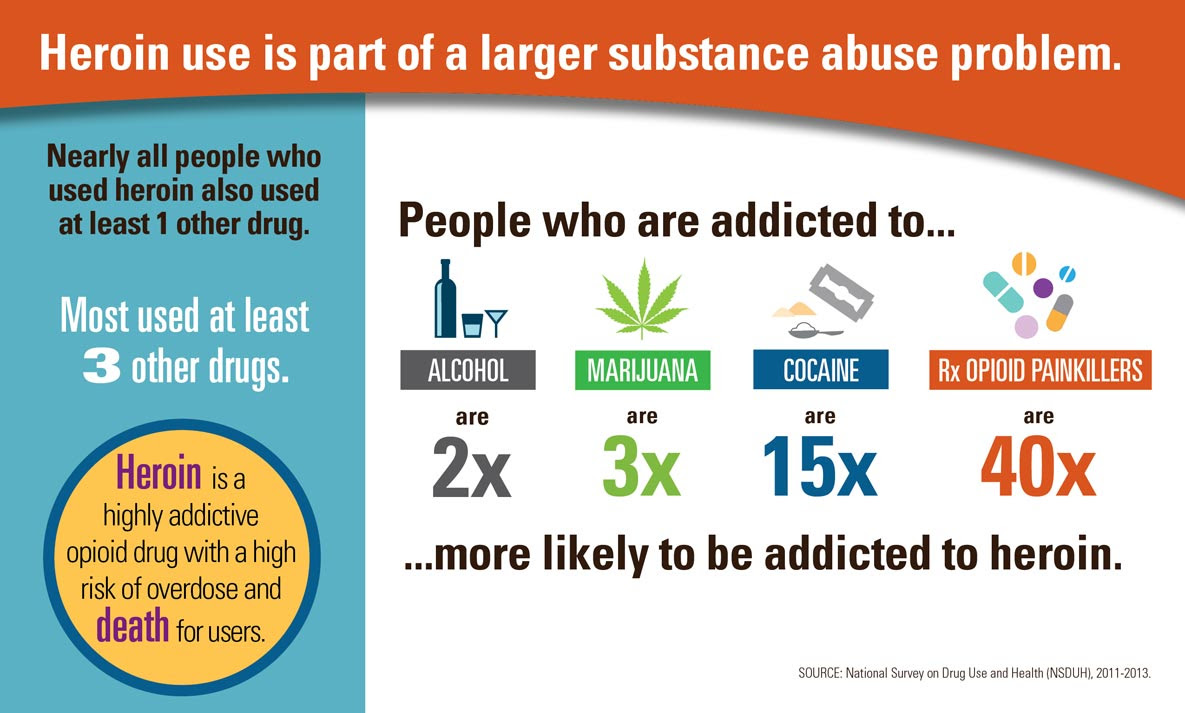 Heroin use is part of a larger substance abuse problem. 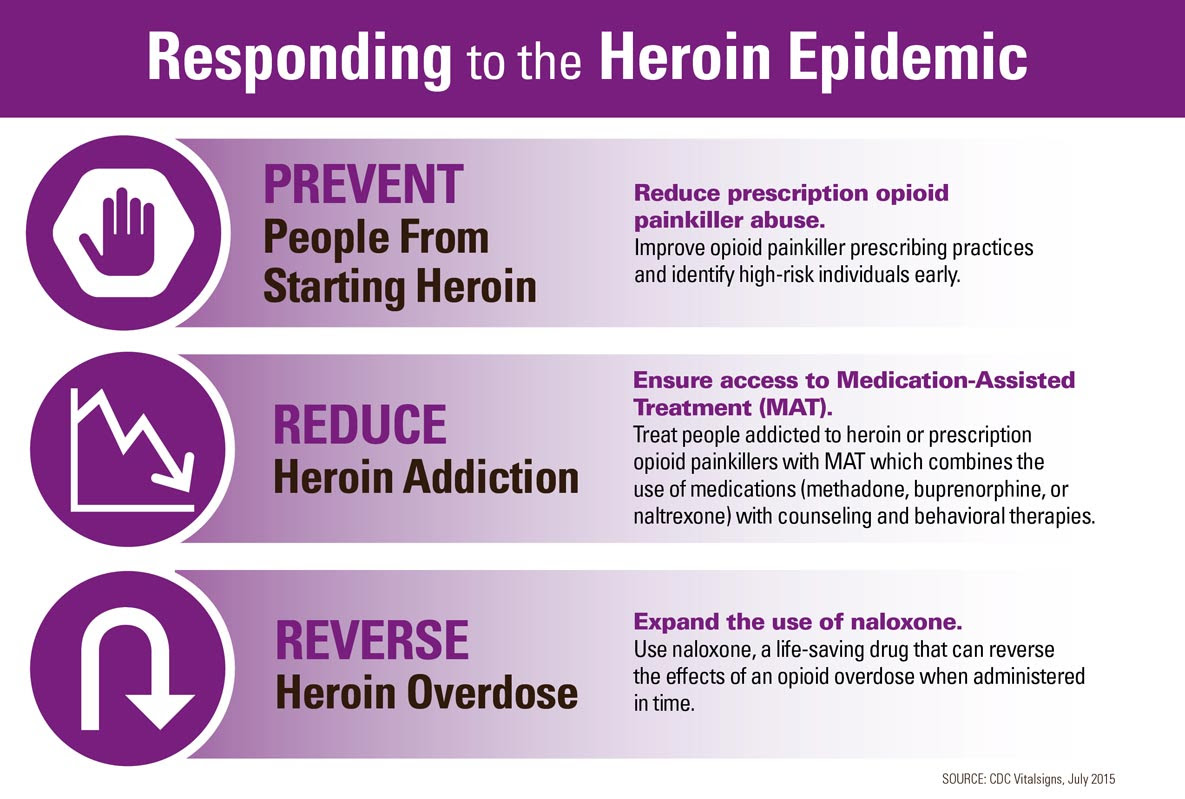 Responding to the Heroin Epidemic


What Can Be Done

The Federal government is

Learn more about the risks of using heroin and other drugs.
For more information on MAT and naloxone, visit SAMHSA at: www.samhsa.gov.