ElastiMed is developing an energy-efficient stocking hoped to increase compliance and prevent swelling, blood clots and leg ulcers from returning. 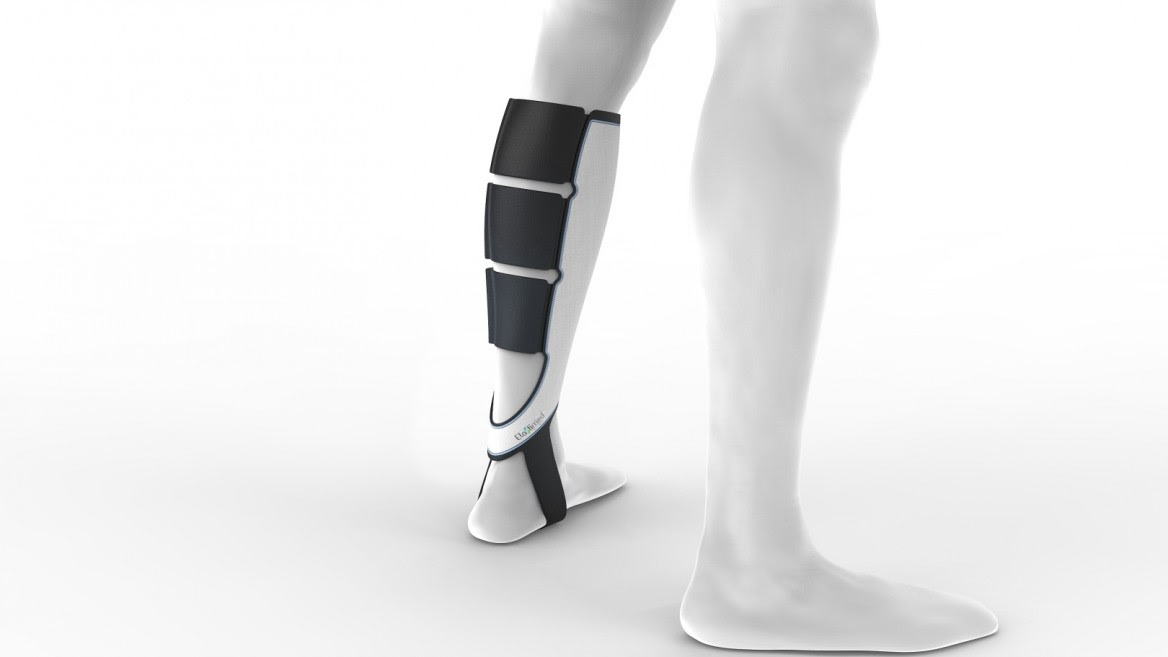 Seeing a huge unmet need in the area of medical compression stockings, Israeli electrical engineer and self-described tech junkie Omer Zelka jumped in to fill it.
Zelka’s startup, ElastiMed,  has developed a “smart” medical compression stocking made from a low-cost polymer that stretches and contracts to stimulate blood flow via an electric pulse generated by a 3V battery.
About 40 percent of all adults suffer chronic venous insufficiency (CVI), causing pain, swelling, ulcers, varicose veins and spider veins as blood pools in their legs. A common reason for CVI is deep vein thrombosis (DVT), which puts 600,000 Americans in the hospital each year and is considered the leading causes of preventable death.
In addition, 3 million Americans suffer leg swelling from chronic lymphedema caused by surgery and cancer treatment.
Compression stockings are usually prescribed to improve circulation, reduce swelling and prevent blood pooling and clotting in the legs. 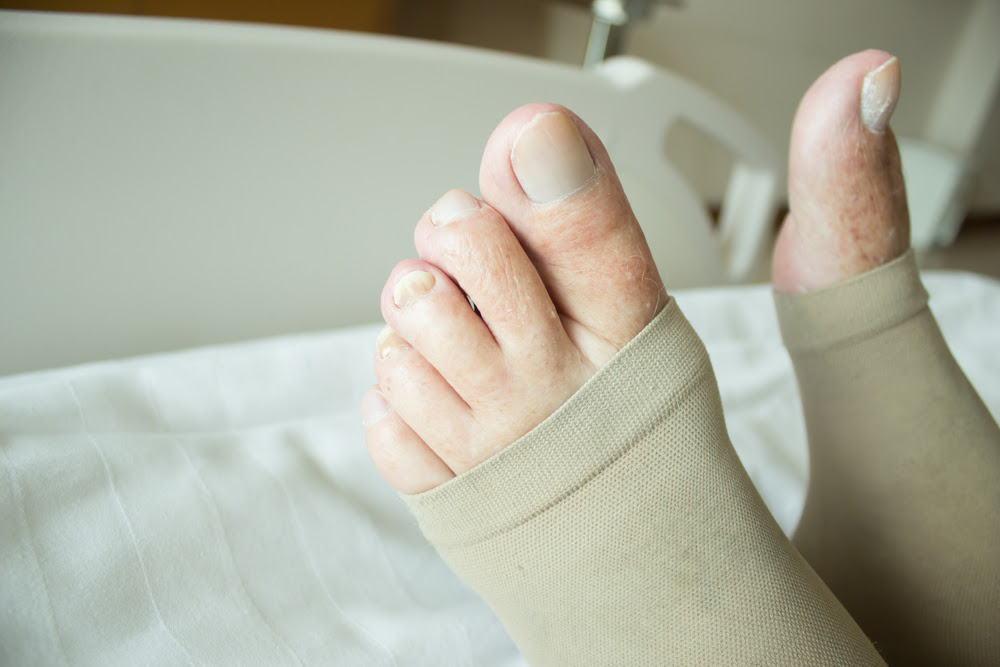 Forget existing medical compression stockings like these ones, ElastiMed’s high-tech electroactive polymer is manipulated through electrical pulses. Photo by Shutterstock


However, up to 60% of patients — especially people who are elderly, obese or have arthritis — find compression stockings too hard to put on and off, and too uncomfortable to wear for long periods of time. Another form of treatment, pneumatic compression devices, use an inflatable sleeve to mimic rhythmic calf muscle contractions, but they are expensive, cumbersome, noisy, and limit mobility.
ElastiMed’s energy-efficient stocking wraps around the leg without any tugging or pulling to put it on and take it off. It stays flat after activation, so it’s comfortable and not bulky.
Edging closer to the market, ElastiMed recently produced a prototype with an injection of $1 million from Trendlines Medical Incubator, Singapore-based Pix Vine Capital and a private Israeli investor. 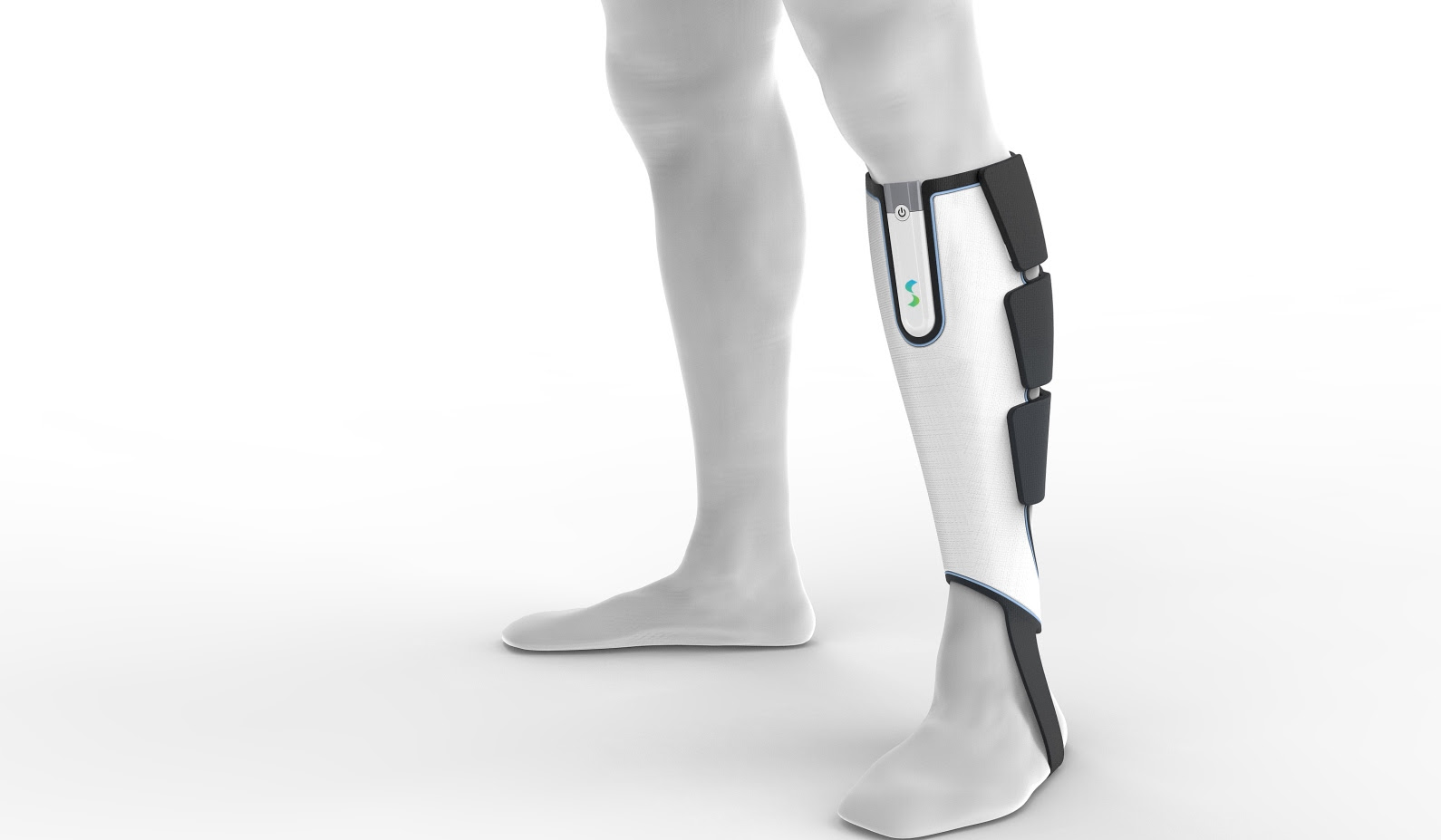 The ElastiMed stocking prototype. Photo: courtesy
Noting that the global medical compression market is valued at $1.1 billion, Zelka says there is “a clear need to increase compliance to improve treatment and prevent symptoms such as swelling, blood clots and leg ulcers from returning.”
Biggest pain point
A few years ago, Zelka learned about electroactive polymers, a smart material that can be manipulated by electric pulses. Tinkering with it in a home lab he built in 2012, eventually he invented an elastic band that expands and contracts according to an electric pulse.
Then he thought about the best application to take it to market.
“We went through a bunch of ideas, and compression stockings fitted like a glove,” Zelka tells ISRAEL21c.
At first, he had intended to offer a pump-free alternative to pneumatic compression garments. But conversations with doctors and patients revealed that the main problem isn’t pneumatic devices but rather medical compression stockings.

“That was where we felt the biggest pain point from patients, and the market is significantly larger,” he says.
ElastiMed was accepted in mid-2014 as a portfolio company of Trendlines Medical, (trendlines.com/medical/) part of the Trendlines Group of incubators in northern Israel. Zelka and his R&D lab manager, Dr. Vered Shuster Ben-Yosef, will be working there until June 2017 under the guidance of advisers in and out of the incubator.
“We’ve reached the point where our band can apply the required pressure and can achieve required activation cycles,” says Zelka. “Now we’re working on a second round of funding to bring us to clinical feasibility and regulatory approvals.”
“We’re hoping to file for the CE Mark next year, and later we’ll file for regulatory approvals in the US,” says Zelka. 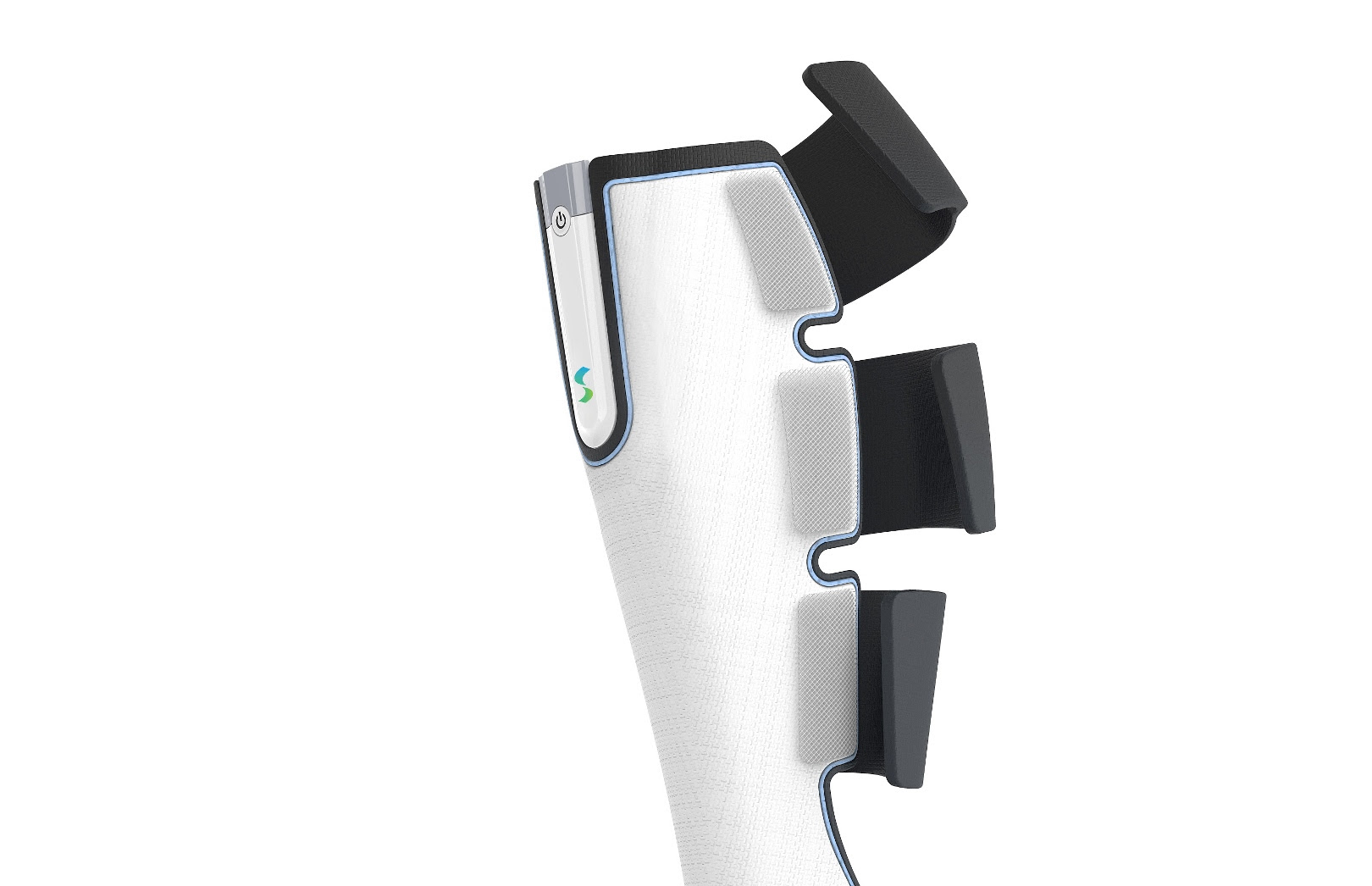 The stocking fastens with Velcro for easy-on, easy-off use. Photo: courtesy
The prototype was made with materials that theoretically could be produced in Israel. Zelka hopes that assembly of the finished product also could be done in Israel.
ElastiMed participated in the Trendlines Asia Roadshow from July 4 to 8, where portfolio companies were introduced to potential partners and investors in Singapore, Hong Kong and China. (Other participating startups are Escala Medical, Fidmi Medical, Gordian Surgical, Leviticus Cardio, OrthoSpin and ProArc Medical.)
“The biggest market in Asia for us is Japan, and the Asian market in general is growing at a faster pace than in the West,” says Zelka.
For more information, click here.
Publicado por salud equitativa en 8:06