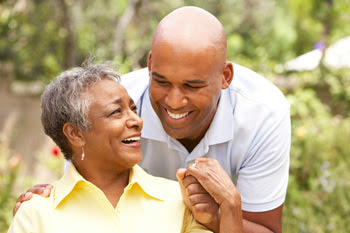 On September 22, 2016, CDC in conjunction with the National Council on Aging (NCOA) will celebrate Falls Prevention Awareness Day (#FPAD16). To highlight this important issue CDC published a new MMWR article titled “Falls and Fall Injuries Among Adults Aged 65 Years and Over — United States, 2014.”
This new report found that in 2014, over one in four older adults in the U.S. reported falling, totaling nearly 29 million falls. Over seven million of these falls required medical treatment or restricted activity for at least a day. Furthermore, more than 27,000 older Americans died as a result of these falls, an average of 74 deaths each day.
Although all older adults are at risk for falling, there are some differences in fall incidence based on where they live and their demographics. For example, the percentage of older adults who reported a fall ranged from 21 percent in Hawaii to a high of 34 percent in Arkansas. Women experience two-thirds of all fall injuries and American Indians/Alaskan Natives (AI/NA) are three times as likely to have a fall injury compared to Whites.
The older adult population in the U.S. is increasing rapidly given more than 10,000 Baby Boomers turn 65 each day and at the same time, Americans are living longer than ever before. This over 65 population is estimated to increase by more than 50% over the next 15 years, resulting in 74 million older adults by 2030 accompanied by nearly 49 million falls and 12 million fall injuries.
These falls are also costly. Annual Medicare costs for falls in 2014 were over $31 billion. These costs are expected to surge unless preventive measures are taken.
CDC & Older Adult Falls
In response to this growing threat to older adults’ safety, health and independence, CDC developed the Stopping Elderly Accidents, Deaths and Injuries, or STEADI initiative to help clinicians incorporate fall prevention into their regular practice. Falls are preventable. Specific steps can be taken within the clinical setting to help safeguard older Americans so they stay healthy, active, and independent longer.
Learn More
Spread the Word
Facebook
Twitter
Publicado por salud equitativa en 5:55