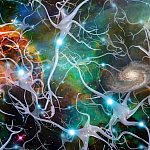 You’re more likely to remember things when something novel grabs your attention right around the time of the event. bestdesigns/iStock/Thinkstock
Information about your everyday experiences, such as where and when an event occurred, are encoded into your memory through a seahorse-shaped brain region called the hippocampus. If something novel grabs your attention, you’re more likely to remember things that happened right before or after the event. However, the molecular mechanisms underlying this novelty-induced memory boost isn’t known.
Dopamine is one brain chemical that can have a memory-boosting effect. Two brain regions, the locus coeruleus and the ventral tegmental area, have dopamine-releasing neurons that project into the hippocampus. A team of researchers led by Dr. Robert W. Greene at the University of Texas Southwestern Medical Center and Dr. Richard G.M. Morris at the University of Edinburgh investigated whether the dopamine cells in either of these brain regions play a role in novelty-induced memory enhancement in mice. The research was funded in part by NIH’s National Institute of Mental Health (NIMH) and National Institute on Drug Abuse (NIDA). Results appeared online in Nature on September 7, 2016.
The researchers set up a small arena with 23 wells filled with sand. Mice were trained to find a hidden piece of food. Following the training period, mice remembered the location of the food after 1 hour, but not after 24 hours. The team tested whether a novel experience—exploring a box with an unfamiliar floor material—could affect the animals’ memory. They placed the box in the arena 30 minutes after the training period. Mice that experienced the unexpected event were able to recollect the food’s location 24 hours later.
The team investigated which brain region underlies this novelty-induced memory boost. Using a technique called optogenetics, they inserted a light-responsive protein into cells within the locus coeruleus and ventral tegmental area. This enabled them to turn on brain cells in these regions by using a blue light. The scientists attempted to mimic the novelty-induced effect by turning on cells in the different brain regions 30 minutes after the training period. When locus coeruleus cells were activated, the mice remembered where the food was buried 24 hours later. Activating ventral tegmental area neurons, however, didn’t improve the mice’s memory.
Neurons in the locus coeruleus release both dopamine and another chemical called norepinephrine. The light-induced memory boost from the locus coeruleus could be prevented by pharmacologically blocking dopamine receptors in the hippocampus, but not norepinephrine receptors. These findings suggest that the dopamine released from locus coeruleus neurons is responsible for novelty-induced memory enhancement.
“Activation of the locus coeruleus increases our memory of events that happen at the time of activation, as evidenced by increased recall of those memories at a later time,” Greene explains. “In general, anything that will grab your attention in a persistent kind of way can lead to [its] activation to enhance memory.” The team would like to investigate how these findings might affect human learning.
—by Tianna Hicklin, Ph.D.