Pediatricians' report details the many benefits 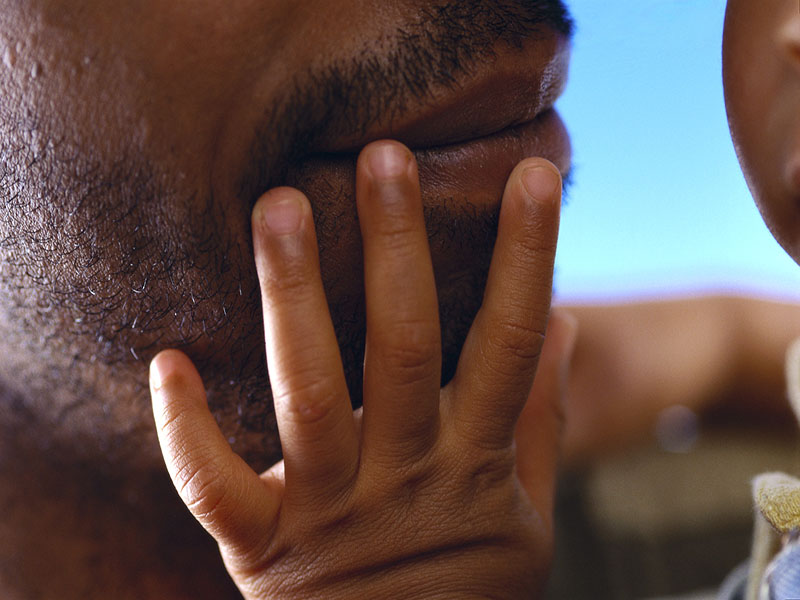 MONDAY, June 13, 2016 (HealthDay News) -- Fathers play a unique and important role in their children's development, a new report shows.
Just in time for Father's Day, the American Academy of Pediatrics report says U.S. dads are more involved in child care than ever before. At the same time, studies show that those involved fathers have important effects on kids' health and well-being.
"From everyone's standpoint, the more we can do to encourage fathers' involvement, the better," said Dr. Michael Yogman, a co-author of the report.
"It's beneficial for kids. Fathers aren't just 'redundant,' doing the same things as mothers do," added Yogman, who chairs the academy's committee on psychosocial aspects of child and family health.
Studies have found that older kids with involved fathers tend to have fewer depression symptoms and behavioral problems, and lower rates of teen pregnancy.
When it comes to young children, fathers can have effects on language development and mental health, according to the academy. Research has shown that dads are more likely to use new words when they talk to their babies and preschoolers, for example.
And fathers' typical ways of playing are different, too, Yogman said.
"It's a stereotype, but it's true that fathers do more of the rough-and-tumble style of play," Yogman said. "They often encourage their children to explore and take risks, while mothers offer stability and safety. There's room for both."
Research suggests that preschoolers tend to have fewer mental health symptoms -- like anxiety or aggression -- when their fathers are regularly involved in playtime, the academy says.
None of that is to suggest that children of single moms do not fare well, Yogman stressed. And, he said, the new report defines "father" in a broad sense -- not only the biological father who lives with a child.
It includes fathers who don't live with their children, grandfathers and any male figure who's invested in a child's well-being.
The report was published online June 13 in the journal Pediatrics.
The fact that dads matter is not new, but the report pulls together the growing body of research on fathers' impact, said Eric Lewandowski, a psychologist at NYU Langone's Child Study Center in New York City.
The report also encourages fathers to be involved as primary caregivers, and not just as "auxiliary" support, Lewandowski said.
He also stressed that children without an involved father can and do "thrive." What's key, Lewandowski said, is that kids have their needs met, consistently and reliably.
There are signs that U.S. fathers are becoming more involved in child care, Yogman said. That's, in part, because the ranks of stay-at-home and single dads have grown.
In 2012, there were nearly 2 million single fathers in the United States -- up 60 percent from 10 years earlier, based on Census Bureau figures. The number of stay-at-home dads stood at 189,000 versus 98,000 a decade before.
Compared with decades ago, some social shifts have encouraged dads to be more involved, Yogman said. "It used to be, we didn't even let fathers into the delivery room," he noted.
But, he added, it's still difficult for fathers to balance work and family time. For one, few employers offer paid family leave for new dads or moms, Yogman pointed out.
"I think it's really sad that the U.S. is one of the few countries without paid family leave," he said.
Getting fathers involved in child care right away is important, Yogman said. "That sends the message that they matter," he said.
Even when fathers do not live with their children, Yogman said, they still have an important role to play beyond financial support.
"Have meals with your kids, take them to the park," he said. "Read to them, talk to them, listen to them. You'll find out your kids cherish that time."
Some fathers need extra support, Yogman added. He pointed to a Boston program focused on fathers who've spent time in prison: Dads and their kids come to the Boston Children's Museum to play in a "welcoming, child-centered learning environment."
Lewandowski said he hopes the new report encourages more efforts to get dads involved, including wider support for family leave.
"This report helps demonstrate that for children of all ages, fathers also make unique contributions with their own involvement, according to their own instincts," Lewandowski said.
SOURCES: Michael Yogman, M.D., chair, Committee on Psychosocial Aspects of Child and Family Health, American Academy of Pediatrics; Eric Lewandowski, Ph.D., clinical assistant professor, child and adolescent psychiatry, NYU Langone Child Study Center, New York City; July 2016 Pediatrics
HealthDay
Copyright (c) 2016 HealthDay. All rights reserved.
News stories are provided by HealthDay and do not reflect the views of MedlinePlus, the National Library of Medicine, the National Institutes of Health, the U.S. Department of Health and Human Services, or federal policy.