Even after a year-long break, kids maintained their tolerance 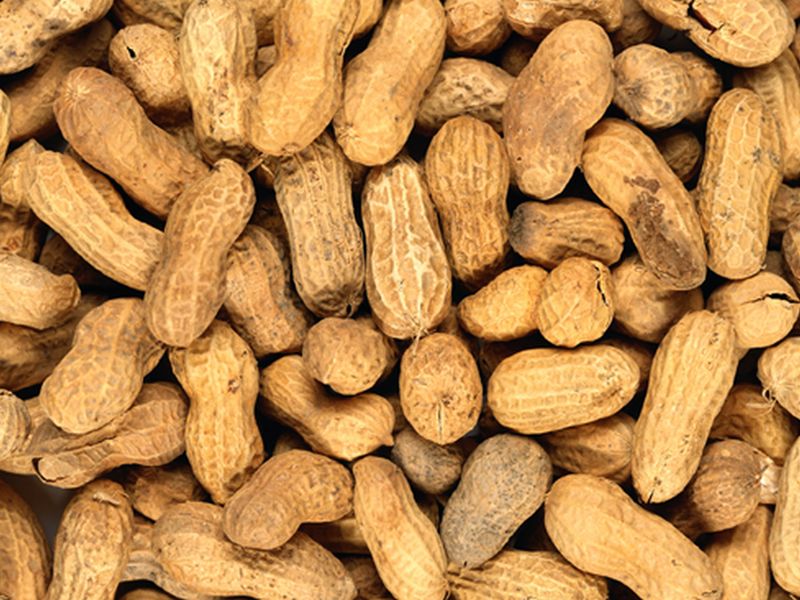 FRIDAY, March 4, 2016 (HealthDay News) -- Once a tolerance to peanuts has developed in kids considered at high-risk for developing a peanut allergy, it seems to last, new research suggests.
The children in the study developed a tolerance after they were fed peanuts for years as part of a supervised clinical trial. Now, the researchers are reporting that those youngsters maintained their tolerance for at least a year, even if they didn't keep eating peanuts.
"The therapy persisted, and after 12 months of avoidance there was no increase in the rates of peanut allergy. They maintained their ability to tolerate peanuts, even though they hadn't been eating it," said Dr. Sherry Farzan, an allergist with Northwell Health in Great Neck, N.Y. Farzan wasn't involved in the research.
This suggests that the immune system "learns" that peanut is not a threat to the body, and kids won't have to keep eating peanuts for the rest of their lives to maintain their tolerance, said Dr. Scott Sicherer. He's a pediatric allergy specialist at Mount Sinai Hospital in New York City. Sicherer also wasn't part of the current study.
Both Farzan and Sicherer warned that this allergy prevention strategy should only be pursued with a doctor's supervision. Doctors know the proper amount of peanut that will challenge the immune system without provoking a reaction, and can step in to protect the child if a reaction does occur.
And, this prevention therapy is only for kids at risk of peanut allergy, not for kids who already have developed the allergy, Sicherer warned.
"If you have someone who already had a peanut allergy and gave them peanuts, then they'd get sick and maybe end up in an emergency room," he said.
Findings from the study are scheduled to be presented Friday at the American Academy of Allergy, Asthma & Immunology meeting in Los Angeles. The study was also published online March 4 in theNew England Journal of Medicine.
The new study is an extension of the groundbreaking LEAP (Learning Early about Peanut Allergy) clinical trial. Last year, that trial found that feeding peanuts to at-risk babies for 60 months reduced their risk of developing a peanut allergy. The study determined an infant's risk of peanut allergy using an allergy skin test.
The initial findings turned allergy science on its head. Previously, doctors had told parents to avoid exposing kids to potentially allergic foods until they were older and their immune systems were more mature, Sicherer said.
But the LEAP trial found that exposing at-risk kids to peanuts regularly beginning in infancy actually prevented peanut allergies by the time they reached age 5, Sicherer said. Eating peanuts lowered the rate of peanut allergy by 80 percent in the now-preschoolers, according to the study authors.
"For this high-risk group, waiting longer and longer to eat peanut isn't good," Sicherer said. "It's better to get it into your diet as soon as possible."
But one outstanding question remained from the initial study, Sicherer said -- would these kids have to eat peanuts regularly for the rest of their lives to maintain their tolerance?
To answer this question, the researchers followed more than 500 of the original 640 children for a one-year period of peanut avoidance. Half of this group included previous peanut consumers. The other half had always avoided peanuts.
After 12 months of peanut avoidance, only 5 percent of the original peanut consumers were found to be allergic, compared to 19 percent of the original peanut avoiders, the findings showed.
"This study offers reassurance that eating peanut-containing foods as part of a normal diet -- with occasional periods of time without peanut -- will be a safe practice for most children following successful tolerance therapy," said Dr. Gerald Nepom. He is director of the Immune Tolerance Network (ITN), the consortium behind the LEAP trial.
"The immune system appears to remember and sustain its tolerant state, even without continuous regular exposure to peanuts," he added in an ITN news release.
Farzan said there appears to be a "critical period" between 4 and 11 months where "we can push the immune system around a little."
Farzan and Sicherer both said that by the time kids reach age 5, the immune system appears to have accepted that peanuts aren't a danger to the body.
"After following this pattern, it may not be that important anymore, at least after age 5, to worry if someone isn't keeping up," Sicherer said. "It may not be necessary to keep up with such consistent ingestion."
SOURCES: Sherry Farzan, M.D., allergist, Northwell Health, Great Neck, N.Y.; Scott Sicherer, M.D., pediatric allergy specialist, Mount Sinai Hospital, New York City; Immune Tolerance Network, news release, March 4, 2016; March 4, 2016, presentation, American Academy of Allergy, Asthma & Immunology annual meeting, Los Angeles; March 4, 2016, New England Journal of Medicine, online
HealthDay
Copyright (c) 2016 HealthDay. All rights reserved.