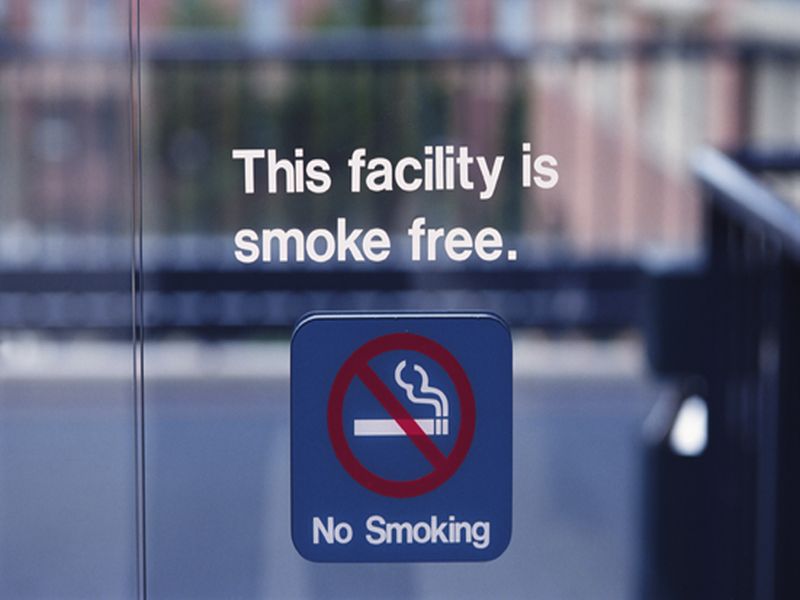 MONDAY, March 28, 2016 (HealthDay News) -- More than 1.8 million Americans tried to quit smoking in 2014 as a result of a federal anti-smoking ad campaign and 104,000 quit for good, a U.S. government survey found.
The success rates of the three-year-old campaign still appear strong, according to survey results for 2014 published in the journal Preventing Chronic Disease.
The U.S. Centers for Disease Control and Prevention launched its Tips From Former Smokers (TIPS) national tobacco education campaign in 2012, by running ads for 12 straight weeks. The nine-week 2014 campaign aired ads in two phases, from Feb. 3 to April 6 and from July 7 to Sept. 7.
The first phase of the 2014 campaign mainly featured ads from the 2012 and 2013 campaigns. The second phase centered on new ads highlighting smokers and their tobacco-related health problems, such as cancer, gum disease, stroke and premature birth.
About 80 percent of adult smokers surveyed said they saw at least one of the CDC's ads in phase 2 of the 2014 campaign.
The TIPS campaign "has helped at least 400,000 smokers quit smoking for good since 2012," CDC Director Dr. Tom Frieden said in an agency news release. "(TIPS) is also extremely cost-effective and a best buy, saving both lives and money. With a year-round campaign, we could save even more lives and money."
Corinne Graffunder, director of the CDC's Office on Smoking and Health, called the TIPS campaign an important counterweight to the $1 million that the tobacco industry spends every hour on cigarette ads and promotion.
"The money spent in one year on (TIPS) is less than the amount the tobacco industry spends on advertising and promotion in just three days," she noted in the release.
Smoking-related health problems cost the United States more than $300 billion a year. That includes nearly $170 billion in direct health care costs and more than $156 billion in lost productivity, according to the CDC.
Cigarettes are the leading preventable cause of death in the United States, killing about 480,000 people a year, the most recent Surgeon General's Report said.
SOURCE: U.S. Centers for Disease Control and Prevention, news release, March 24, 2016
HealthDay
Copyright (c) 2016 HealthDay. All rights reserved.