Consistent Self-Weighing Might Give Your Diet a Boost: MedlinePlus

Consistent Self-Weighing Might Give Your Diet a Boost: MedlinePlus 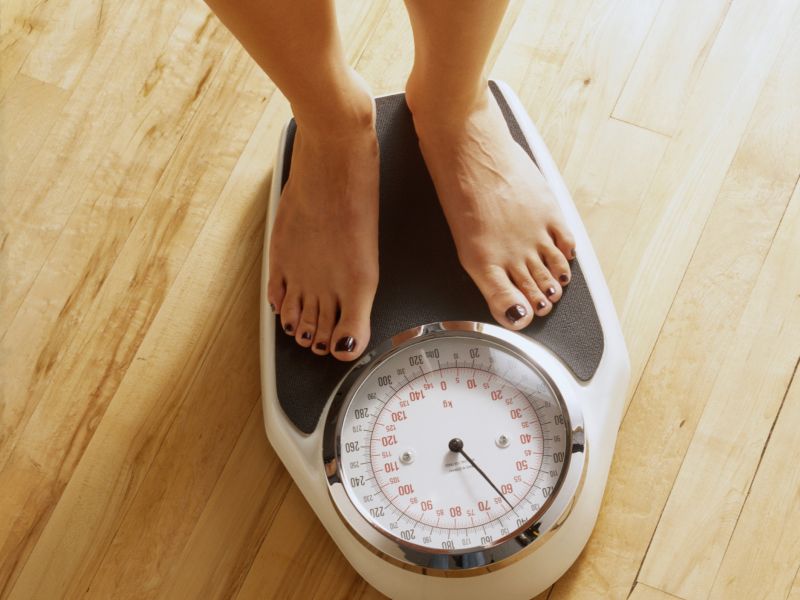 FRIDAY, March 4, 2016 (HealthDay News) -- Want to boost the odds your diet might work? Head to those bathroom scales more often.
That's the finding from a new study that suggests consistent self-weighing might improve people's daily determination to shed pounds.
One expert who reviewed the study wasn't surprised.
"Self-monitoring has been shown in many weight-management studies to improve weight loss and maintenance," said nutritionist Nancy Copperman, of Northwell Health in Lake Success, N.Y.
"In this study, more frequent and consistent weighing had a positive effect on a person's confidence to lose weight -- which might be an explanation" for the strategy's success, said Copperman, who is assistant vice president of public health at Northwell.
In the new study, a team led by Yaguang Zheng, of the Connell School of Nursing at Boston College, tracked outcomes for 148 people. All of the study participants took part in a 12-month behavioral weight-loss study and were grouped according to how often they weighed themselves as they were dieting.
Those in the "high/consistent" group weighed themselves at least six days a week throughout the study period. Those in the "moderate/declined" group tended to slack off their self-weigh-ins (declining from four or five days a week to two days a week). And those in the "minimal/declined" group decreased their self-weigh-ins from five or six days a week to no weigh-ins during the week.
At six and 12 months, the researchers assessed what they called the participants' "confidence to avoid eating" in certain situations -- such as when they felt down, when food was readily available, and when there was any social pressure to eat.
By the end of the study, participants in the high/consistent self-weighing group had the largest increases in their confidence to avoid overeating, while dieters in the other two groups experienced no change, the Boston team said.
Another expert called the results "dramatic."
"There seems to be a clear relationship between people whose confidence to avoid eating under varied situations and moods increased over the year they were followed, and the frequency at which they weighed themselves," said Columbia University nutritionist Pamela Koch.
But does that change in determination to stay away from excess eating actually lead to more weight loss in people who frequently weighed themselves? Koch said the answer isn't clear.
"The study's conclusions might be much more significant if those who had high confidence and high weighing behaviors were also those who gained the least, or no weight at all, over that year," said Koch, who directs Columbia's Tisch Center for Food, Education and Policy.
The study was to be presented Friday at an American Heart Association meeting in Phoenix. Experts note that research presented at medical meetings is typically considered preliminary until published in a peer-reviewed journal.
SOURCES: Nancy Copperman, M.S., R.D., assistant vice president, public health and community partnerships, Northwell Health, Lake Success, N.Y.; Pamela Koch, M.S., executive director, Laurie M. Tisch Center for Food, Education, and Policy, Teachers College, Columbia University, New York City; American Heart Association, news release, March 4, 2016
HealthDay
Copyright (c) 2016 HealthDay. All rights reserved.