This national network of public health laboratories prevents an estimated 270,000 cases of food poisoning and saves half a billion dollars every year, according to a study released today. 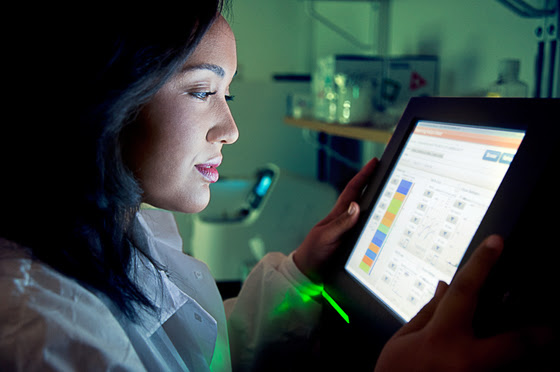 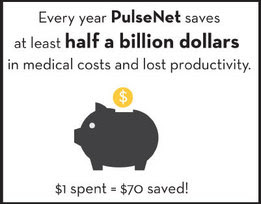 By preventing foodborne illness, PulseNet not only saves lives but also saves an estimated $500 million a year in medical costs and lost productivity, according to the study, “An Economic Analysis of PulseNet,” published in the American Journal of Preventive Medicine. In comparison, the network costs public health agencies about $7 million a year to run. So, for every dollar spent, an estimated $70 is saved.
PulseNet connects cases of foodborne illness by comparing DNA fingerprints of the foodborne bacteria and matching illnesses across the country that may be from the same source.
Using PulseNet, public health investigators can work quickly to find the source of the illness, recall contaminated food, and prevent more illnesses.
Since it started in 1996, PulseNet has revolutionized how foodborne disease outbreaks are detected and investigated. Before PulseNet, foodborne disease outbreaks often went undetected or were discovered only after they grew very large. Scientists can now find outbreaks even if only a few people are sick and they live in different parts of the country. Many products and food handling practices are safer today because of PulseNet investigations, which have informed production changes in the food industry and new or improved guidance, policy and regulations.
“PulseNet has provided an incredible return on investment with hundreds of thousands of people able to stay healthy as a result of this early warning system,” said CDC Director Tom Frieden, M.D., M.P.H. “Advanced molecular detection technology, such as whole genome sequencing, is enhancing CDC PulseNet’s ability to save lives right now – and promises to save more American lives in the future.”


Every year, PulseNet identifies about 1,500 clusters of illness caused by E. coli, Listeria and Salmonella, including about 25 multistate outbreaks linked to food. 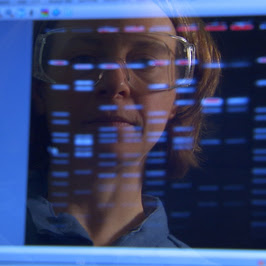 CDC launched PulseNet in collaboration with state public health laboratories, the Food and Drug Administration, the U.S. Department of Agriculture's Food Safety and Inspection Service, and the Association of Public Health Laboratories. PulseNet’s success is made possible because of participation by public health officials and health care providers.