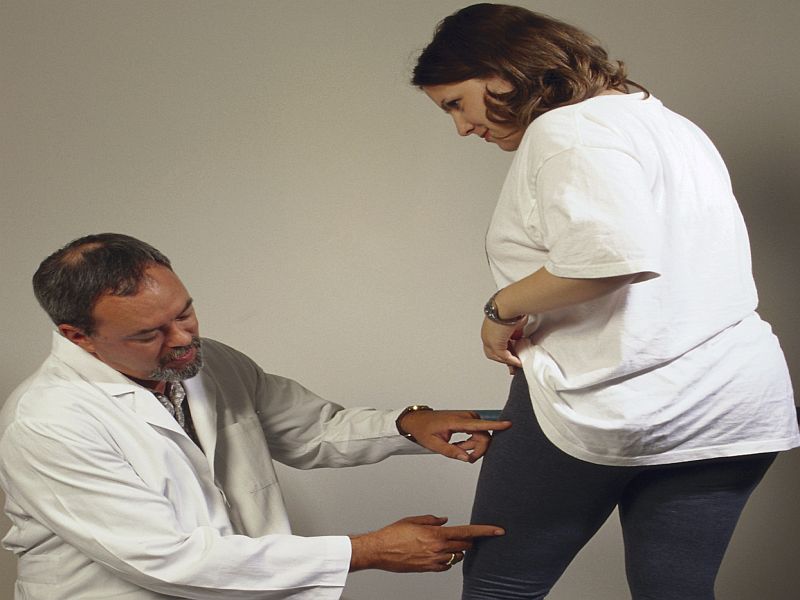 TUESDAY, Feb. 23, 2016 (HealthDay News) -- Compared to men, women under the age of 70 who have kidney disease are at higher odds for peripheral arterial disease (PAD), an often disabling impairment of blood flow in the legs.
That's the finding from a new study of almost 3,200 people with chronic kidney disease. Researchers led by Dr. Grace Wang, of the Hospital of the University of Pennsylvania in Philadelphia, found that women under 70 with kidney disease had a 53 percent higher risk of PAD compared to their male peers.
However, after age 70 the difference between the sexes evened out, the researchers noted.
Why would PAD affect women earlier? According to the study authors, "females are known to have smaller diameter vessels compared to men." That could mean that, given similar amounts of plaque buildup in vessels, women's might close off earlier than men's.
The findings show that women with kidney disease may need closer monitoring at younger ages, two experts said.
"Based on these results, it is imperative that we maintain a higher index of suspicion for diagnosing such vascular problems in women sooner," said Dr. Reese Wain, chief of vascular surgery at Winthrop-University Hospital in Mineola, N.Y.
Dr. Suzanne Steinbaum directs women's heart health at Lenox Hill Hospital in New York City. She said there is now "a greater and greater understanding of the profound differences between men and women's arteries."
According to Steinbaum, "women's arteries are significantly affected by kidney disease, and this correlation emphasizes the critical importance of early screening and detection for those women at the greatest risk."
PAD involves a narrowing of vessels that carry blood to the arms or legs. Left unchecked, PAD can cause serious disability and even limb loss or death, according to the American Heart Association. About 8 million people in the United States aged 40 and older, and up to 20 percent of Americans over 65, are affected by PAD, the heart association says.
According to Wang's team, prior research has shown that women with PAD have even greater functional impairment and worse quality of life compared to men with the disease.
In their study, the Philadelphia team looked at rates of PAD in nearly 3,200 patients with chronic kidney disease. Average age was about 57.
They found that women had 53 percent higher odds for PAD than men, but this gap was most pronounced for patients under the age of 70.
Wang's team believes that, based on the new findings, current recommendations to begin screening people at age 50 (if they have smoked or have diabetes) or 65 (without such risk factors) "is likely 'too late' for women."
The study was published Feb. 23 in the journal Circulation: Cardiovascular Quality and Outcomes.
SOURCES: Reese Wain, M.D., chief, division of vascular surgery, Winthrop-University Hospital, Mineola, N.Y.; Suzanne Steinbaum, M.D., director, Women's Heart Health, Lenox Hill Hospital, New York City; Feb. 23, 2016, Circulation: Cardiovascular Quality and Outcomes
HealthDay
Copyright (c) 2016 HealthDay. All rights reserved.