By Ananya Mandal, MDNov 1 2018
The vermiform appendix or appendix as we commonly know it, is a vestigial organ of the body which does not come into notice unless it is inflamed (such as in appendicitis). In cases of appendicitis, the finger like part of the gut at the base of the caecum is surgically removed.
Now researchers have come up with a finding that this appendix may play a role in Parkinson’s disease, the degenerative brain disease that leads to severe movement disorders.
The study, 'The vermiform appendix impacts the risk of developing Parkinson’s disease', is published in the latest issue of the journal Science Translational Medicine. 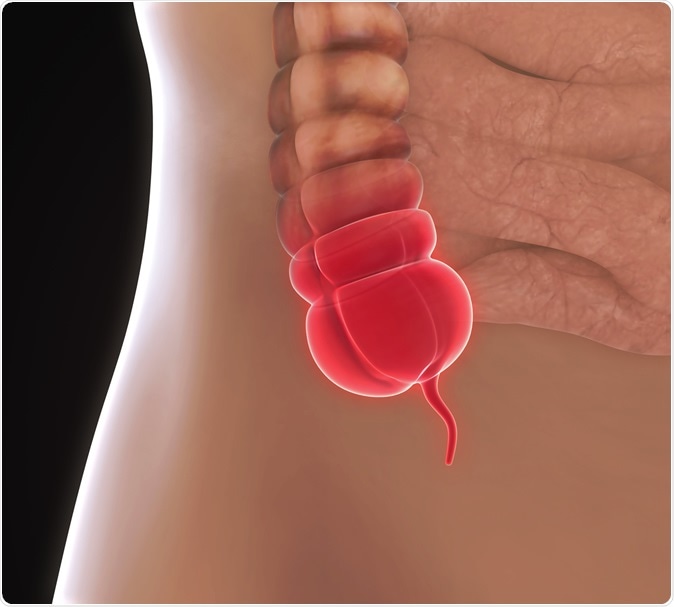 The team looked at the contents of the appendix and found that it contained a toxic protein called alpha synuclein. Incidentally the brains of Parkinson’s disease patients also contain high amounts of this toxic protein. The chemical structure of the protein found in the appendix of a Parkinson’s patient was found to be different from what was found in healthy persons, the researchers noted. Although experts as well as researchers have warned that the appendix may not be the only organ to blame, they have said that the gut needs to be looked at carefully. The gut may contain toxic proteins that travel up to the brain via the vagus nerve to cause neurodegenerative conditions.
Dr Viviane Labrie, an assistant professor at Van Andel Research Institute in Michigan and senior author of the study, said that this study does not recommend all people to undergo an appendectomy (surgical removal of appendix) to protect themselves from Parkinson’s disease. She said, “It would be much more wise to control or dampen excessive formation of alpha synuclein to tune down the overabundance or potentially to prevent its escape.” She explained that drug therapies could target this finding to prevent Parkinson’s disease. She added that the appendix actually may play a role in the body’s immune system as well.
Claire Bale, from Parkinson’s UK in a statement said, “This research is really important because it gives us some of the most compelling evidence yet that Parkinson's may begin outside the brain, which is a revolutionary new idea that is emerging in the scientific world. Understanding where and how Parkinson's begins will be absolutely crucial to developing treatments that can stop it and potential prevent it altogether.”
The study was supported by Michael J Fox Foundation for Parkinson's Research and Shake it Up Australia Foundation.
Source:
http://stm.sciencemag.org/content/10/465/eaar5280
Publicado por salud equitativa en 10:36