By Sally Robertson, B.Sc.Nov 29 2018Reviewed by Kate Anderton, B.Sc.
A new study has found that a common but dangerous sleep disorder called obstructive sleep apnea (OSA) poses more of a cardiac risk to women than men. The research, which will be presented today at the annual meeting of the Radiological Society of North America, also suggests that OSA is commonly undiagnosed among people who snore. 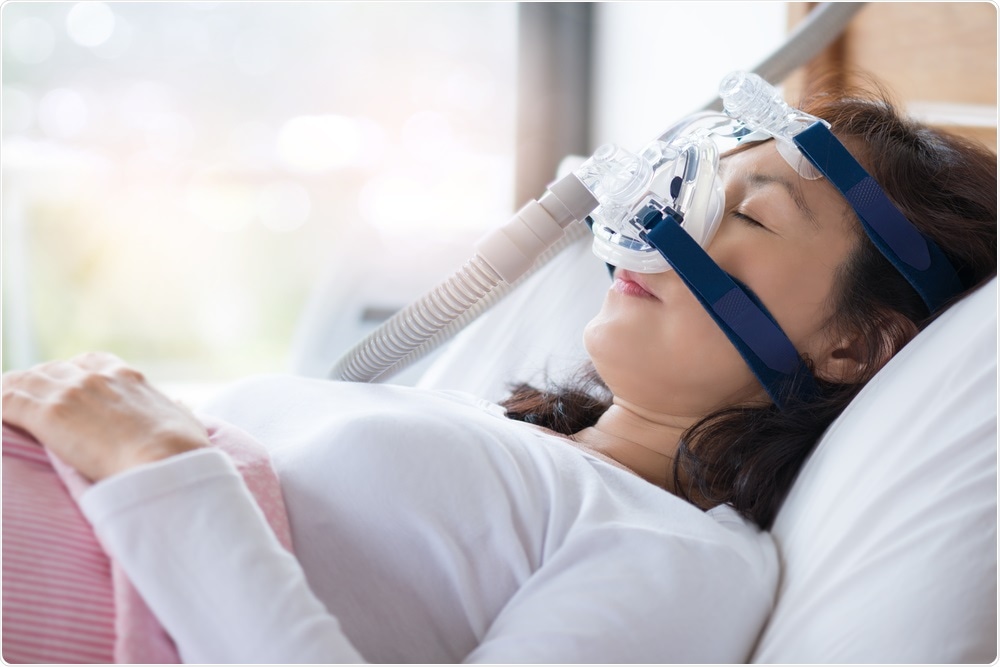 sbw18 | Shutterstock
OSA arises when muscles in the throat relax and block the airway while a person is sleeping, causing them to gasp for air during sleep and snore loudly.
The condition is associated with an increased risk for left ventricular dysfunction and sometimes right ventricular dysfunction, within the heart.
Now, Adrian Curta (Munich University Hospital) and colleagues have assessed UK Biobank data available for individuals who had undergone a cardiac MRI scan.
The participants were categorized into three groups: those who had OSA (118), those who self-reported snoring (1,886) and those who did not have OSA or who did not snore (2,477).
Curta and colleagues report that among both men and women in the OSA and snoring groups, left ventricular mass was increased, compared with those who did not have OSA or snore. This means that in the OSA and snoring groups, the walls of the heart’s main pumping chamber were enlarged, making the heart work harder, says Curta.
When they compared those with OSA who snored to those who did not have OSA or snore, the researchers found that a significant difference in the left ventricular mass of women, which was less pronounced than in men.
"We found that the cardiac parameters in women appear to be more easily affected by the disease and that women who snore or have OSA might be at greater risk for cardiac involvement," says Curta.
The team also found that the number of individuals with OSA who had received a diagnosis was extremely low.

Together with the alterations in cardiac function in the snoring group, it leads us to believe that OSA may be grossly underdiagnosed.”
Adrian Curta, First Author

Curta says it is important that people who snore get screened for OSA and receive proper treatment if they have the condition:

I would encourage people who snore to ask their partner to observe them and look for phases during sleep when they stop breathing for a short while and then gasp for air. If unsure, they can spend the night at a sleep lab where breathing is constantly monitored during sleep and even slight alterations can be recorded."
Adrian Curta, First Author