Good morning! Andrew Joseph here filling in for Megan.You can reach me at andrew.joseph@statnews.com. 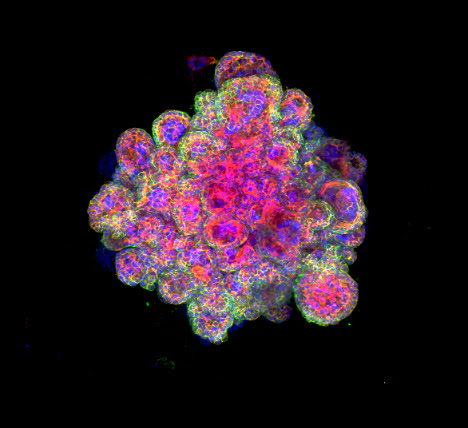 A TROPHOBLAST ORGANOID (CENTRE FOR TROPHOBLAST RESEARCH)
For all its importance in nourishing and protecting embryos, the human placenta is poorly understood. Because of some particular features of the human placenta, animal models aren't that useful. Now, though, researchers have unveiled placental organoids — essentially mini-organs that they can grow and study in lab dishes. Specifically, they created 3-D trophoblast organoids that model what the placenta looks like early in pregnancy. The organoids, which were described in a paper published in Nature, should help researchers learn more about maternal-fetal interactions, as well as why pathogens such as Zika can cross the placenta and infect the fetus and why others are blocked. Plus, said senior author Ashley Moffett of the University of Cambridge, “they’re very beautiful structures.”
Publicado por salud equitativa en 11:16