By Ananya Mandal, MDNov 1 2018
New research shows that keyhole surgery or minimally invasive laparoscopic robotic surgery could be dangerous in the long run for women with cervical cancer. Unlike open surgeries, minimally invasive surgeries are being increasingly conducted and preferred because of their minimal tissue damage, minimal pain and risk as well as faster recovery. Both studies have been published in the latest issue of the New England Journal of Medicine.
The researchers however found that women who were undergoing minimally invasive hysterectomies including some that use robotic surgery for example with the Da Vinci device, are at a greater risk of their cancers coming back compared to women who have had an open surgery. 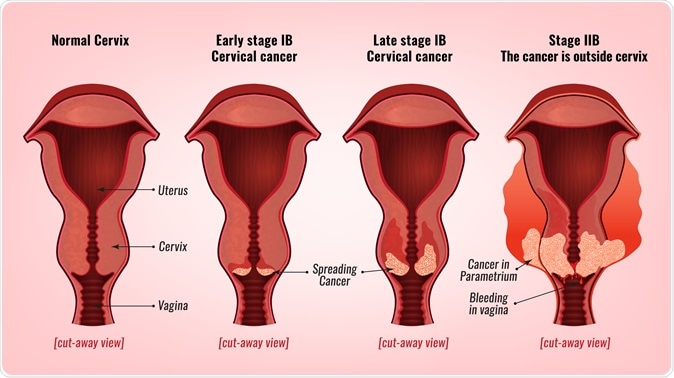 In the second study the researchers randomly assigned 631 women to undergo either open surgery or minimally invasive hysterectomy. These procedures were conducted at 33 hospitals across United States, Brazil, Columbia, Italy, Peru, Australia, Mexico and China. At 4.5 years post-surgery, 95 percent women undergoing traditional open surgeries were disease free compared to 86 percent women undergoing minimally invasive surgery.
Dr. Pedro Ramirez, a professor in gynecologic oncology at MD Anderson and one of the researchers on the study explained that for minimally invasive laparoscopic surgery, usually carbon dioxide gas is used to inflate the abdomen to visualize the surgical field. He said that this carbon dioxide gas could play a role in causing the cancer cells to be implanted in different parts of the abdominal cavity while operating.
Dr. Shohreh Shahabi, chief of gynecological oncology at Northwestern University Feinberg School of Medicine was one of the researchers on one of the study teams. He emphasized that these findings are true for cervical cancers alone as of now and there are several other cancers that are being surgically treated using laparoscopic and minimally invasive surgeries.
Dr. Amanda N. Fader, director of the Kelly Gynecologic-Oncology Service at Johns Hopkins University wrote an editorial accompanying the studies saying that these results were a “great blow” to minimally invasive surgical approaches for cervical cancer. She said Johns Hopkins has since this stopped keyhole surgeries for cervical cancers and reverted back to open surgeries.
Source:
https://www.nejm.org/doi/10.1056/NEJMoa1804923 and https://www.nejm.org/doi/10.1056/NEJMoa1806395
Publicado por salud equitativa en 10:36