By Sally Robertson, B.Sc.Nov 12 2018Reviewed by Kate Anderton, B.Sc.
Researchers at the German Cancer Research Center (Deutsches Krebsforschungszentrum, DKFZ) have established the trigger for catastrophic events that occur within the chromosomes of cancer cells and lead to cancer cell death. 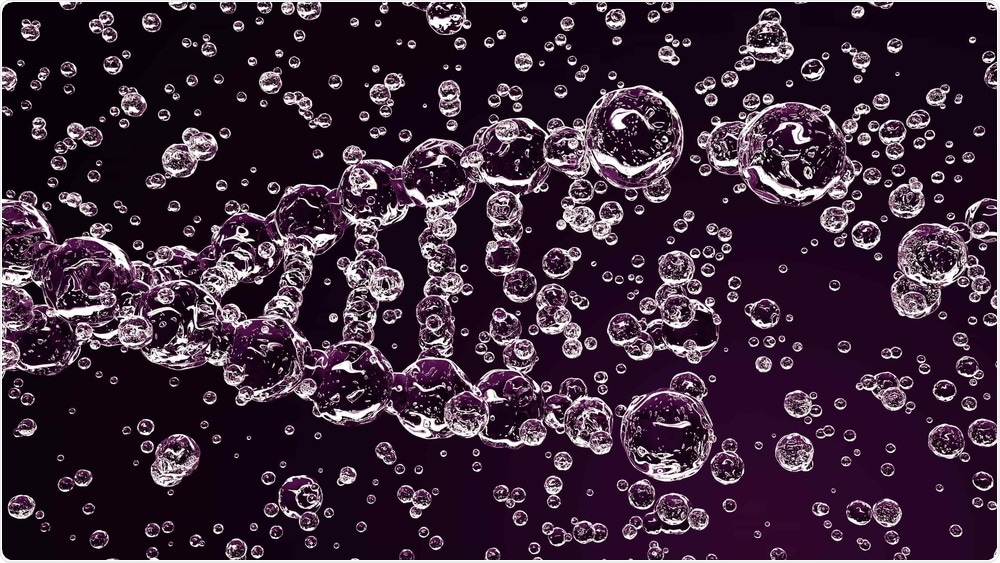 Novikov Aleksey | Shutterstock
They found that failure of DNA repair systems promotes fragmentation and disrupted assembly of chromosomes. However, the researchers say these DNA repair defects could potentially be treated with certain drugs.
Only a few years ago, scientists at the same research center reported that in a particularly aggressive form of childhood brain tumor, unprecedented chaos occurred in the cell nuclei.
Sections of chromosomes were broken at multiple points and incorrectly reassembled, while other sections were incorrectly copied or incorporated.
These events, which scientists refer to as “chromothripsis,” had not been seen before and differed from the genetic defects previously established genetic defects.
Chromothripsis occurs in around 20 to 30% of all cancers, but until now, it has been largely unknown what triggers this genetic disaster.
As reported in the journal Nature Communications, Aurélie Ernst and team identified the failure of certain genetic repair systems as one of the causes.
The team studied a mouse model where the tools used by neural precursor cells to repair broken DNA had been genetically switched off. As a result, the animals developed malignant brain tumors that exhibited a high frequency of chromothripsis.
In addition, the chromothripsis almost always occurred in conjunction with extra copies of the cancer-promoting Myc oncogene.

If the DNA repair is defective and Myc nevertheless stimulates the division of these damaged cells, the risk of chaos in the genome is particularly high.”
Dr. Aurélie Ernst, Lead Author

The team confirmed that the failed genome repair and resulting catastrophic chromosomal events also apply to melanoma, brain tumors and breast cancer in humans and that the Myc oncogene is again involved.
Ernst says that although the chromosome chaos caused by failed DNA repair seem frightening, there are ways to specifically target cancer cells with such defects:

We can use drugs to switch off additionally another important DNA repair system. This leads to so much genetic damage that the cell is unable to survive. Healthy cells, on the other hand, which have all their repair systems, don't mind these drugs."
Dr. Aurélie Ernst, Lead Author

Drugs called PARP inhibitors are already clinically approved agents that block a key DNA repair system and Ernst says that if the genetic material of a tumor exhibits chromothripsis, it may be possible to treat them with PARP inhibitors in the future, although this would require confirmation in preclinical and clinical tests.
Sources:
Defective DNA damage repair leads to chaos in the genome.
Defective DNA damage repair leads to frequent catastrophic genomic events in murine and human tumors. Nature Communications. 12th November 2018.
Publicado por salud equitativa en 11:44