By Sara RydingNov 8 2018
Cell division is integral to understanding development, growth and disease states such as cancer. It has long been known that for replication, a complete new set of DNA and the formation of a septum, dividing the two cells, are necessary. New research changes perspectives of how these two processes influence the timing of cell division. 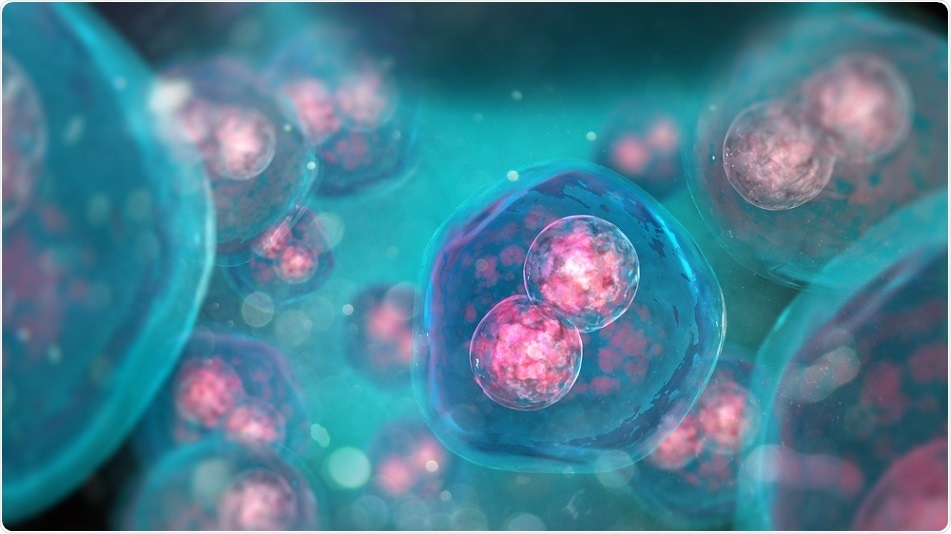 Andrii Vodolazhskyi | Shutterstock
The trigger for cell division was previously unknown, with theories suggesting that the trigger is either completed DNA replication or septum formation. The cell cycle has been seen as a series of cascade-dependent timed transitions, but research has not been able to find the “final trigger”.

New analysis from researchers at the University of Milan, the Santa Fe Institute, ETH Zurich, and Sorbonne University has suggested both triggers need to occur simultaneously for cell division to occur.
The research, carried out on models on preexisting data from E. coli bacteria, showed that the processes occur in a way that relies on each other. Co-author Gabriele Micali, of ETH Zurich, likened the process to a “just in time” supply chain, wherein the arrival of materials is coordinated with when they are needed.
In cell division, this would mean that both DNA replication and septum formation are needed to trigger cell division, and that the slower of the two is the factor that limits how quickly cell division occurs. Researchers liken this to an AND gate, where the slowest processes sets the pace for division.
Another study by the same team of researchers published in October complements the findings of the current one. There, they found that previous theories failed to account for the role of concurrent cycles in triggering cell division. While the previous study focused on the role of DNA replication, the new study highlights the role of septum formation as a vital synchronized process.
While the data was carried out using models on bacteria, the researchers believe it can be extrapolated to more organisms. The next step in refining our understanding of cell division is to elucidate the mechanisms that coordinate DNA replication and septum formation. Understanding more about the coordination system of cell division can help researchers understand pathologies such as cancer, when there is a disturbance in control of cell division.
Sources:
Publicado por salud equitativa en 9:41