15 outbreaks in U.S. linked to the illegal reptiles 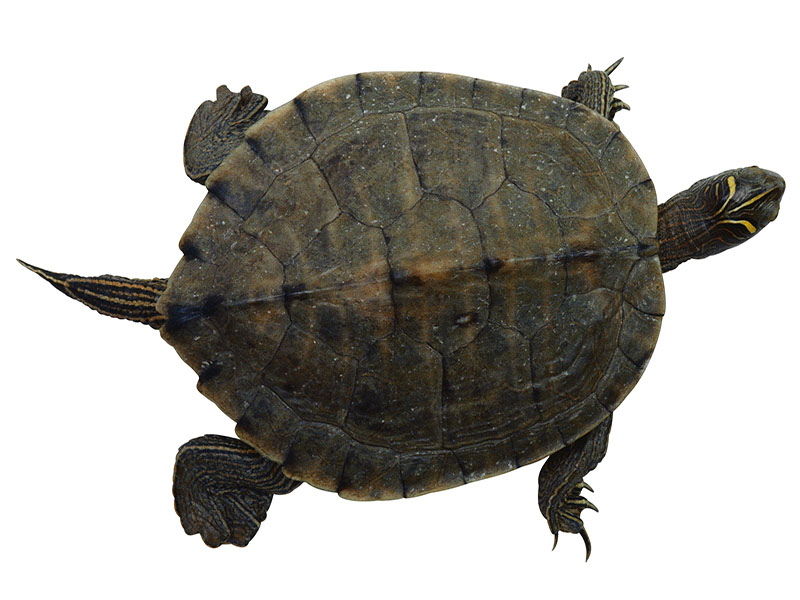 WEDNESDAY, June 15, 2016 (HealthDay News) -- Kissing a turtle may be more than just yucky -- sometimes it can literally be sickening.
U.S. health officials found that illegal small turtles caused 15 outbreaks of Salmonella in the United States over the past decade. Half of the cases were in children under 10.
Certain behaviors were likely to lead to infection, the new report said. Among those behaviors: "Kissing turtles, letting them roam on kitchen countertops and tabletops where food and drink is prepared or consumed, and cleaning turtle habitats in kitchen sinks," researchers from the U.S. Centers for Disease Control and Prevention said.
Although banned since 1975, turtles less than 4 inches long remain popular as pets in the United States, according to the report.
"Exposure to small pet turtles has long been recognized as a source of human salmonellosis in the United States, and the public health risk may be increasing," said researchers, led by the CDC's Stacey Bosch. "These small reptiles are readily acquired through multiple venues and continue to be the main source of turtle-associated salmonellosis in children."
Prevention will require "a comprehensive approach involving human, animal, and environmental health," the researchers said in an agency news release.
The report is published in the July issue of Emerging Infectious Diseases.
Prior to the ban, salmonella illnesses linked to turtles sickened about 280,000 people each year, according to the CDC.
It's possible to become infected without picking up the turtle, Maroya Walters, an epidemiologist with the CDC, said recently. "You don't actually have to hold the turtle or touch its aquarium or water to get sick. Cross-contamination of surfaces can cause illness as well," she said.
Salmonella symptoms include diarrhea, fever and abdominal cramps between 12 and 72 hours after infection. The illness usually lasts four to seven days, and most people recover without treatment, the CDC says.
But in severe cases, hospitalization may be required. In these patients, the salmonella infection may spread to the bloodstream and to other parts of the body. In such cases, salmonella can be fatal without antibiotic treatment, according to the CDC.
The elderly, infants, pregnant women and those with impaired immune systems are more likely to have a severe illness, the agency says.
All turtles can carry and transmit salmonella on their skin and shells, Walters said. "Turtles and other reptiles shouldn't be kept at home or school or any other facilities where there are children under 5," she said.
In homes with older children or where people choose to keep reptiles, it's important to wash your hands after handling turtles or their environment or any area where they roam, Walters said.
SOURCE: U.S. Centers for Disease Control and Prevention, Emerging Infectious Diseases, July 2016
HealthDay
Copyright (c) 2016 HealthDay. All rights reserved.
News stories are provided by HealthDay and do not reflect the views of MedlinePlus, the National Library of Medicine, the National Institutes of Health, the U.S. Department of Health and Human Services, or federal policy.