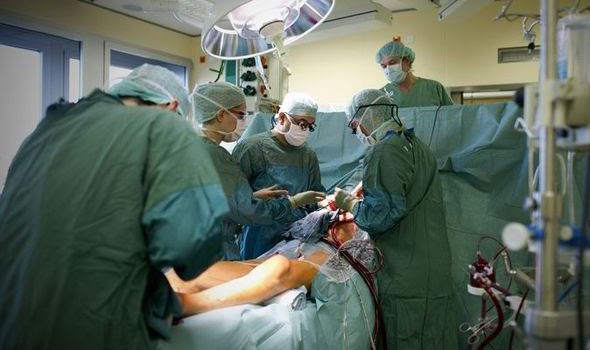 Since 2005 about 40 people in Belgium and the Netherlands have successfully combined euthanasia with organ donation, according to an article in the Journal of Medical Ethics by ethicists and transplant specialists. The doctors are so enthusiastic about the procedure that they have proposed legal changes which will speed up the procedure and maximize the number of donations. Although the numbers are still low, the idea is becoming more popular in both countries, according to the authors.

(Not everyone – in fact, only a small proportion – of people who request euthanasia are potential organ donors. Most requests come from patients with cancer, which makes them unsuitable donors. Most of the Belgians who have already participated in the programme appear to have suffered from strokes or multiple sclerosis.)

However there are some legal and ethical wrinkles to be ironed out to make the transition from euthanasia to organ donation seamless.

Some regulations and laws are supposed to be safeguards, but they slow the procedure down. For example, in the Netherlands, euthanasia is not regarded as a natural death and so permission must be sought from the public prosecutor to dispose of the body. In Belgium (where euthanasia is regarded as “natural”), three doctors need to sign off on the procedure. These laws are not absolutely necessary.

On the ethical side (assuming that euthanasia is perfectly ethical), relatives are supposed to be able to participate in the patient’s death. But if he or she wished to donate organs, they will have to bid farewell in a cold hospital setting. However, experience in Belgium shows that neither relatives nor patients mind this.

Another consideration is whether informing euthanasia patients about organ donation puts pressure on them to agree. The authors believe that it doesn’t, provided that it is done tactfully. According to the principles of the Hippocratic Oath, doctors may even have an obligation to inform patients because they will be saving lives of organ recipients. They also point out that “The patient could be very relieved discovering the existence of this option and receiving the possibility to give meaning to his or her own suffering, by potentially relieving the suffering of others.”

Until now, transplant protocols have specified a strict separation between organ donation and euthanasia. However, if the patient is keen, this is not necessary. “As long as all due diligence requirements are fulfilled, it should not be an obstacle if euthanasia and donation are not fully separated,” the authors argue.

Finally, the dead donor rule is frustratingly inconvenient for organ donor euthanasia. Since the patient has chosen to die anyway, why shouldn’t it be possible, to have “a ‘heart-beating organ donation euthanasia’ where a patient is sedated, after which his organs are being removed,causing death”?

“Combining euthanasia and organ donation in a so-called ‘donation after circulatory death’ procedure seems feasible on legal, ethical or medical grounds, and is increasingly gaining social acceptance in both Belgium and the Netherlands. Since current legislation does not specifically focus on the—when drafted unpractised—combination, future redrafting may be necessary in perspective of the contemporary developments regarding occurrence of such combined procedures.”

You probably remember the scene in The Matrix in which Morpheus explains to Neo the terrible secret: “You take the blue pill—the story ends, you wake up in your bed and believe whatever you want to believe. You take the red pill—you stay in Wonderland, and I show you how deep the rabbit hole goes.”
In the jargon of The Matrix, I’m a blue pill person and believe that I’m in touch with reality. Perhaps I am deluded.
Elon Musk, billionaire co-founder of PayPal, and the boss of Tesla and SpaceX, on the other hand, is definitely a red pill person. Last week he told a conference of geeks in San Francisco that we are probably part of a powerful computer simulation. In fact, he estimates that "There's a one in billions chance that this is base reality”. (See story below.)
Musk is an intelligent man, but I wonder if he understands the ethical implications of the red pill. If we are really marionettes in a super-human intellect’s simulation of reality, nothing much matters. Certainly worrying about right and wrong is a waste of time. Human life doesn’t matter much either, as we are all just blips in a gigantic computer game. There’s not much incentive for social solidarity.
What do you think? Are we living in The Matrix?