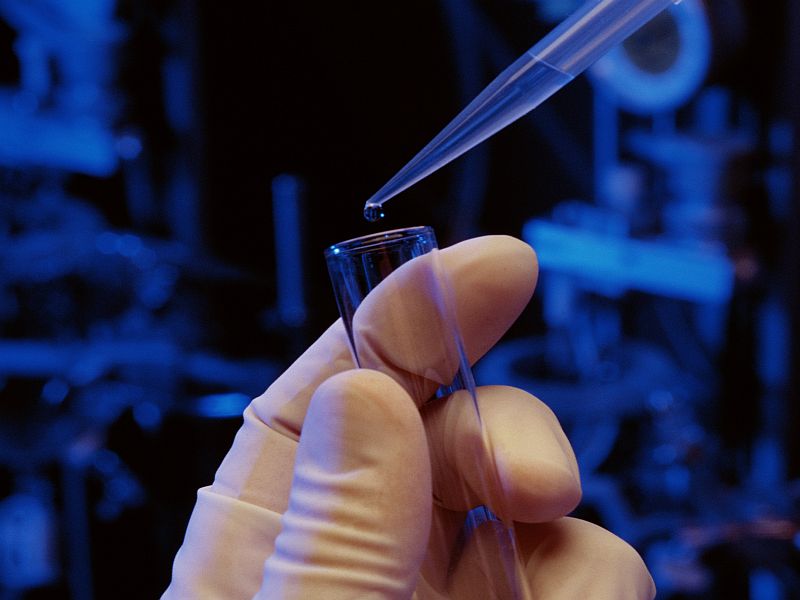 THURSDAY, March 24, 2016 (HealthDay News) -- Scientists are closer than ever to cracking the hidden code of life itself, having engineered a synthetic bacteria with a "minimum" number of genes needed to support its existence.
The lab-created bacteria -- called Mycoplasma mycoides JCVI-syn3.0 -- contains only 473 genes. That's fewer than any other healthy, replicating cell currently found in nature.
By stripping an artificial cell down to the bare necessities, researchers hope to learn more about how life began on Earth and evolved over time, the study authors said.
"We view life as DNA software-driven and we're showing that by trying to understand that software, we're going to get a better understanding of life," said senior author J. Craig Venter. He's a renowned genetics researcher and founder, chairman and CEO of the J. Craig Venter Institute, a non-profit genomics research group.
However, the most important lesson from this "minimal cell" experiment involves how much scientists don't know about the role that genes play in sustaining life, Venter and his colleagues said.
The study was released online March 24 in the journal Science.
Most of the genes in this synthetic bacteria have a specific job to do. Some play a role in reproduction, others sustain cellular structure and some are needed to maintain the cell's metabolism, the researchers said.
But the scientists couldn't determine a specific biological function for one-third of the genes they needed to keep in the bacteria for it to thrive. These 149 genes needed to be there. But no one knows why.
"The precise biological functions of roughly 31 percent of the genes remain undiscovered, which is, to me at least, a surprisingly high number," said Valda Vinson. She's the deputy editor of research forScience.
The mystery of these necessary but little-understood genes should provide some comfort to people worried about the implications of genetic engineering in humans, Venter said.
"When you can see that we only understand two-thirds of the most fundamental cell that we can compile right now, we're probably at about the 1 percent level in understanding of the human genome," he said.
There are about 21,000 genes contained in the human genome, the U.S. National Human Genome Research Institute says.
In 2010, researchers at the Venter Institute created the world's first self-replicating synthetic bacterial cell. It was a lab-produced copy of Mycoplasma mycoides. Normally, these bacteria cause a contagious lung disease of cattle, according to the World Organization for Animal Health. The lab-produced copy contained 901 genes, the study authors said.
That initial experiment showed that they could design a genetic structure in a computer, chemically produce it in a lab, and then create a synthetic cell by transplanting the lab-created genes into a "blank" cell.
For their next step, the researchers began to whittle away genes from the synthetic bacteria. They wanted to learn how many genes are absolutely needed for a cell to survive and replicate.
Earlier studies had predicted a set of between 256 and 375 essential genes, but genetic designs based on those numbers failed, Venter said.
So the researchers reverted to a trial-and-error approach. They removed different sets of genes to see how each contributed to the life of the synthetic bacteria.
Venter compared paring down non-essential genes to reverse-engineering a 777 aircraft.
"If you're just trying to find out functions of parts by removing them and you remove the engine from the right wing, the airplane can still fly and land, so you might say that's a non-essential component," he said. "You don't really discover the essentiality until you remove the second (engine)."
The researchers found that they needed to include many cells with no clear purpose to produce a bacterium that could both survive and replicate itself.
The ultimate goal of this research is to be able to build synthetic organisms on demand, said study co-author Daniel Gibson, an associate professor in the Venter Institute's Synthetic Biology group.
These cells could be used to produce antibiotics and other medications, biofuels, industrial materials and agricultural products, Gibson said. Other research efforts hope to use synthetic genes to create genetically engineered pigs that would have organs that could be transplanted into human beings.
"There's about a million people that die in the U.S. each year due to the lack of availability of organs for transplantation," Venter said. "There's lots of groups trying to isolate antibiotics from marine organisms. But, because we sequence literally tens of thousands of these, there's a lot of pathways that could be readily placed into synthetic cells for trying to produce new novel compounds."
The Venter researchers said they plan to make this synthetic cell available to other scientists relatively soon. They're considering a contest to see each year who can add the most important step in evolution to the cell.
"So we're hoping it becomes a widely used research and teaching tool," Venter said.
SOURCES: J. Craig Venter, Ph.D., founder, chairman and CEO, J. Craig Venter Institute; Valda Vinson, Ph.D., deputy editor of research, Science; Daniel Gibson, Ph.D., associate professor, J. Craig Venter Institute's Synthetic Biology group; March 25, 2016, Science
HealthDay
Copyright (c) 2016 HealthDay. All rights reserved.