A nosocomial cluster induced by co-infections with avian influenza A(H7N9) and A(H1N1)pdm09 (pH1N1) viruses occurred in 2 patients at a hospital in Zhejiang Province, China, in January 2014. The index case-patient was a 57-year-old man with chronic lymphocytic leukemia who had been occupationally exposed to poultry. He had co-infection with H7N9 and pH1N1 viruses. A 71-year-old man with polycythemia vera who was in the same ward as the index case-patient for 6 days acquired infection with H7N9 and pH1N1 viruses. The incubation period for the second case-patient was estimated to be <4 days. Both case-patients died of multiple organ failure. Virus genetic sequences from the 2 case-patients were identical. Of 103 close contacts, none had acute respiratory symptoms; all were negative for H7N9 virus. Serum samples from both case-patients demonstrated strong proinflammatory cytokine secretion but incompetent protective immune responses. These findings strongly suggest limited nosocomial co-transmission of H7N9 and pH1N1 viruses from 1 immunocompromised patient to another.
As of January 4, 2016, a novel avian influenza A virus, A(H7N9), first identified in China in March 2013 (1), had caused 676 laboratory-confirmed cases of influenza in humans and 275 influenza-associated deaths in mainland China (Chinese Center for Disease Control and Prevention, unpub. data). Most H7N9 virus infections have been acquired through exposure to live poultry markets (LPMs) in urban settings (2) and have been sporadic, but a few have occurred in clusters of >2 epidemiologically linked cases (3). Human-to-human transmission is difficult to prove because exposure to a common source often cannot be excluded. Nosocomial transmission of H7N9 virus has recently been reported in China’s Zhejiang Province (4). We investigated possible nosocomial co-transmission of H7N9 and influenza A(H1N1)pdm09 (pH1N1) viruses between 2 immunocompromised patients in Zhejiang Province.

China’s national surveillance system for influenza-like illness (ILI), severe acute respiratory illness, and pneumonia of unexplained origin indicated a cluster of 2 H7N9 virus infections occurring in the same ward at Taizhou Hospital in Zhejiang Province, China, during January 10–15, 2014. We collected throat swabs and serum from the 2 affected case-patients for virologic, serologic, and cytokine studies. We collected specimens from the upper respiratory tract by using pharyngeal swabs or from the lower tract by using bronchoalveolar lavage. These specimens were collected on January 19 and 21 from the index case-patient and the second case-patient, respectively.

Close contacts were defined as described (1); all healthcare workers, patients sharing the same ward, and those patients’ family members were included. Close contacts were placed under daily active surveillance for 7 days. After written informed consent was obtained, a structured questionnaire was used to gather information on demographic characteristics, exposure history, and clinical outcome. Throat swab samples for H7N9 virus testing were taken from all close contacts during the observation period, and convalescent-phase serum samples were collected 3–4 weeks after the last exposure to a patient with H7N9 virus infection.

A value of 0.1 pg/mL for cytokine level was assumed for statistical purposes in cases in which the concentration was undetectable. The 95% CIs for the cytokine levels of healthy controls and the control patients with H7N9 virus infection were generated by using SPSS software version 17.0 (SPSS Inc., Chicago, IL, USA).

This research was determined by the China’s National Health and Family Planning Commission to be part of a continuing public health outbreak investigation and therefore exempt from institutional review board assessment. The protocol for collection of epidemiologic data and serologic testing of close contacts was approved by the institutional review board of the Zhejiang Provincial Center for Disease Control and Prevention. Written informed consent was obtained from all contacts and controls who participated.

Clinical Features of the 2 Confirmed Cases 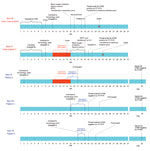 Figure 1. Timeline of pertinent exposures, dates of illness onset, and virologic findings for 2 patients (index case-patient and case-patient 2) who were co-infected with avian influenza A(H7N9) and A(H1N1)pdm09, and 3 non–H7N9-infected...

Figure 2. Schematic floor plan of the hematology ward where 2 case-patients with confirmed avian influenza A(H7N9) and A(H1N1)pdm09 virus co-infection and 1 non–H7N9-infected patient stayed, Taizhou Hospital, Zhejiang Province, China, January 10–15,...
The index case-patient was a 57-year-old man with untreated, Rai stage IIIA chronic lymphocytic leukemia, which manifested itself as absolute lymphocytosis, anemia, and cervical lymphadenopathy but was otherwise asymptomatic. On January 8, 2014, the patient experienced onset of fever, chills, and mild cough with sputum (Figure 1). He had not received a seasonal influenza vaccination. Two days later, he was admitted to the hematology ward at Taizhou Hospital (bed 26) because of continued fever (Figure 2; Technical Appendix[PDF - 1.20 MB - 11 pages] Figures 1 and 2). Chest radiography performed 4 days after disease onset indicated consolidation of the left lower lung (Technical Appendix[PDF - 1.20 MB - 11 pages] Figure 3). On day 7 of illness, the patient experienced rapid respiratory deterioration that required mechanical ventilation. He was transferred to the intensive care unit (ICU) of the respiratory ward (bed 3) (Technical Appendix[PDF - 1.20 MB - 11 pages]Figure 4). Oral oseltamivir (75 mg twice a day) was started on day 10 of illness. A throat swab sample collected on day 11 of illness was positive for H7N9 and pH1N1 viruses. The patient was then moved to the department of infectious diseases (bed 10) for isolation (Technical Appendix[PDF - 1.20 MB - 11 pages] Figure 5). On day 10 of illness, the geometric mean titer of the H7-specific antibody from MN was 63.5. On day 15 of illness, the patient died of complications, including acute respiratory distress syndrome, septic shock, and multiorgan failure (Figure 1; Table 1).
The second case-patient was a 71-year-old man with diabetes who had been undergoing insulin therapy for 20 years. He had received no vaccination against seasonal influenza. He had polycythemia vera that had been diagnosed 5 years before and was undergoing cytoreductive therapy with interferon and hydroxyurea. On December 30, 2013, he was admitted to a hospital in Jiaojiang District (also located in Taizhou) for mild fever (37.8°C) that was compatible with adverse effects from interferon therapy (Figure 1). The fever resolved by January 5, 2014. On January 8, the patient was transferred to the hematology ward (bed 27, next to the index case-patient) in Taizhou Hospital to optimize clinical management of his polycythemia vera (Figure 2). He remained afebrile until January 14, when he experienced a high fever (39.7°C) and productive cough. One day later, the patient received inhalation and parenteral methylprednisolone therapy for asthma. On January 19, shortness of breath developed, and he was moved to the hospital ICU, where tracheal intubation and mechanical ventilation were initiated (Technical Appendix[PDF - 1.20 MB - 11 pages] Figure 6). The next day, oseltamivir treatment (75 mg 2×/d) was initiated, and throat swab samples collected for virology testing were positive for influenza H7N9 and pH1N1 viruses. The patient was transferred to the Infectious Disease Department on January 21 (Technical Appendix[PDF - 1.20 MB - 11 pages] Figure 7). The geometric mean titers obtained through H7N9 virus MN on day 9 of illness was 113.1. The patient died on day 10 of acute respiratory distress syndrome and multiple organ failure (Figure 1; Table 1).

Serum levels of cytokines and chemokines in the index case-patient (10 days after illness onset) and the second case-patient (9 days after illness onset) were compared with those of 21 other patients infected with H7N9 virus. Levels of 13 cytokines and chemokines (granulocyte colony–stimulating factor, growth-regulated oncogene-α, interleukin [IL] 10, IL-12p40, IL-16, IL-18, IL-1 receptor antagonist, IL-2 receptor antagonist, IL-3, IL-6, IL-8, leukemia inhibitory factor, monocyte chemoattractant protein-1, monocyte chemoattractant protein 3, and stromal cell–derived factors) from the index case-patient and the second case- patient were higher than the upper bound of the 95% CIs of the mean levels of other patients infected with H7N9 virus (Table 2; Technical Appendix[PDF - 1.20 MB - 11 pages] Figure 10). In contrast, levels of interferon-gamma (IFN-γ), IL-2, IL-12, and IL-4, which are correlated with adaptive immune responses to influenza viruses, were comparable to those observed in healthy persons but much lower than those observed in nonimmunocompromised H7N9 virus–infected patients (Technical Appendix[PDF - 1.20 MB - 11 pages] Figure 11). The lack of these cytokines, which are associated with the development of T helper (Th) 1, Th2, and Th17 cells, might have led to an incapable adaptive immune response in these 2 case-patients and thereby enhanced the pathogenicity of the viruses.

We gratefully acknowledge the involvement of the medical teams who worked in the Department of Hematology and the intensive care unit at Taizhou Hospital, Wenzhou Medical College, Zhejiang Province, China.
This work was supported by grants from Provincial Medical Research Fund of Zhejiang, China (nos. WKJ2013-2-008,2012KYA161, and 2014C13G2010106). H.Y. acknowledges the support of grants from the National Science Fund for Distinguished Young Scholars (81525023) and the US National Institutes of Health Comprehensive International Program for Research on AIDS grant (U19 AI51915). This study was also funded by the National Scientific and Technological Major Project under the 12th Five-Year Plan of China grant no. 2013ZX10004-904, titled “The Epidemiology, Prevention, and Control of Key Infectious Diseases on the Social Population in Zhejiang Province, China,” and by the National Natural Science Foundation of China (grant nos. 81373141 and 81401312). M.P. is supported from an Area of Excellence Scheme of the University Grants Committee, Hong Kong, China (grant no. AoE/M-12/06).