On World Tuberculosis (TB) Day 2016, NIAID reaffirms its commitment to researching ways to better understand, prevent, diagnose and treat TB. This year’s World TB Day theme is Unite to End TB, and today NIAID joins the WHO and the global research community in highlighting some of our extensive efforts to help end the global scourge of TB. 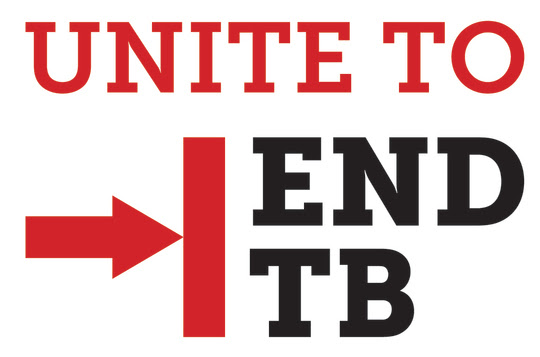 , and today NIAID joins the World Health Organization (WHO) and the global research community in highlighting some of our extensive efforts to help reduce TB deaths by 95 percent and to reduce the TB incidence rate by 90 percent by 2035.


Despite recent advances, TB remains one of the world’s deadliest diseases. TB incidence worldwide has declined 18 percent since 2000. However, in 2014 the disease still caused 9.6 million people across the globe to be sick, and killed 1.5 million people, mainly in developing countries, according to the WHO. TB is also a leading cause of death in people with HIV/AIDS: in 2015, one in three deaths among HIV-infected individuals worldwide was due to TB.

Although most TB is curable, certain forms of the bacterium that causes TB are becoming resistant to the drugs designed to kill them. Patient adherence to therapy was already difficult as most regimens require taking medicine daily for six months to two years. The emergence of multidrug-resistant (MDR) and extensively drug-resistant (XDR) TB has caused significant setbacks in the effort to effectively treat and cure patients, and highlights the need for new medicines. According to WHO, among 480,000 total cases of MDR-TB in 2014, 190,000 people (40 percent) died. In keeping with the goals of the White House’s National Action Plan for Combating MDR-TB, NIAID’s research program supports the discovery of novel antibiotics and the conduct of clinical trials testing various drug regimens to lessen the burden of MDR-TB and XDR-TB.

NIAID supports various consortia and approaches that span all areas of TB drug discovery, from screening promising compounds in animal models to testing the safety and efficacy of candidate drugs in clinical trials. A key goal is to shorten the duration of standard treatment regimens for TB. In one NIAID-supported trial, investigators are testing a higher dose of the first-line drug rifampin over a shortened treatment period. In addition, NIAID researchers are collaborating with international investigators on studies of novel TB treatments. For example, NIAID and our collaborators conducted a trial among more than 1000 MDR-TB and XDR-TB patients in South Korea and China that demonstrated the efficacy of the drug linezolid for the treatment of XDR-TB.

New diagnostic tools are in development to detect early Mtb infection more accurately and to identify and track drug-resistant strains. Many countries still diagnose TB by examining sputum samples under a microscope to detect TB bacteria; this approach can take a day to complete and cannot diagnose drug-resistant strains. NIAID contributed to the development of the GeneXpert diagnostic test, which can detect TB and MDR-TB in two hours. The test is now used in numerous countries, and the NIAID-supported TB Clinical Diagnostic Research Consortium

—a group of researchers in the United States, South Africa, Uganda, Brazil and South Korea—is working to expand the capability of the test to accurately detect XDR-TB. NIAID is also funding a large-scale project at the Genomic Center for Infectious Diseases at the Broad Institute

to sequence the genomes of drug-resistant strains ofMtb. These data will aid the development of TB diagnostics and rapid drug susceptibility tests for MDR-TB and XDR-TB.
The WHO estimates that about one-third of the world’s population is latently infected with Mtb, meaning they do not exhibit symptoms of TB disease. A person with latent TB infection has a 5 to 10 percent risk of developing active, transmissible TB during his or her lifetime. NIAID’s Tuberculosis Research Units program has helped identify biomarkers that define the various stages of infection and is conducting animal and human studies to examine why most people with latent TB infection do not develop disease.

Safe and effective vaccines are critical to the effort to control TB globally. The Bacille Calmette-Guérin (BCG) vaccine developed in 1921 is currently the only available vaccine against TB. It provides some protection against severe forms of TB in children; however, it does not reliably protect adults. New vaccines to replace BCG or to boost the immunity conferred by BCG are urgently needed to protect against TB infection, disease, and recurrence of disease. NIAID supports basic, preclinical, and clinical research on candidate TB vaccines, including an investigational aerosol vaccine that induced potent immune responses in a small number of rhesus macaques and protected them against pulmonary infection with Mtb.

At least one-third of the 37 million people living with HIV worldwide are latently infected with Mtb and are 26 times more likely to develop active TB disease than those without HIV, according to the WHO. A 10-nation clinical trial

recently demonstrated that isoniazid alone, compared with a standard four-drug empiric TB treatment regimen, was as effective for preventing TB and reducing death in adults with advanced HIV/AIDS in high-risk regions. Another ACTG trial is testing a novel regimen containing the drugs bedaquiline and delamanid to treat patients with MDR-TB. TB also accelerates the progression of HIV infection to AIDS, making it the leading cause of death associated with HIV infection globally. NIAID supports various studies examining optimized treatment regimens and improved diagnostic tests for people co-infected with TB and HIV.

An estimated 43 million lives were saved through appropriate TB diagnosis and treatment between 2000 and 2014, according to the WHO.  However, we still have much work to do to end the global scourge of TB. NIAID is committed to the fight against TB and accelerating the comprehensive research needed to control and ultimately eliminate this ancient disease.

Anthony S. Fauci, M.D., is the director of NIAID. Richard Hafner, M.D., is chief of the TB Clinical Research Branch in the NIAID Division of AIDS; Christine F. Sizemore, Ph.D., is chief of the Tuberculosis and Other Mycobacterial Diseases Section in the NIAID Division of Microbiology and Infectious Diseases.
Media inquiries can be directed to the NIAID Office of Communications at 301-402-1663, niaidnews@niaid.nih.gov.
NIAID conducts and supports research—at NIH, throughout the United States, and worldwide—to study the causes of infectious and immune-mediated diseases, and to develop better means of preventing, diagnosing and treating these illnesses. News releases, fact sheets and other NIAID-related materials are available on the NIAID website.
About the National Institutes of Health (NIH): NIH, the nation's medical research agency, includes 27 Institutes and Centers and is a component of the U.S. Department of Health and Human Services. NIH is the primary federal agency conducting and supporting basic, clinical, and translational medical research, and is investigating the causes, treatments, and cures for both common and rare diseases. For more information about NIH and its programs, visit www.nih.gov.