We need a cultural movement to rewrite the script for lasting love. 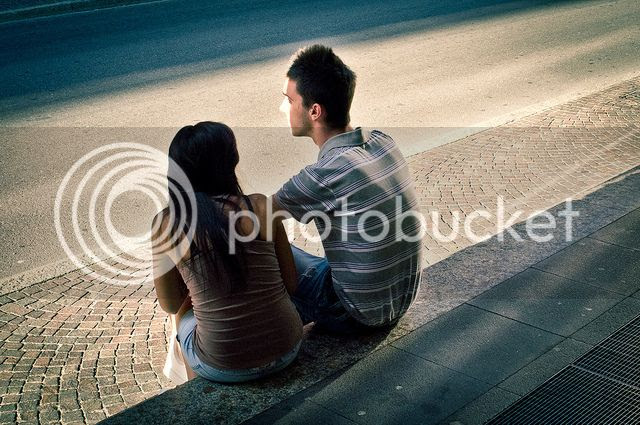 Emanuele Toscano / Flickr CC BY-NC-ND 2.0
It was a goal he cherished more than almost any other goal in life. He described it as “one of the most important things I wanted to do for [my son].” James and the mother of his son had been separated for about a year, but he still hoped that they’d have a future together so that their son could have an intact family. “I’m hopin’ I can give that to my son,” James said.

Like Kelly Clarkson in her hit song “Piece by Piece,” James vowed that he’d always be there for his child. As it often does, his resolution came from his experience growing up. His parents separated when he was in the fourth grade, though he begged them to “be together my whole life.” “That’d be sweet,” he said, reflecting on the memory as an adult.

Since the breakup with his girlfriend, a sense of failure ate away at him, especially in the moments when he was sitting at home by himself. “Six months old and I already failed him,” 21-year-old James said painfully, speaking of his son.

James is not an anomaly: millennial cohabiting couples who have a child are three times more likely to break up by the time of their child’s fifth birthday than are their married counterparts.

But why are so many young parents falling short of their desire to keep their families together? The answer is complicated and includes both economic and cultural factors, as my research partner and husband David has written here and here. In this piece, though, I’d like to focus on one piece of it: the chaotic nature of romantic relationships before marriage.

When my husband and I moved to a small town in southwestern Ohio to interview working-class young adults about their experiences of relationship and family formation, I was surprised by the way that dating had become so “deregulated.” There was not much of a shared vocabulary to describe the nature or level of commitment of a relationship. As James explained, “Some of them say like ‘we’re dating.’ Some of ’em say ‘we’re together.’ Some people that are in a relationship say ‘we’re just talking.’ I don’t know. It was classified different than I do. I just try to keep it simple.”

With the ambiguous vocabulary, couples often had difficulty pointing to a definite moment in time when their relationship began. They were more likely to describe their relationship as something that happened to them, gradually and without any conscious moment of initiation. Perhaps they would hook up at a party, find themselves spending the next several nights together, and then find themselves moving in together without so much as a conversation about the relationship or expectations.

Moving in with a virtual stranger

Carly, a 31-year-old laid-off factory worker, and her boyfriend Kyle didn’t have a moment where they became official, nor did Kyle ever ask her out—they just knew because they were going everywhere together that they were together. “It just kinda happened.” Living together was a gradual thing, as well, because Kyle “moved in one outfit at a time.” He spent the night the first night they met, and then just started doing the same thing each night. “It’s just kinda odd how it happened,” she said, although her story was not uncommon.

Ironically, the mantras in these relationships often include, “We need to take it slow” and “I don’t want to rush into anything” because “I want my first marriage to be my only marriage.” While these are noble sentiments and speak to young adults’ desire to choose a life partner wisely, it is difficult to decipher in what ways these young adults are actually “taking it slow,” apart from their delaying of marriage. Mainly the “slowness” manifests in a hesitation to make commitments and a wariness of “assigning labels” (like boyfriend/girlfriend), rather than greater intentionality or thoughtfulness in forming attachments. The former kind of slowness generally does not lead to more clarity, but to confusion.

These kinds of patterns are troubling, because as Anna Sutherland wrote recently at this blog, the research suggests that what happens early in relationships does matter for long-term relationship quality and stability. In other words, if young adults continue to form relationships in a haphazard way, it will also be difficult for them to form the kinds of stable families that they want. The chaos in relationships sets the scene for chaos in family life.

For James and his now ex-girlfriend, this was the case. A few weeks after meeting, they started having lots of sex and sleeping at each other’s houses, and about eight months later, they officially moved in together and found out that she was pregnant. When describing how their relationship progressed, James says it was a little confusing. He said that they were “talking” for about seven months, but that “officially” they had been together about five or six months. Moreover, he said that he considered them “together” before she did. “I mean, we acted like a couple, we slept in the same bed—you’d think you’re a couple.” After they broke up, he said he wished that they had waited longer before moving in with each other: he thinks that they could’ve gotten to know each other better without all the stress of living together.

For James, it was too late to change the way that he had met and dated the woman he would conceive a child with. But what might happen if more young adults began to connect their goal of family stability with the way they date and the decisions they make before getting pregnant? What if we cultivated a culture that helped to make those connections?

Some of the young adults we interviewed were already making these connections for themselves. For example, Christopher, a 31-year-old electrician, and his wife decided to wait to have kids until after they were married: “That was intentional… I didn’t want to have a split family like I was raised in, and she didn’t either. And we thought we’d be together forever and we wanted to make sure.”

Arianna, a 20-year-old community college student, said that because she wanted to “set up the life of the non-divorced,” she wanted to “have my crap together before I get with somebody.” “When it’s too soon, [if you] make babies too soon and make them confused and struggle, that’s not fair.” She wants to be married before having children: “That’s my stand. That’s what I’m trying to get at for my future family.”

Megan, a 27-year-old server, also explained how her desire for family stability motivated her to be intentional in her relationships:

So, that’s another reason that, in my relationships like with Noah, I wouldn’t sleep with him. And, with Zachary, I made him wait so long. I need to know you. I have to know who you are and how you really feel about things before I can make a decision if I want to let you get close to me or not. And, I’ve always been that way, just because my parents had the craziest relationship in the world. And I always said I never wanted that for my kids. Never, ever, ever. And I always said that I would never get divorced, too. That I would only get married once, and I would never get divorced. I’ve always said that…. So, I think that was always a driving factor in my life. I always thought about what I wanted for my family always, even though I didn’t have a family [yet].

Thinking of one’s future family is a powerful motivating force, perhaps especially so for blue-collar young adults who are likely to prioritize family. If more young adults could connect their dating lives with their eventual goals for their family lives, they’d be closer to forming and keeping the kind of families they want. But that is difficult to do in a culture which often gives conflicting messages and little real guidance.

For example, Arianna says that her parent’s divorce left her without “an example of a perfect couple to go be”—and in that vacuum, fictional models like those in media may take on more significance. “I don’t wanna bring up, like, movies,” she says. “’Cause in movies and stuff, it’s always like they randomly bump into each other and they both happen to be, like, really good-looking. And like—they start hanging out, and they just fall in love immediately.” Arianna knows this is not realistic, but she also feels somewhat clueless about how to go about finding the right man: “I don’t know what kinda guy to look for.” Her conclusion is that “I just got to let it happen. When it happens, just play it all by ear.”

A cultural movement to rewrite the dating script

For young adults like Arianna and James, who know what they want but aren’t sure of how to get there, we need a cultural movement that works to rewrite some of the script that has been lost. Popular TV shows could incorporate talking points about dating consciously, by which I mean making decisions in one’s love life instead of just taking what comes or doing what feels good in the moment. This kind of approach to cultural change is not unprecedented, as the National Campaign to Prevent Teen and Unplanned Pregnancy has been working with Hollywood producers for years, providing them research and talking points, while never dictating storylines or dialogue. And there is evidence that television shows affect behaviors: one study found that MTV’s 16 and Pregnant, which the National Campaign coordinates with to create discussion guides for each episode, led to a 5.7 percent reduction in teen birth rates.

Music artists also have a role to play, and some are already doing so, like Clarkson. On the same album as “Piece by Piece” she sings “I Had A Dream”—a song that calls young women to define themselves by more than their sex lives. Of the song, Clarkson said in an interview at Glamour, “I feel like as a generation, we sell ourselves short. I just expected more from us.”

These kinds of cultural changes can also come from young adults themselves. The website IBelieveinLove.com, where my husband and I are contributors, is an online community of young adults who are seeking to connect their goals for marriage and family life with the goal of dating more intentionally in hopes of “writing a better story about lasting love in America.”

Lasting love is what most young adults want. It’s time to honor that desire by creating the kind of dating culture that supports it.

I wonder how common it is that two siblings become famous, each for views which are diametrically opposed to the other’s. The Hitchens brothers, Christopher and Peter, who spent their childhood in a peaceful Christian home, both rejected religion, although Peter eventually thought better of it and became a staunch defender of the Christian faith, while Christopher died (in 2011) an apparently unrepentant atheist.
What they always had in common, however, was the gift of the gab. Boy, could those Hitchens fellows talk! And write! Chris, or Hitch, commanded a generally admiring press, but for my money Peter is hard to beat for wit, eloquence and frankness. We have a great interview with him today by Laura Perrins of The Conservative Woman website. It includes a clip of him in a debate on marriage at the Oxford Union recently which gives a taste of the sheer fluency and coherence of the man.