Babies given Avastin were far more likely to have neurological complications, study shows 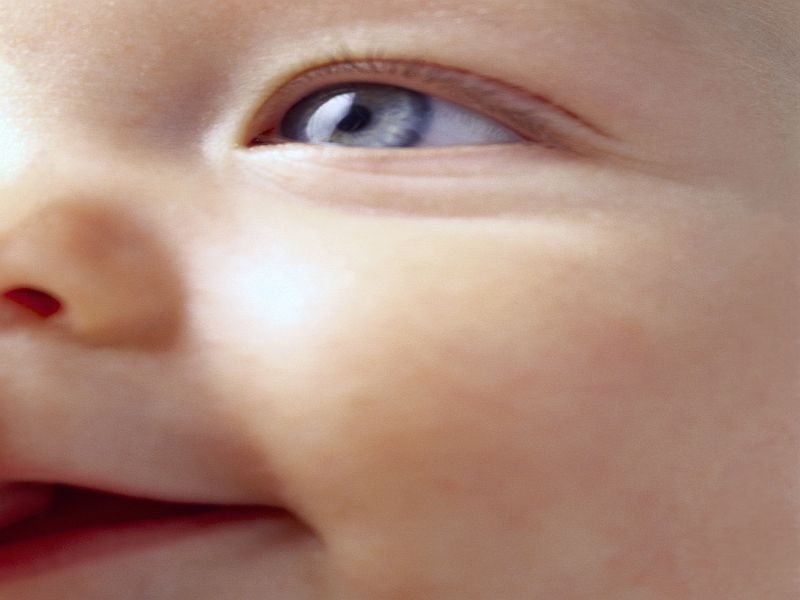 FRIDAY, March 18, 2016 (HealthDay News) -- A drug used to treat an eye disease in premature infants may be linked to serious disabilities such as cerebral palsy and hearing loss, a new study suggests.
The drug in question is Avastin (bevacizumab), a cancer drug that fights tumors by cutting off their blood supply. In the past few years, doctors have also been using it to treat retinopathy of prematurity, or ROP. Avastin isn't approved by the U.S. Food and Drug Administration specifically to treat ROP, but doctors still use the drug for what's known as an "off-label" indication.
The current findings do not prove that Avastin is to blame, according to the researchers, led by Dr. Julie Morin of the Sainte-Justine University Hospital Center, in Montreal, Canada. They only show an association between the drug and serious complications in babies treated for ROP.
ROP is a potentially blinding disease that mainly affects tiny preemies born before the 31st week of pregnancy, according to the U.S. National Eye Institute (NEI). It's caused by abnormal blood vessel development in the retina, the part of the eye that receives light and sends messages to the brain.
Each year in the United States, 14,000 to 16,000 infants develop some degree of ROP, according to the NEI.
The standard treatment for more severe ROP is laser surgery, which burns away the periphery of the retina, where there are no blood vessels. That usually causes a regression in the abnormal blood vessel growth, the NEI says.
But a 2011 study found that injections of Avastin might offer a simpler, even more effective treatment.
Since then, a growing number of doctors have been using the drug to treat severe ROP, said Dr. Graham Quinn. He's a pediatric ophthalmologist at Children's Hospital of Philadelphia.
"A lot of people were really sold on this, because it seems like an easy treatment for a very serious disease," explained Quinn, co-author of an editorial published with the new study in the March 17 issue of Pediatrics.
The 2011 trial, reported in the New England Journal of Medicine, found that injections of Avastin into the eyes appeared more effective than laser surgery. Babies were less likely to need a repeat treatment over the next year.
And on the surface, the drug seems safer than surgery, Quinn explained: It takes just a few minutes, and there's no need for general anesthesia, which can be risky for preemies.
But now the new findings point to a potential risk in the long run. Researchers found a higher rate of serious neurological disabilities, including severe cerebral palsy, blindness, hearing loss and significant problems with movement.
The study looked at 27 infants whose ROP was treated with Avastin, and 98 treated with laser surgery. Of those treated with Avastin, 52 percent had developed a severe disability by the age of 18 months, the study found. That compared with 29 percent of infants treated with laser surgery.
However, the study wasn't designed to prove a cause-and-effect link between the drug and the complications.
The researchers did not conduct a clinical trial, but used information from the babies' medical records -- which leaves open a number of questions. It's possible that the Avastin infants were at greater risk of disability for other reasons, the researchers said. Doctors may choose the drug when infants are sicker and surgery risks are greater, for example.
Dr. Jane Edmond, a professor of ophthalmology and pediatrics at Baylor College of Medicine, in Houston, agreed.
"The Avastin kids were sicker on arrival, and had more severe ROP -- both of which have been associated with poorer developmental outcomes," said Edmond, who was not involved with the study. She's a clinical spokesperson for the American Academy of Ophthalmology.
That said, Edmond called the findings "compelling and worrisome.
"This will very likely cause a lot of conversation among ophthalmologists," she said.
Both Edmond and Quinn said it's plausible that Avastin raises the risk of neurological disabilities. That's because the drug inhibits a protein called vascular endothelial growth factor (VEGF), which promotes the growth of new blood vessels.
Preemies with severe ROP have too much VEGF in their eyes, Edmond explained. But, she said, the protein is also important for babies' brain, lung and kidney development -- and it's known that Avastin injected into the eyes also gets into the bloodstream.
So there have been concerns that the drug could affect the development of other organs, Edmond said.
For now, Quinn said he believes that whenever possible, laser surgery is the "way to go" in treating ROP.
To parents, he noted, a drug might seem like a "quick fix," and less scary than laser surgery. But, he said, they should talk to their doctor about all the pros and cons -- including the possible long-term risks -- of the ROP treatment options.
Avastin manufacturer Genentech could not be reached for comment.
SOURCES: Graham Quinn, M.D., attending surgeon, division of pediatric ophthalmology, Children's Hospital of Philadelphia; Jane Edmond, M.D., professor, ophthalmology and pediatrics, Baylor College of Medicine, Houston; March 17, 2016, Pediatrics
HealthDay
Copyright (c) 2016 HealthDay. All rights reserved.