But, experts note that the study can't prove cause-and-effect 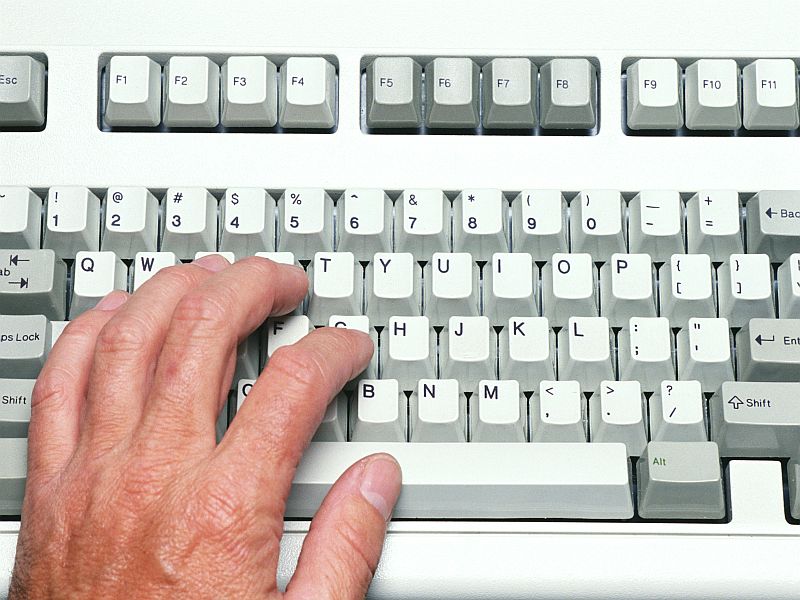 THURSDAY, March 3, 2016 (HealthDay News) -- Seniors who use their computers as little as once a week may help ward off age-related declines in memory and thinking, new research suggests.
The study found that those who did use a computer showed a 42 percent lower risk of developing mild cognitive impairment (MCI), a precursor to dementia.
What isn't yet clear is exactly how computer use might help save memory and thinking abilities.
"We did not investigate mechanisms that might underlie the association between mentally stimulating activities such as computer use and the risk of incident MCI," said study author Janina Krell-Roesch, a research fellow at the Mayo Clinic in Scottsdale, Ariz. "Therefore, we can only speculate why computer use might be of help."
Seniors who reach for their keyboards may simply be more likely to adhere to a generally healthier and more "disciplined" lifestyle, Krell-Roesch suggested. Or, it could be that computer use actually brings about beneficial brain changes. It's also possible that computers may help seniors compensate and cope more effectively when mild memory and thinking problems do start to set in. Or, it could be a combination of all three, she said.
It's also important to note that this study wasn't designed to prove a cause-and-effect relationship. It can only show an association between computer use and better memory and thinking with age.
Krell-Roesch is to present the findings in April at the American Academy of Neurology's annual meeting, in Vancouver, Canada. Findings presented at meetings are generally viewed as preliminary until they've been published in a peer-reviewed journal.
To explore how computer use and other forms of mental stimulation might affect dementia risk, the study included more than 1,900 seniors. None had signs of thinking or memory problems when the trial began. All were 70 or older.
All of the seniors completed an activity questionnaire about the year that had just passed. Stimulating activity options included reading, socializing, game-playing and craft-making, as well as computer use. The health of study volunteers was then followed for an average of four years.
The result: engaging in any of the activities at least once a week was associated with a lower risk for developing mild cognitive impairment.
Computer use at least once a week was linked to a 42 percent drop in the risk for memory or thinking issues. About 18 percent of those who used a computer ended up developing mild cognitive impairment, compared with nearly 31 percent of seniors who didn't use a computer.
Reading magazines was associated with a 30 percent drop in the risk of memory and thinking issues. Participating in social activities was associated with 23 percent drop in the risk for developing memory impairment. Practicing a craft task, such as knitting, curtailed the risk of memory problems by 16 percent, while game-playing reduced risk by 14 percent, the study showed.
The researchers don't know whether the protective benefit would rise with increased participation in stimulating activities. "In the future, we may conduct additional analyses to see if a higher frequency is associated with a better health outcome," she said.
Dr. Anton Porsteinsson is director of the Alzheimer's Disease Care, Research and Education Program at the University of Rochester School of Medicine in Rochester, N.Y. He said distinguishing the chicken from the egg in studies like this can be tricky.
"When people start to experience cognitive decline they start to withdraw, especially from something like computer use because that is not a passive activity, like watching TV," he said. "Computer use can be reasonably complex. So it may be that using a computer can be brain protective. But, it may also simply be a marker for seniors who are still fine, and are also busy reading and knitting, and having a generally active social life."
Dr. Amy Kelley, an associate professor in the department of geriatrics and palliative medicine at the Icahn School of Medicine at Mount Sinai in New York City, expressed little surprise at the study findings.
"It's impossible to draw cause-and-effect lines with these things," she cautioned. "But I do think that when older adults are engaged, challenged, active, and learning new things, it all adds up to a healthier lifestyle. And the brain is a muscle. You've got to use it to keep it healthy."
SOURCES: Janina Krell-Roesch, Ph.D., research fellow, Mayo Clinic, Scottsdale, Arizona; Anton Porsteinsson, M.D., professor, psychiatry, and director, Alzheimer's Disease Care, Research and Education Program, University of Rochester School of Medicine, Rochester, N.Y.; Amy Kelley, M.D., associate professor, department of geriatrics and palliative medicine, Icahn School of Medicine at Mount Sinai, New York City; presentation, April 15 -21, 2016, American Academy of Neurology annual meeting, Vancouver, Canada
HealthDay
Copyright (c) 2016 HealthDay. All rights reserved.