Antibiotic / Antimicrobial resistance is the ability of microbes to resist the effects of drugs – that is, the germs are not killed, and their growth is not stopped. Although some people are at greater risk than others, no one can completely avoid the risk of antibiotic-resistant infections. Infections with resistant organisms are difficult to treat, requiring costly and sometimes toxic alternatives.
Bacteria will inevitably find ways of resisting the antibiotics developed by humans, which is why aggressive action is needed now to keep new resistance from developing and to prevent the resistance that already exists from spreading.

Explanation of Bacteria and Other Microbes

Microbes are organisms too small for the eye to see and are found everywhere on Earth.  There are many types of microbes: bacteria, viruses, fungi, and parasites.  While most microbes are harmless and even beneficial to living organisms, some can cause disease among humans, other animals, and plants.  These disease-causing microbes are called pathogens; sometimes they are referred to as “germs” or “bugs.”  All types of microbes have the ability to develop resistance to the drugs created to destroy them, becoming drug-resistant organisms. 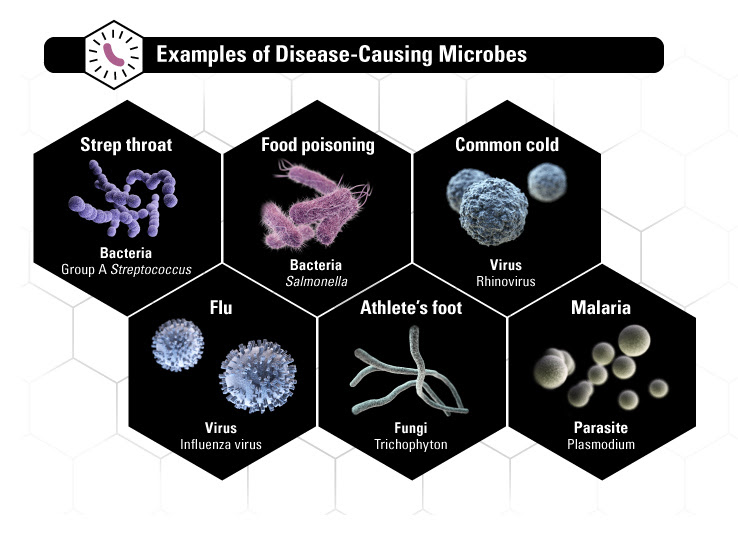 How Resistance Happens and Spreads

The use of antibiotics is the single most important factor leading to antibiotic resistance around the world.  Simply using antibiotics creates resistance.  These drugs should only be used to manage infections. 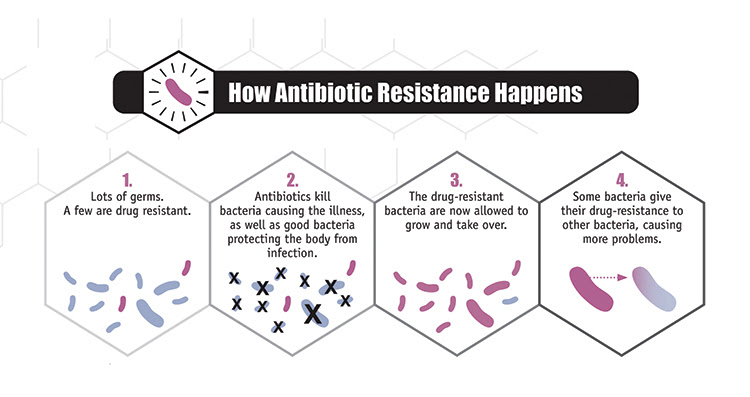 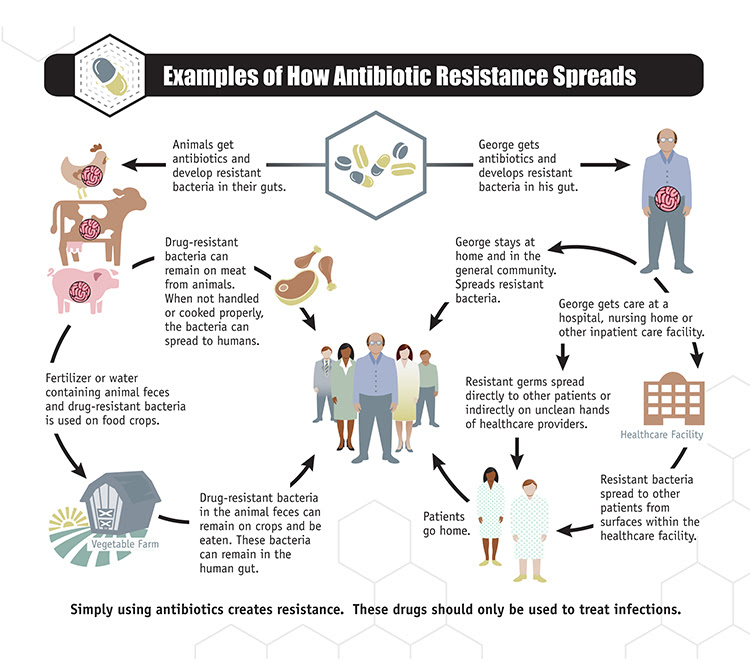 Resistance in the United States 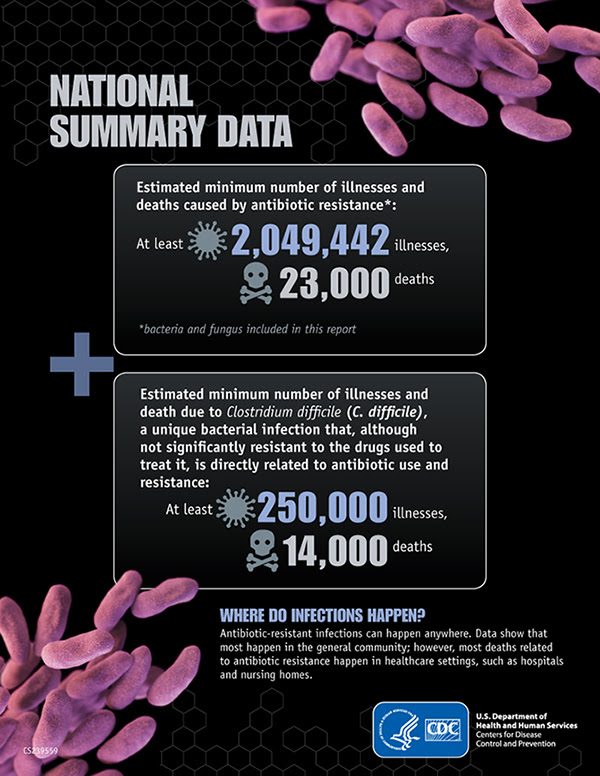 Humans developed antimicrobials to destroy disease-causing microbes.  The most commonly known antimicrobials are antibiotics, which target bacteria.  Other forms of antimicrobials are antivirals, antifungals, and antiparasitics.
Penicillin, the first commercialized antibiotic, was discovered in 1928 by Alexander Fleming.  While it wasn’t distributed among the general public until 1945, it was widely used in World War II for surgical and wound infections among the Allied Forces.  It was hailed as a “miracle drug” and a future free of infectious diseases was considered.  When Fleming won the Nobel Prize for his discovery, he warned of bacteria becoming resistant to penicillin in his acceptance speech. 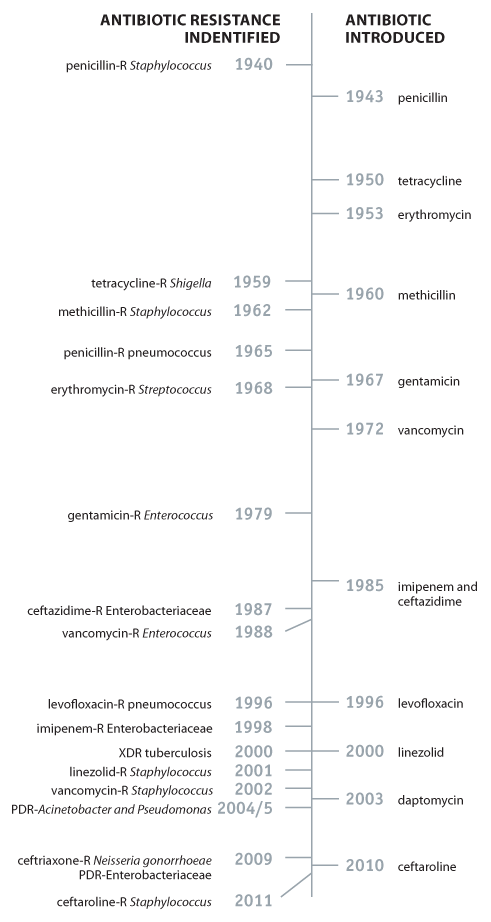 What is an antibiotic? collapsed

What is an antimicrobial? collapsed

What is antibiotic resistance? collapsed

What effects do resistant infections have on people? collapsed

What are some other consequences of antibiotic resistance? collapsed

How do resistant bacteria in food animals end up in our food? collapsed

How do people get infections with resistant bacteria from animals? collapsed