Could There Be a 'Quit-Smoking' Gene?: MedlinePlus

Could There Be a 'Quit-Smoking' Gene?: MedlinePlus

Could There Be a 'Quit-Smoking' Gene? 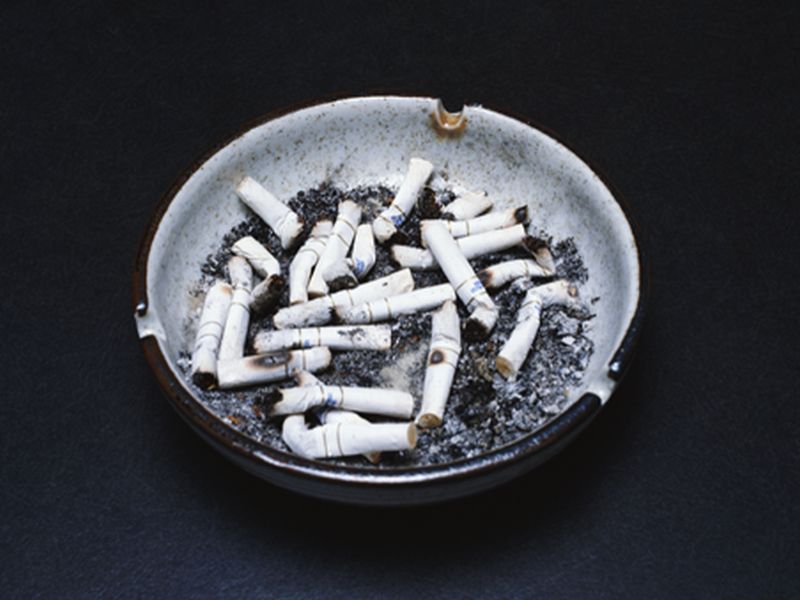 THURSDAY, Dec. 3, 2015 (HealthDay News) -- Some smokers have much more difficulty kicking the habit than others. Now, a new review of prior research identifies a potential culprit: genes.
Researchers analyzed genetic differences cited in 22 studies involving nearly 9,500 white smokers. Of particular interest were variations in genes involved in processing dopamine, a neurotransmitter that helps to regulate the brain's reward and pleasure centers.
Experts believe that the nicotine found in tobacco boosts dopamine in the brain, leading to addiction.
The researchers wondered if variants in genes that regulate dopamine might be associated with the ability to put out the butts for good.
In the end, the scientists focused on a DNA sequence called Taq1A. They found that smokers who carried a variation of that sequence -- called A2/A2 -- appeared to have an easier time quitting smoking than those who carried other variations of the Taq1A sequence.
"This variant has been studied for years, but this study provided more convincing evidence on the role of this genetic variant in smoking cessation by analyzing a significant large number of smoke samples," said study co-author Ming Li, a professor in the department of psychiatry and neurobehavioral sciences at the University of Virginia.
The findings were published Dec. 1 online in Translational Psychiatry.
Li, working with researchers from Zhejiang University School of Medicine in Hangzhou, China, noted that roughly 6 million people die worldwide every year because of smoking.
The studies included in the current analysis were conducted between 1994 and 2014, and numbered from fewer than 100 participants to more than 2,000.
Quitting success varied widely, ranging from less than 10 percent to nearly 67 percent, the researchers reported.
Ultimately, the team found there was a "significant association" -- but no definitive proof -- between having the A2/A2 DNA variant and an increased ability to successfully quit.
The authors said the finding should encourage more research into the genetics behind efforts to quit smoking. Such research could eventually lead to the development of personalized treatments that target each smoker's inherited predispositions, they suggested.
However, Li's team cautioned that "research on this problem remains in its infancy."
And Li further highlighted the complexity of the science by noting that "there are many genetic factors involved in smoking addiction. The variant studied in this report is just one of those."
Meanwhile, Dr. Norman Edelman, senior medical consultant for the American Lung Association, expressed little surprise at the idea that genetics has a role to play.
"There's a huge variability in the ability to quit smoking," said Edelman, a professor of medicine and preventive medicine at the State University of New York at Stony Brook. "Quitting cold turkey, for example, is only effective 5 percent of the time. But I have patients who got up one morning and decided to stop smoking and just stopped. And then I have patients who have tried 10 times and can't do it."
Genetics likely explain some, but not all, of these differences, Edelman added. "The next step, in terms of advancing the science of smoking cessation, is trying to figure out exactly what the gene does, what proteins it codes for, and to see if there's some way to modify the way it works. That's probably going to turn out to be very hard."
Still, Edelman called the current research "a good finding." As he sees it, "the more you know about smoking and the predilection to smoke and smoking cessation, the more you are going to be able to develop effective strategies to help patients."
SOURCES: Ming D. Li, Ph.D., professor, department of psychiatry and neurobehavioral sciences, University of Virginia, Charlottesville, Va.; Norman Edelman, M.D., senior medical consultant, American Lung Association, and professor, medicine, and preventive medicine, State University of New York at Stony Brook; Dec. 1, 2015, online, Translational Psychiatry
HealthDay
Copyright (c) 2015 HealthDay. All rights reserved.