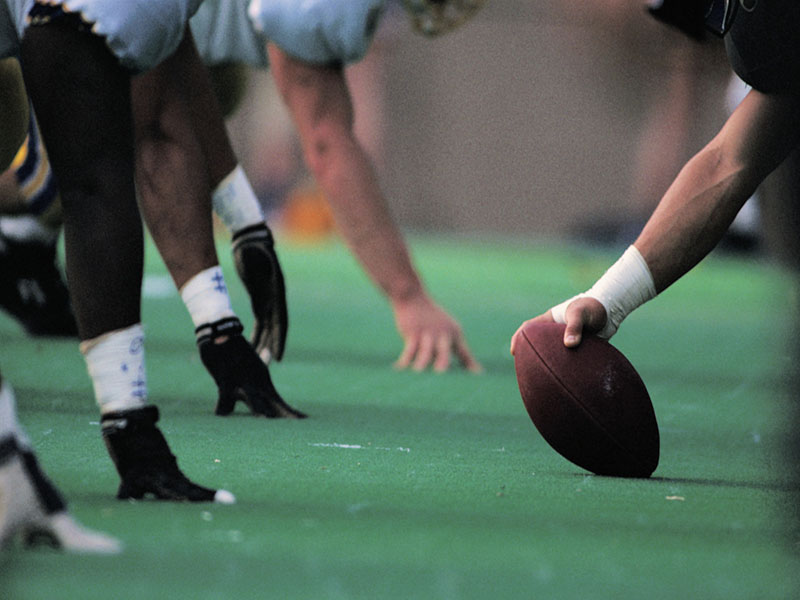 THURSDAY, Dec. 3, 2015 (HealthDay News) -- National Football League football players may not be the only ones who can develop a degenerative brain disease linked to repeated concussions during decades of play, a new study suggests.
Even men who only played an amateur contact sport during their youth may face an increased risk for chronic traumatic encephalopathy (CTE), a devastating brain condition that can affect thinking, memory, behavior and mood, Mayo Clinic researchers report.
To come to this conclusion, the researchers analyzed the brains of 66 men who had donated their organs to the Mayo Clinic Brain Bank and participated in sports such as football, rugby, wrestling, boxing and basketball while in school. Their brains were compared to the brains of 198 people, including 66 women, who never played contact sports.
CTE was found in the brains of a third of the men who played amateur contact sports. But no sign of the disease was detected in the brains of those who never played contact sports, the researchers said.
"The 32 percent of CTE we found in our brain bank is surprisingly high for the frequency of neurodegenerative pathology within the general population," wrote study author Kevin Bieniek, a predoctoral student in Mayo Graduate School's Neurobiology of Disease program.
The study was published in the December issue of the journal Acta Neuropathologica.
The report comes on the heels of news last week that former NFL football great Frank Gifford had CTE when he died at age 84 in August. This latest finding significantly widens the scope of who might be vulnerable to developing the brain disease, the study authors said.
"If one in three individuals who participate in a contact sport goes on to develop CTE pathology, this could present a real challenge down the road," Bieniek said in a journal news release.
More research is needed to find out if CTE in former amateur players causes any changes in thinking and memory or behavior.
Dr. Dennis Dickson, senior study author and neuropathologist at Mayo Clinic, noted that this study is the first to use newly developed government criteria to diagnose CTE in nonprofessional athletes.
"The frequency with which he [Bieniek] found CTE pathology in former [amateur] athletes exposed to contact sports was surprising," Dickson said. "It is pathology that had gone previously unrecognized."
The researchers also identified two genetic markers that may affect the risk of developing CTE.
"These markers need to be further studied in a larger group of CTE cases, but they could be very important in determining whether an individual is at greater risk of developing these brain changes," Bieniek said.
"The purpose of our study is not to discourage children and adults from participating in sports because we believe the mental and physical health benefits are great," he noted.
"It is vital that people use caution when it comes to protecting the head. Through CTE awareness, greater emphasis will be placed on making contact sports safer, with better protective equipment and fewer head-to-head contacts," Bieniek concluded.
SOURCE: Mayo Clinic, news release, Dec. 1, 2015
HealthDay
Copyright (c) 2015 HealthDay. All rights reserved.