Buckle Up in the Backseat, Experts Advise: MedlinePlus

Buckle Up in the Backseat, Experts Advise: MedlinePlus

Buckle Up in the Backseat, Experts Advise 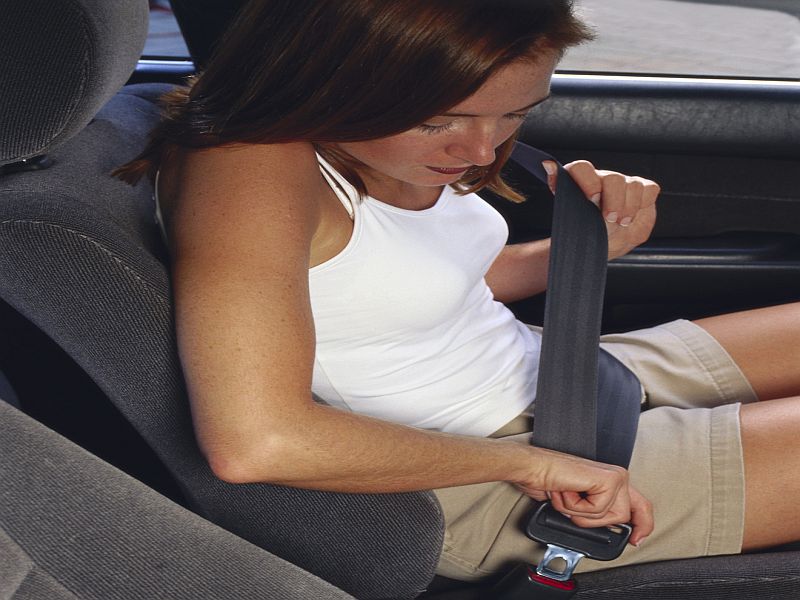 FRIDAY, Nov. 27, 2015 (HealthDay News) -- As you head home from Thanksgiving get-togethers, stay safe by buckling up, even when you're riding in the backseat.
Hundreds of Americans die in car crashes every year because they don't use seat belts while riding in the rear seats of vehicles, a new report shows.
In 2013, there were almost 900 deaths among people aged 8 and older who didn't use seat belts while riding in rear seats. More than 400 of those people might still be alive if they had buckled up, according to the Governors Highway Safety Association (GHSA).
Rear seat passengers who don't use seat belts are three times more likely to die in a crash. Still, 32 states don't have strong seat belt laws for backseat passengers, the report noted.
Only 78 percent of adult rear seat passengers use seat belts, compared with 87 percent for the front seat. In fatal traffic crashes, rates of seat belt use are 60 percent in the rear and 74 percent in the front, the report said.
The GHSA wants to highlight the need for rear seat passengers to wear their seat belts as nearly 42 million Americans drive at least 50 miles from home during the Thanksgiving holiday. During that time, there will be more than 400 traffic deaths, the report noted.
"Families traveling together at the holidays often means adults sitting in rear seats, where they may not be accustomed to buckling up in the same way they are when the get in the driver's seat. It's important to remind folks that seat belts are there to protect them -- in both the front and back seats," report author James Hedlund, from Highway Safety North, said in a GHSA news release.
He is a former senior official with the National Highway Traffic Safety Administration (NHTSA).
"Too many adults mistakenly believe that they are somehow magically protected in the back seat when they get into a for-hire vehicle," GHSA Executive Director Jonathan Adkins said in the news release.
"Convincing adults to buckle up, every trip, in every seat, will require a concerted effort among lawmakers and highway safety professionals, but the lives saved will be well worth it," he added.
Rear seat belt use is 83 percent in states with laws requiring their use and 74 percent in states without such laws, according to the GHSA.
SOURCE: Governors Highway Safety Association, news release, Nov. 23, 2015
HealthDay
Copyright (c) 2015 HealthDay. All rights reserved.