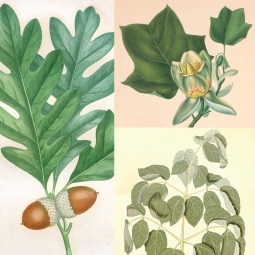 In a laboratory study, extracts from three plants used as medicines during the American Civil War showed antimicrobial activity against multidrug-resistant bacteria associated with wound infections. The study was conducted by researchers from Emory University and Walter Reed Army Institute of Research and partially funded by the National Center for Complementary and Integrative Health. It was published in the journal Scientific Reports.
During the Civil War, a Union blockade prevented the Confederacy from importing adequate amounts of medicines. In response to the shortage, the Confederacy commissioned botanist Francis Porcher to compile a book on medicinal plants that could be used by battlefield physicians to treat sick or wounded soldiers. The plants featured in Mr. Porcher’s book were native to the southern United States, and some were used in traditional Native American medicine.