Stress during early pregnancy may reduce fertility of offspring

Stress during early pregnancy may reduce fertility of offspring

Stress during early pregnancy may reduce future fertility of offspring

By Sally Robertson, B.Sc.May 30 2019Reviewed by Kate Anderton, B.Sc. (Editor)
Stressful events during early pregnancy could be detrimental to the reproductive development of male offspring, according to researchers at the University of Western Australia. The team identified an association between mothers who experience stressful events during early gestation and having a boy with a lower sperm count once he is an adult.
Roger Hart and colleagues say that developing male reproductive organs are at their most vulnerable during early pregnancy and that maternal exposure to stressful life events during this time may “have important life-long adverse effects on men's fertility." 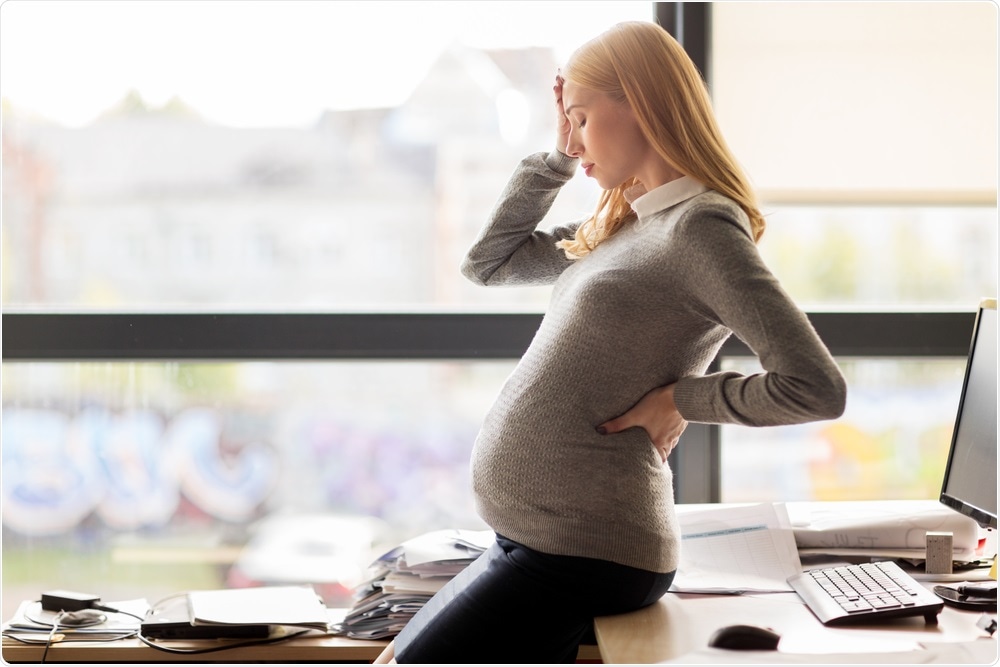 The link between stress and future sperm count

Animal studies have previously suggested that gestational stress may affect the reproductive health of male offspring.
Studies on mice have suggested that early gestation – the equivalent of eight to 14 weeks in humans – is a crucial period for the development of male reproductive organs and that stress during this time reduces the production of testosterone in fetal testes. However, studies looking at the association in humans are lacking.
Research conducted by the World Health Organization has also shown that life in the developed world has become more stressful and that, along with other factors such as having high blood pressure or being overweight, this could be having a detrimental effect on fertility.
A growing body of evidence supports that sperm counts have declined among men of European ancestry over the last 40 years.
A 2017 review which looked at 43,000 men found that sperm concentration had reduced by almost have during this time, while still meeting the criteria for “normal”, as established by the World Health Organization. The study also found that there was no significant decline in sperm concentration among men in South America, Asia, and Africa.

Early pregnancy is a ‘vulnerable period’ for male offspring

For the current study, Hart and team wanted to find out whether exposure to gestational stress in the period critical for normal differentiation and growth of male reproductive tissue is associated with male reproductive function in later life.
The researchers examined data from a prospective longitudinal study that recruited around 3,000 women who were in their 18th week of pregnancy between 1989 and 1991. At week 18 (early gestation) and week 34 (late gestation), the mothers completed a standardized, 10-point questionnaire about stressful life events during the previous months such as moving to a new house, losing a job, the death of a loved one and financial problems.
A total of 1,454 of the boys born to these mothers were tracked over the next two decades and once they turned 20, the researchers performed testicular ultrasounds for 643 of the men, who also provided blood and semen samples for analysis of sperm count and testosterone concentration.
Multivariate linear regression analysis was then used to examine associations between the men’s results and the mothers’ questionnaires.
As reported in the journal Human Reproduction, 63 percent (407) of the males recruited had been exposed to at least one stressful life event during early gestation. This compared with only 53 percent (343) of men during late gestation.
Exposure to maternal stress in early gestation was negatively associated with total sperm count, the number of motile sperm and morning serum testosterone concentration. No such effect was observed when exposure during late gestation was examined.
Men who had been exposed to three or more stressful life events during early gestation had, on average, a 36% reduction in the sperm count, a 12 percent reduction in sperm motility and an 11 % reduction in testosterone concentration, compared with men who had not been exposed to any such events during that period.

This suggests that maternal exposure to stressful life events during early pregnancy, a vulnerable period for the development of male reproductive organs, may have important life-long adverse effects on men’s fertility.”
Roger Hart, Senior Author

Improved support for women in the first trimester

The authors note that, although the findings demonstrate a clear association between sperm health and maternal exposure to stressful events during early gestation, they do not necessarily point to a cause-and-effect relationship. Other factors that are known to accompany stress such as smoking and drug use may play an equally important role.
Although the lowest sperm count among men whose mothers had experienced repeated stress would not be enough by itself to result in infertility, it may be a contributing factor.
To provide some perspective, says Hart, the association between exposure to stressful life events and reduced sperm counts was not as strong as that observed for maternal smoking and sperm counts, which was associated with a 50% reduction in sperm number.
However, the findings do suggest that exposure to stressful life events during early, but not late gestation, are associated with reduced adult male reproductive function, say the team.
The researchers suggest that improved support for women exposed to such events during pregnancy, particularly during the first trimester, could help to improve the reproductive health of their offspring in later life.

Intervention studies of improved pregnancy support could provide more insight into this association and more information is needed about the potential specific epigenetic mechanisms underlying this association.”