By Sally Robertson, B.Sc.Nov 21 2018Reviewed by Kate Anderton, B.Sc.
Mannose, a type of sugar, has been shown to slow tumor growth and enhance chemotherapy in mouse models of certain cancers, according to a study funded by Cancer Research UK and Worldwide Cancer Research. 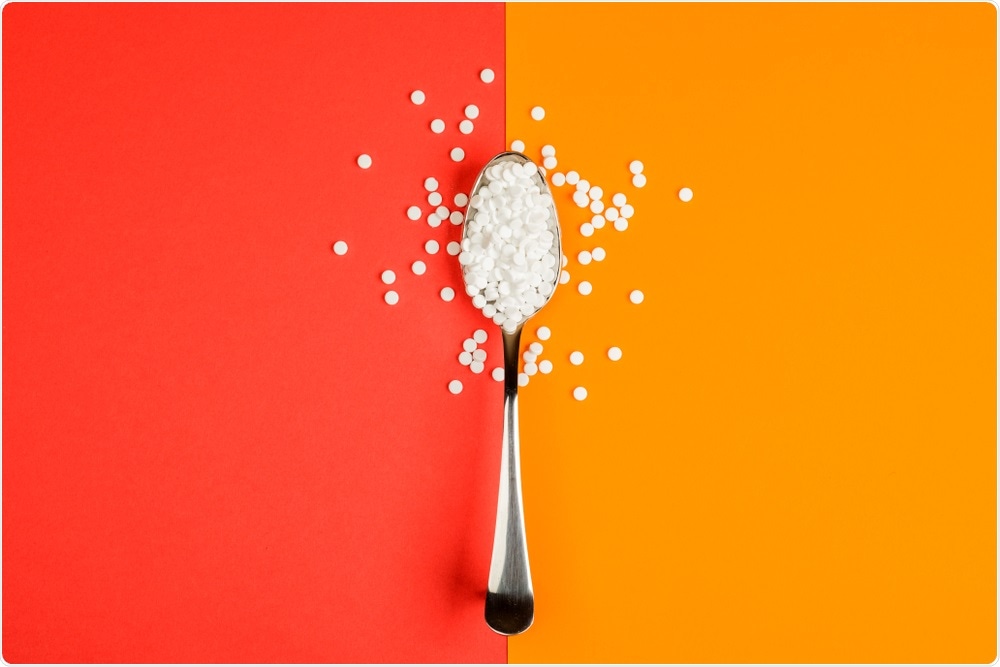 FussSergey | Shutterstock
The research, which was recently published in the journal Nature, could lead to an understanding of how mannose may be used as a potential cancer therapy.
Cancerous tissues use up more glucose than healthy tissues, but controlling the availability of glucose is difficult to do through diet alone.
Now, researchers have discovered that mannose, a sugar found in some nutritional supplements, can interfere with glucose and reduce the amount that cancer cells can use as an energy source.

Tumors need a lot of glucose to grow, so limiting the amount they can use should slow cancer progression.”
Professor Kevin Ryan, Lead Author

However, healthy tissues also require glucose, so it cannot be removed from the body completely.
In the current study, Ryan and team managed to find a dose of mannose that could block glucose enough to slow tumor growth, but without affecting healthy tissue.
For the study, the team tested how mice with lung, skin or pancreatic cancer responded to mannose being added to their water and given as an oral treatment. They found that tumor growth slowed, without the animals showing any obvious side effects.
Next, they tested how mannose may affect chemotherapy by administering the sugar to mice that had been treated with cisplatin and doxorubicin.
The researchers found that the effects of the chemotherapy were enhanced; tumor size and growth rate were reduced and lifespan even increased among some mice.
The team then investigated the effects of mannose on several other types of cancer including ovarian and bowel cancer, leukemia and osteosarcoma. Cancer cells were cultured in the lab and then treated with the sugar. This time, some cancer cells responded positively to the treatment, while others did not.

This is early research, but it is hoped that finding this perfect balance means that, in the future, mannose could be given to cancer patients to enhance chemotherapy without damaging their overall health.”
Professor Kevin Ryan, Lead Author

Ryan says the next step is to look at why the treatment only works in some cells, to help find out which patients would benefit most from this approach: “We hope to start clinical trials with mannose in people as soon as possible to determine its true potential as a new cancer therapy.”
Cancer Research UK’s head nurse Martin Ledwick warns that, although the findings show promise for mannose as a treatment for some kinds of cancer, this is only early-stage research that has not been investigated in humans; self-prescribing mannose carries a significant risk of adverse side effects that have not yet been tested for.
“It's important to consult with a doctor before drastically changing your diet or taking new supplements," he advises.
Source:
Sugar supplement slows tumor growth and can improve cancer treatment.
Publicado por salud equitativa en 8:56