By Sally Robertson, B.Sc.Nov 19 2018Reviewed by Kate Anderton, B.Sc.
Researchers at Henry Ford Hospital in Detroit have shown that it may be possible to use ultrasound scans of a muscle in the shoulder to predict diabetes. 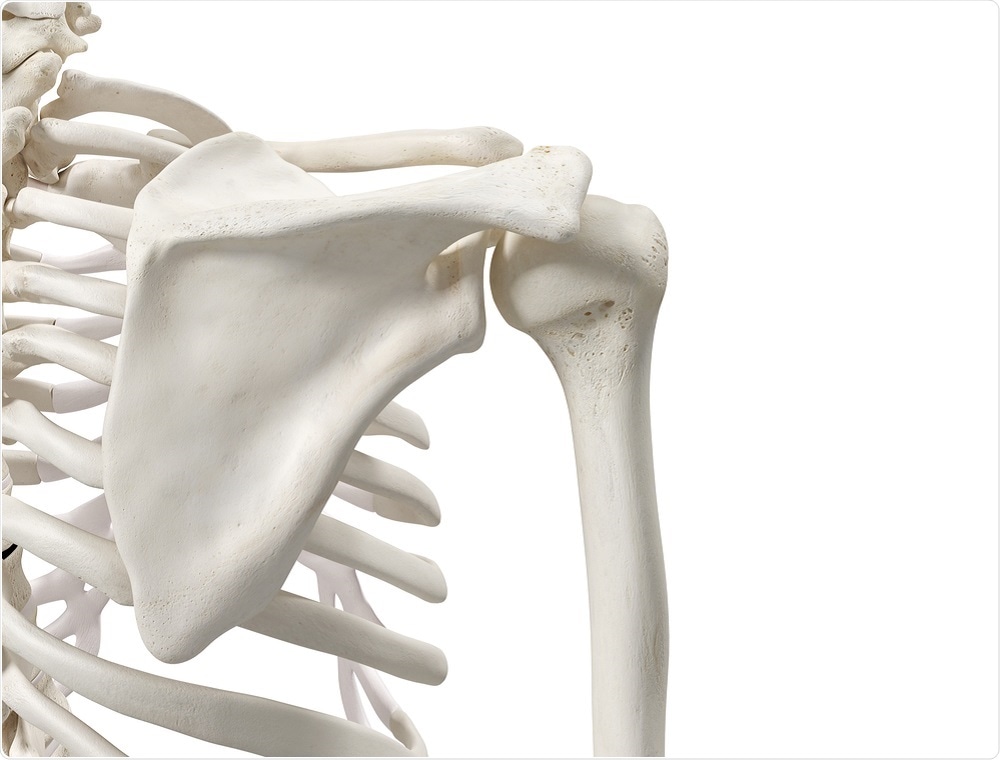 Sebastian Kaulitzki | Shutterstock
The study, which will be presented at the annual meeting of the Radiological Society of North America, suggests that the “deltoid” muscle appearing unusually bright on ultrasound may be a warning sign of the condition.
More than ten years ago, radiologist Steven Soliman started to notice that when patients who had this muscle appear bright on ultrasound, would also answer yes to having diabetes or borderline diabetes.
This prompted Soliman and colleagues to investigate whether this brightness or echogenicity of the muscle could be used to predict diabetes.
The researchers obtained 137 shoulder ultrasounds from patients with type 2 diabetes, including 13 who had pre-diabetes, and 49 ultrasounds from obese patients who did not have diabetes.
The team then showed the images to two musculoskeletal radiologists who were unaware of whether the scans were from diabetic patients or nondiabetic patients.
The radiologists were asked to classify the patients into three groups (normal, suspected diabetes or definite diabetes) based on the echogenicity of the shoulder muscle. A third radiologist served as an arbitrator for when the first two radiologists could not agree.
The team found that a consensus diagnosis of “definite diabetes” was a strong predictor of diabetes, with the radiologists correctly predicting type 2 diabetes in almost 90% of patients.
An unusually bright deltoid muscle was also a powerful predictor of pre-diabetes, with the radiologists categorizing all 13 individuals with prediabetes as either having suspected or definite diabetes.

We weren't surprised that we had positive results because the shoulder muscle on patients with diabetes looked so bright on ultrasound, but we were surprised at the level of accuracy.”
Steven Soliman, Lead Author

The reasons why ultrasound reveals an unusually bright deltoid muscle in cases of diabetes is not yet clear, but the researchers suspect it may be the result of a low glycogen level in the muscle.
Glycogen is a key source of energy, and previous research has shown it to be depleted in diabetic subjects. The muscles of athletes have also been shown to have higher echogenicity on ultrasound after exercising when their glycogen stores have been depleted.
"It could be that this appearance in people with diabetes and pre-diabetes is related to the known problems with glycogen synthesis in their muscles because of their insulin abnormalities," suggests Soliman.
The researchers say the findings could guide early interventions.

If we observe this in patients with pre-diabetes and diabetes, we can get them to exercise, make diet modifications and lose weight.
If these interventions happen early enough, the patients may be able to avoid going on medications and dealing with all the complications that go with the disease.”
Steven Soliman, Lead Author

Source:
Shoulder 'brightness' on ultrasound may be a sign of diabetes
Publicado por salud equitativa en 5:45