By Liji Thomas, MDNov 16 2018Reviewed by Kate Anderton, B.Sc.
A new study found that babies whose mothers cleaned their pacifiers by sucking on them have low levels of IgE, an antibody that is increased in allergies and asthma. 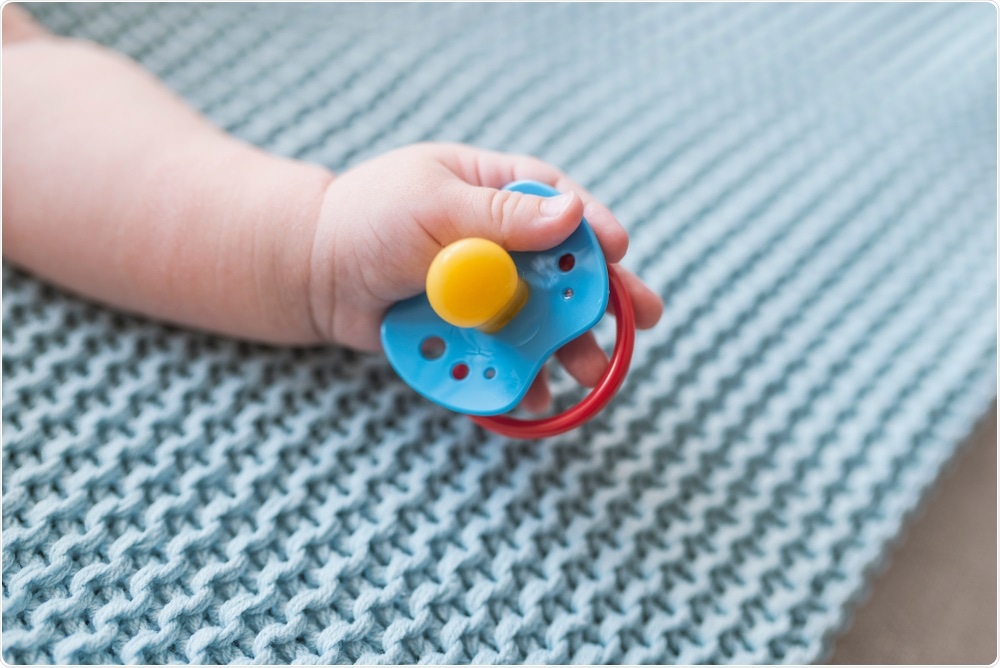 Dragana Gordic | Shutterstock
The study was funded by Henry Ford Health System and will be presented at the meeting of the American College of Allergy, Asthma and Immunology in Seattle.
It is the first retrospective US study to explore the association between different methods of cleaning a baby’s pacifier and IgE levels.

The results agree with an earlier Swedish study in 2013, which showed fewer allergies in babies when the parents sucked the pacifiers used by their infants.
The current study involved 128 babies whose mothers were classified into three groups depending on how they cleaned the pacifiers used by their infants.
In the first group, pacifiers were sterilized in boiling water or in the dishwasher; in the second group, soap and water was used; and in the third, the mother sucked the pacifier to clean it.
There were 30, 53 and 9 mothers respectively in each group.
The IgE levels in the babies were assessed at birth, six months and 18 months.
When these results were compared by group, a significant reduction was seen in the IgE level at 18 months in babies in the third group.
Further analysis of the data showed that this drop began to be seen at about 10 months.
The lowering of IgE levels indicates a lower risk of allergies and asthma. One possible mechanism is the introduction of healthy oral flora from a parent’s saliva when the parent sucks the baby’s pacifier. These bacteria could have a positive effect on the way the baby’s immune system develops.
It should be noted that the results are  only a correlation, and do not prove that sucking your baby’s pacifier lessens the risk of  childhood allergy. Future research must concentrate on proving this to be a valid association.

Although we can't say there's a cause and effect relationship, we can say the microbes a child is exposed to early on in life will affect their immune system development."
Eliane Abou-Jadade, Lead Author