By Sally Robertson, B.Sc.Nov 1 2018Reviewed by Kate Anderton, B.Sc.
Researchers at the University of Eastern Finland have identified new compounds that can target bacterial infection, potentially providing an answer to antibiotic resistance. 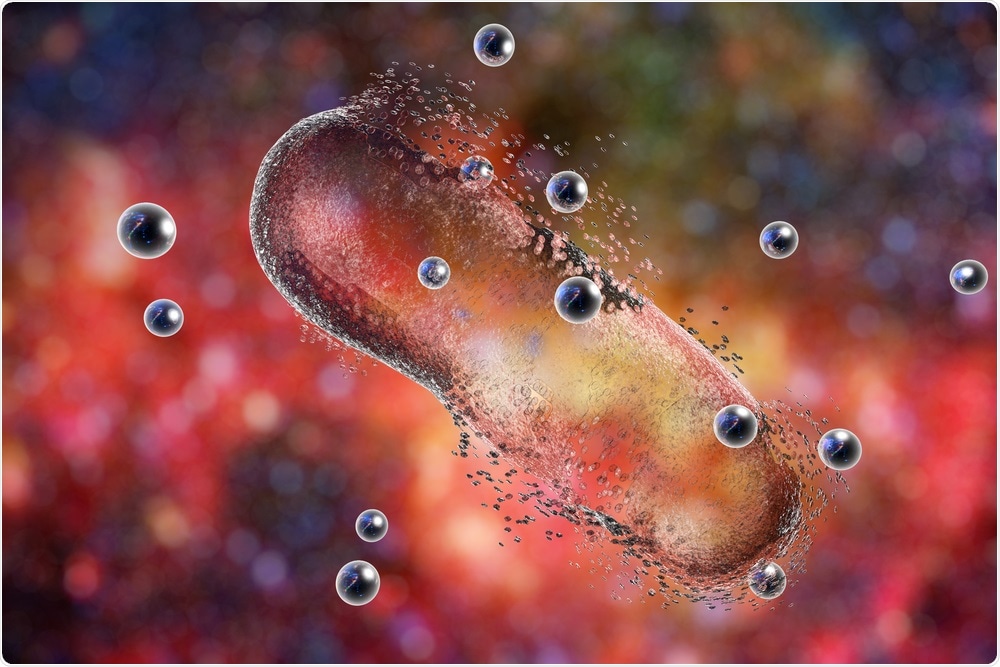 Image Credit: Kateryna Kon / Shutterstock
As reported in the journal ChemMedChem, Prasanthi Medarametla and colleagues have targeted a protein called LsrK that is involved in a bacterial communication process called quorum sensing.
Quorum sensing enables bacteria to colonize, produce virulence factors, form a biofilm and to establish infection.
Disrupting the process of quorum sensing has therefore become a new focus in the investigation of agents that may quench and inhibit bacteria.

Quorum sensing is mediated by molecules called autoinducers (AIs) and a signaling molecule called AI-2 is essential for both intraspecies and interspecies bacterial communication.
The phosphorylation of AI-2 is mediated by the enzyme LsrK, which means inhibiting this protein can inactivate quorum sensing. However, to date, no such inhibitor of LsrK has been reported.
Now, Medarametla and colleagues have used computational methods to model the structure of LsrK and screened a library of compounds to find potential inhibitors of the protein.
Eventually, the team identified four hits of micromolar activity against LsrK.
The LsrK inhibitors the team identified will be developed further to ensure high affinity and function so that they can be used as tools to help researchers understand how to inhibit LsrK in the AI-2 pathway.
Considering how little is known bout the structure of LsrK, the current study provides exciting new insights about how the protein behaves and how to potentially interfere with the protein-substrate dynamics that ensure virulence.

These results prove the utility of the model and provide the first class of LsrK inhibitors to be further optimized as antivirulence agents.”
Prasanthi Medarametla, Lead Researcher