By Sally Robertson, B.Sc.Nov 21 2018Reviewed by Kate Anderton, B.Sc.
A study conducted by researchers at the University of Toronto has found that chronic obstructive pulmonary disease (COPD) is significantly more common among never-smoking, older women (aged 50 years or older) who are morbidly obese than among their female peers who are in the normal weight range. 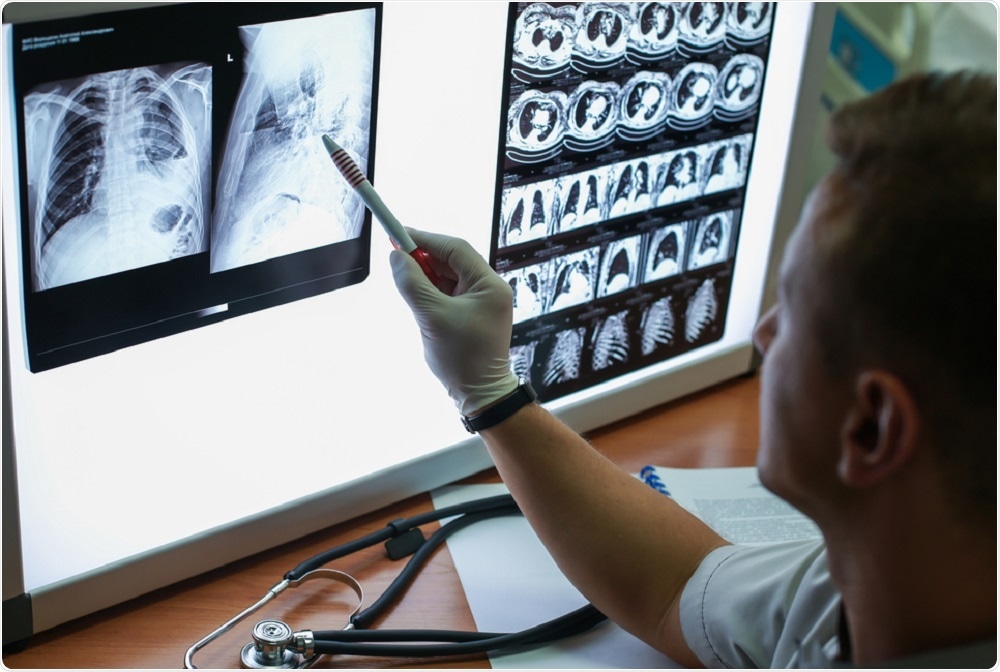 Egor_Kulinich | Shutterstock
The prevalence of COPD was also significantly higher among older men who were morbidly obese and had never smoked, compared with among their normal-weight male peers.
COPD, which is the third most common cause of death in the U.S., refers to a group of progressive lung disorders that cause breathing problems.
Although smoking is the most well-known risk factor for the condition, one-quarter of people with COPD have never smoked.
Study author Senyo Agbeyaka says surprisingly little research has focused on patients with COPD who have never smoked:

We wanted to address this gap in the literature by examining which factors are associated with COPD among never smokers aged 50 and older."
Senyo Agbeyaka, Study Author

As reported in the Journal of Obesity, lead author Esme Fuller-Thomson and colleagues studied a nationally representative sample of non-Hispanic white individuals with data available from the 2012 Center for Disease Control's Behavioral Risk Factor Surveillance System.

They assessed data for more than 110,000 individuals who reported never having smoked.
Approximately 4,000 of the respondents were morbidly obese and 5,000 reported having been diagnosed with COPD.
The researchers found that the proportion of older, never-smoking women who had COPD was 13.4% among those who were morbidly obese (BMI ≥40), compared with only 3.5% among their normal-weight female peers. Among men, the corresponding figures were 7.6% versus 2.5%.
Co-author Kaitlyn Howden says that, unfortunately, the survey did not enable the team to identify why COPD was so much more prevalent among the morbidly obese versus normal-weight respondents.

Future research is needed to investigate plausible mechanisms for this association, including the role of chronic inflammation associated with obesity and the impact of central obesity on respiratory system mechanics.”
Kaitlyn Howden, Co-author