By Ananya Mandal, MDNov 5 2018
A new study on laboratory rats has shown that mobile phone radiation exposure is linked to cancers of the brain, heart and the adrenal glands. The rats however were exposed to very high amounts of radiation which is much more than what humans are exposed when they use cell phones. 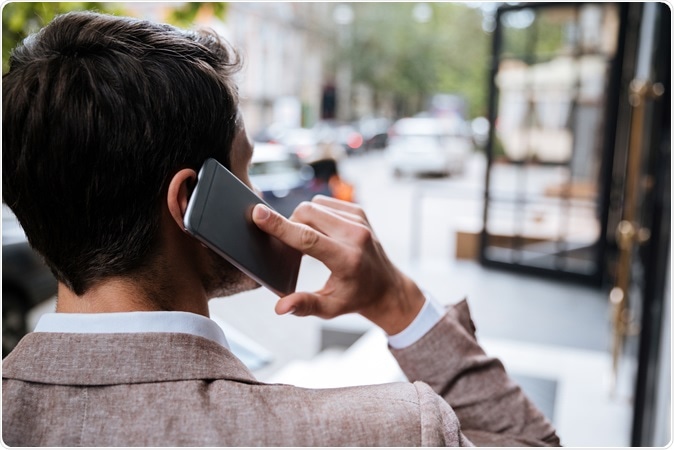 Image Credit: Dean Drobot / Shutterstock
Scientists led by Dr John Bucher at the National Toxicology Programme in Durham, North Carolina looked at the effects of 2G and 3G mobile phone radiation on male rats for 10 years in a £23 million study in America. He said, “The exposures used in the studies cannot be compared directly to the exposure that humans experience when using a cell phone. In our studies, rats and mice received radio frequency radiation across their whole bodies. By contrast, people are mostly exposed in specific local tissues close to where they hold the phone. In addition, the exposure levels and durations in our studies were greater than what people experience.”
This study was with 2G and 3G mobile phones while today’s phones contain more than one antennae for Wi-Fi, GPS, 2G/3G/4G bands etc. the researchers explain. Cancer Research UK said, “Even with the latest findings, there’s still no convincing evidence that mobile phones cause cancer in people.” Bucher says the despite the evidence and the disparities between real life situations and laboratory conditions, the study results are relevant to modern devices.
The US National Toxicology Program (NTP) (a government program within the department of Health and Human Services) study results were released last week on 1st November. The experimental rats were exposed to radiations to the tune of 900 megahertz for an average of nine hours per day for two years. The lowest level of exposure was the maximum allowed exposure according to federal regulations while the highest was four times the maximum allowed exposure. Results showed that two to three present of the male rats developed malignant gliomas. This was comparable to the control group of rats which were not exposed to any radiation and none of these control rats developed gliomas or brain tumours. There was also “clear evidence” of heart tumours among the exposed rats and “some evidence” linking the radiation exposure to adrenal tumours. There was a direct “equivocal” evidence of the radiation causing tumours in female rats and in mice.

However there was no rise in the incidence of gliomas or brain tumours with the rise in use of cell phones say researchers. Dr Jeffrey Shuren, FDA’s chief of radiological health also said “these findings should not be applied to human cellphone usage.”
This new report was the last of the several reports that have been released by the NTP since May 2016 on association of cell phone radiation and cancers. Not only NTP researchers, this report was a collaboration with external reviewers as well. The team plans future studies to see if the radiation exposure in chambers can cause DNA damage that can lead to cancers.
Experts have warned that despite the differences in the lab exposure and real life situations, people must reduce their risk of radiation exposure by using headphones and holding phones farther from the body.
Source:
https://ntp.niehs.nih.gov/results/areas/cellphones/index.html
Publicado por salud equitativa en 8:04