A new study, published by Kazem Rahimi of The George Institute for Global Health at the University of Oxford, UK and colleagues, indicates that high blood pressure increases the risk of mitral regurgitation, a condition where leakage occurs in one of the heart valves. 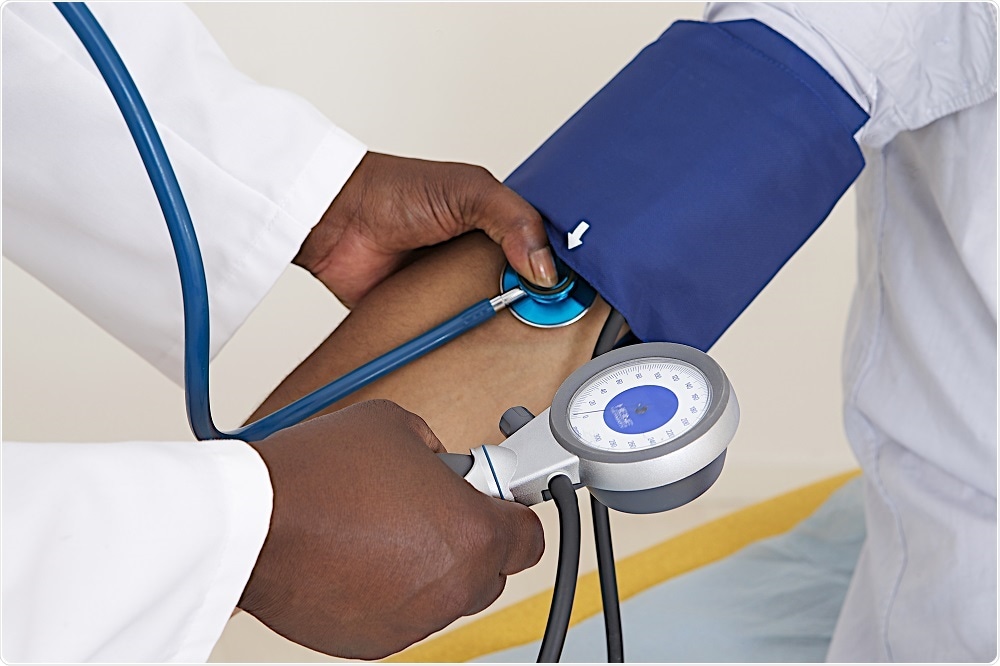 Credit: JPC-PROD / Shutterstock.com
The study suggests that this valve disorder, which is progressively diagnosed across the world, specifically among elderly people, is not an unavoidable consequence of ageing, as presumed, but can be prevented.

In the case of mitral regurgitation, the valve that exists between the two left chambers of heart doesn't close tightly, allowing leakage of blood backward during the contraction of heart muscle. There exists a relationship between mitral regurgitation and heart palpitations, and in serious cases can lead to fatigue, shortness of breath, and swelling of the feet and legs.
Electronic health data from the UK Clinical Practice Research Datalink (CPRD), between 1990 and 2015, were used in the study to investigate the association between mitral regurgitation and systolic blood pressure. The study involved 5.5 million patients with unknown cardiovascular disease at the initial stage of the study.
During the follow-up period of ten years, mitral regurgitation was diagnosed in 28,655 patients (0.52%) on the basis of primary care records or clinical discharge reports. Systolic blood pressure (BP) was often observed to be associated with the risk of mitral valve regurgitation, with each 20 mmHg rise in systolic BP related to a 26% higher risk of the heart disease (95% confidence interval [CI]: 1.23 to 1.29; hazard ratio [HR]: 1.26).
Only a small part of this additional risk could be described by other complications that are known to be the cause of mitral regurgitation, like ischemic heart disease or myocardial infarction (mediator-adjusted CI 1.20 to 1.25; HR 1.22).
Researchers stated: "These findings suggest that BP control may be of importance in the prevention of mitral regurgitation."
Source:
https://eurekalert.org/pub_releases/2017-10/p-hbp101017.php
Publicado por salud equitativa en 9:00