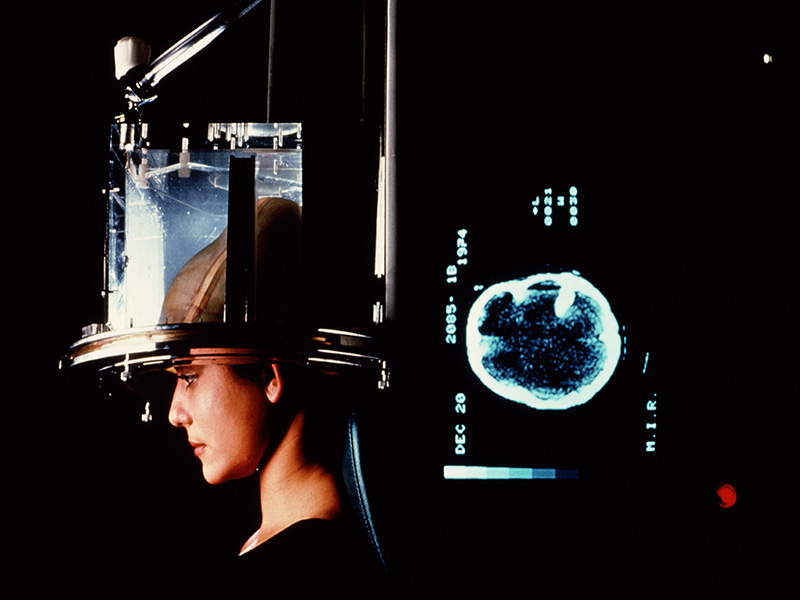 THURSDAY, June 1, 2017 (HealthDay News) -- Subtle brain changes may explain why some people with multiple sclerosis (MS) lose their ability to interpret clues about what other people are thinking and feeling, a new study suggests.
Until now, there has been little study of the way MS affects the so-called "social brain." Portuguese researchers wanted to learn why some people with MS develop a social disconnect that can hurt relationships and breed isolation. It doesn't happen to everyone with MS, but experts agree that it's a big deal for those who experience it.
"It could interfere with all spheres of social interaction," said lead researcher Dr. Sonia Batista, a neurologist at the University of Coimbra in Portugal.
"The ability to interpret other people's feelings and intentions may influence people's ability to maintain a job and their relationships with family and friends," said Batista.
That's important, she added, because people with MS need strong support from those around them.
MS is a nervous system disease that disrupts signals inside the brain, and between the brain and body. Besides thinking and memory issues, its symptoms can include numbness, muscle weakness, problems with balance, coordination and eyesight.
More than 2.3 million people worldwide are thought to have MS, according to the National Multiple Sclerosis Society.
For its study, Batista's team tested 60 people with MS and 60 healthy people of the same age and education level. The participants took tests to gauge their skill in inferring other people's beliefs, desires and intentions.
The participants were shown photos of people's eyes and asked to pick one of four words -- such as "anxious" or "embarrassed" -- to describe the person's feelings. Another test had them choose one of two words to describe a silent video of people interacting.
Both groups had MRIs and specialized scans called diffusion tensor imaging to look for changes in the brain's white matter. White matter connects different brain regions.
The scans revealed widespread damage -- called lesions -- in the white matter of MS patients, especially in areas key to the brain's social network. The MS patients also scored lower on both visual interpretation tests.
On the photo test, their average score was 59 percent, compared to 82 percent for healthy participants. On the video test, people with MS averaged 75 percent; healthy participants, 88 percent.
The greater their brain damage, the more likely they were to post poor social scores. Scores weren't related to time since diagnosis or level of disability, the study found.
"We confirmed that structures in the social brain are affected in MS, and probably that's why social cognition abilities are affected in MS patients," Batista said. "We have to recognize those patients that have these problems so we can help them."
Typically, she said, those with the most severe social shortcomings are "blind to these problems," their families are baffled by their behavior and their relationships are suffering. She urged doctors to test MS patients and help them understand and cope with any social struggles.
Tim Coetzee is chief advocacy, services and research officer for the National Multiple Sclerosis Society. He called the study innovative and important. Patients often cite thinking problems as a frustration of living with MS, he said.
"It's a helpful and important contribution to helping us understand the connections between changes in the brain that are associated with MS and the impact that has on people's quality of life and their brain function," Coetzee said. "What this research does is bridge those changes."
The next step, Batista said, is a bigger study. The aim: to find ways to prevent and treat social deficits.
For now, Batista said, MS patients might benefit from the same programs used to teach people with schizophrenia and autism how to read social cues. Early studies in people with those disorders suggest that administering oxytocin may also help, she suggested. In the brain, oxytocin -- the so-called love hormone -- transmits signals involved in social interaction.
Coetzee said that's worth studying in MS patients, along with possible links between gray matter brain damage and social functioning. Gray matter includes brain areas involved in muscle control, the senses, speech, memory and emotions, decision-making and self-control.
The study was published online May 31 in the journal Neurology.
SOURCES: Sonia Batista, M.D., neurologist, University of Coimbra, Portugal; Tim Coetzee, Ph.D., chief advocacy, services and research officer, National Multiple Sclerosis Society; May 31, 2017, Neurology, online
HealthDay
Copyright (c) 2017 HealthDay. All rights reserved.
News stories are written and provided by HealthDay and do not reflect federal policy, the views of MedlinePlus, the National Library of Medicine, the National Institutes of Health, or the U.S. Department of Health and Human Services.