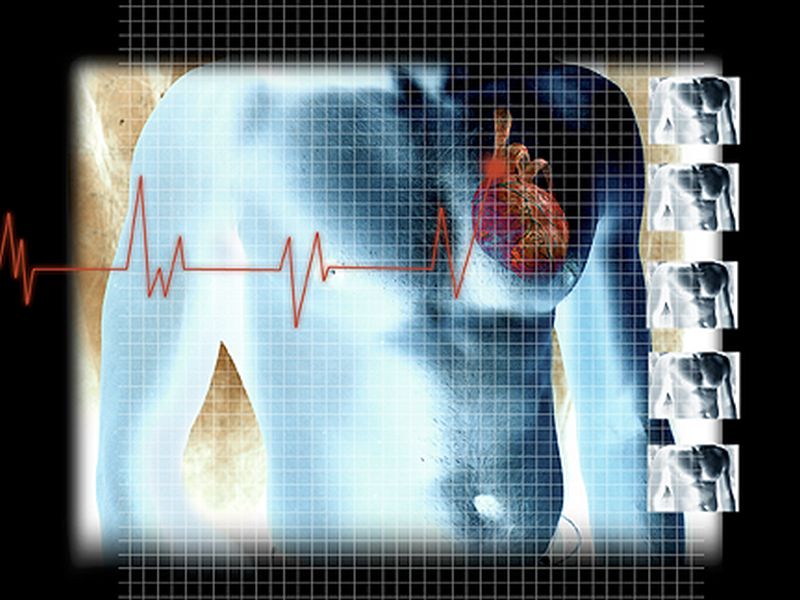 THURSDAY, June 22, 2017 (HealthDay News) -- Certain genes linked to heart disease may also improve your chances of having children, a new study suggests.
Australian researchers said the findings seem to offer a potential explanation for why evolution has allowed these genes to persist for centuries.
While lifestyle is clearly important in heart disease risk, scientists have found many genes also influence those odds.
"Genes play a very important role in coronary artery disease risk across an individual's lifetime," said study author Sean Byars, a research fellow at the University of Melbourne. In fact, it's estimated that genes account for about 50 percent of the risk.
The rest, he said, is due to other factors, including habits like smoking and eating a poor diet.
Heart disease is a major killer worldwide, and it has long plagued humanity. Scientists have found evidence of clogged arteries in Egyptian mummies, Byars and his colleagues pointed out.
The researchers said that raises a fundamental question: Why haven't the genes that promote heart disease been weeded out by natural selection?
Natural selection is the process by which organisms -- including humans -- evolve to have better survival odds.
The new study suggests one answer: Byars' team found that a few dozen genes tied to heart disease might also contribute to people's "reproductive success."
Since heart disease usually strikes later in life, after people have had their kids, it would be a reasonable trade-off for better fertility -- at least in terms of survival of the species.
The findings, published online recently in the journal PLOS Genetics, do not have any immediate implications for managing heart disease or fertility, Byars said.
"This study is more about potentially helping to provide a fundamental understanding of why [heart disease] is so prevalent in modern humans," he explained.
Byars did, however, point to a big-picture issue: The findings may sound a cautionary note about "gene-editing" -- a technology scientists are studying with the hope of correcting genetic flaws that cause disease.
"One potential concern a study like this raises," Byars said, "is that in an era of gene-editing, we need to be very careful about unintended consequences of modifying our genomes -- due to shared functions of these genes that are not always obvious."
For the study, the researchers used two large databases with a wealth of genetic information, along with data from a long-running health study of U.S. adults.
The investigators first focused on 76 genes that are linked to heart disease -- the kind caused by clogged arteries. From there, the researchers found that 40 genes were also tied to at least one aspect of reproductive "fitness."
Some were related to the number of children people had, while others were tied to a woman's age at her first and last menstrual period. There were 19 to 29 genes, the researchers said, that were tied to "traits" that can directly sway male or female fertility.
Heart disease is, of course, a complex condition that involves many different factors. Even if Mother Nature insists that humans carry heart-disease genes, there is still plenty that people can do about it, according to Dr. Robert Rosenson.
Rosenson, a cardiologist at Mount Sinai Health System in New York City, pointed to the example of familial hypercholesterolemia (FH).
FH is an inherited disorder caused by a single genetic defect, and it leads to very high "bad" cholesterol levels and a substantial risk of premature heart disease.
But even with those genetic cards stacked against them, Rosenson said, people with FH can prevent or delay heart complications -- by taking cholesterol medication, exercising regularly, not smoking and eating a healthy diet.
"Even if you have a disease-causing genetic trait, lifestyle absolutely makes a difference," Rosenson said.
Most genes tied to heart disease do not have such a dramatic effect -- a large number, he noted, have a "minor" impact on heart disease risk.
But studying the genetics of heart disease will hopefully lead to better treatments, Rosenson said.
Genes, he explained, may help explain why one person responds well to a cholesterol-lowering statin, while someone else "gains weight and develops diabetes," for example.
"Someone might develop a drug side effect simply because they've inherited a trait that interferes with a drug-elimination pathway," Rosenson said.
The hope for the future, he said, is to use genetic information to help predict which treatments will likely benefit an individual patient.
SOURCES: Sean Byars, Ph.D., research fellow, University of Melbourne, Australia; Robert Rosenson, M.D., professor, medicine, and director, cardiometabolic disorders, Mount Sinai Icahn School of Medicine, New York City; June 15, 2017, PLOS Genetics, online
HealthDay
Copyright (c) 2017 HealthDay. All rights reserved.
News stories are written and provided by HealthDay and do not reflect federal policy, the views of MedlinePlus, the National Library of Medicine, the National Institutes of Health, or the U.S. Department of Health and Human Services.