Lower chlamydia, gonorrhea rates seen when one person can obtain treatment for both partners 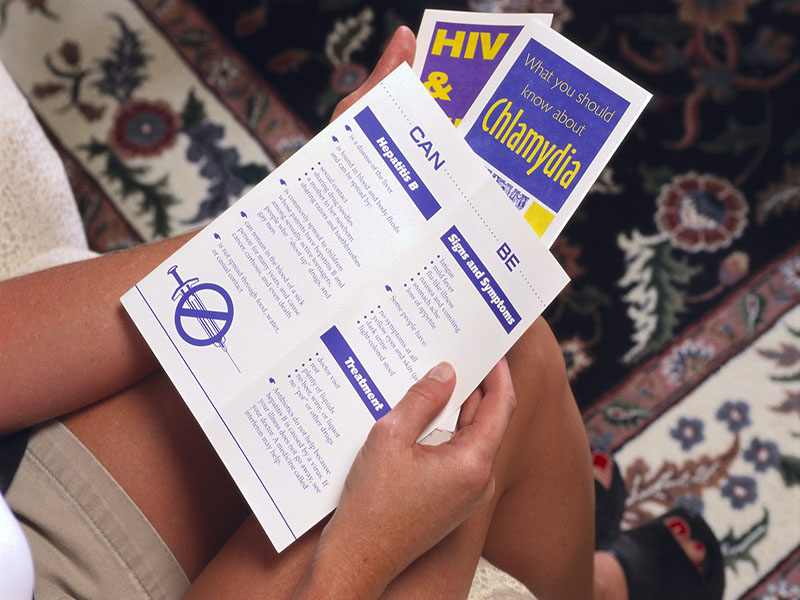 TUESDAY, June 13, 2017 (HealthDay News) -- States that let doctors prescribe drugs to treat chlamydia or gonorrhea in both partners when only one makes an office visit have lower rates of the sexually transmitted diseases (STDs), a new U.S. study finds.
The approach, called expedited partner therapy (EPT), is allowed in 38 states.
University of Michigan researchers analyzed reported chlamydia cases from 2000 to 2013. In states where EPT is barred, the average increase in chlamydia infections was 17.5 cases per 100,000 people per year. This compared with 14 cases per 100,000 in states where EPT is allowed, the study found.
"We know that to most effectively treat and prevent STDs, we have to consider both the infected patient and his or her partners," lead author Dr. Okeoma Mmeje said in a university news release. She is an assistant professor of obstetrics and gynecology.
Mmeje said there are many barriers to making an office visit, from transportation and inconvenience to access to a free clinic.
"Allowing doctors to treat both patients and their partners in this way has proven to be effective at preventing reinfection and the spread of infections such as chlamydia and gonorrhea. Long term, there are many societal benefits both in health and cost," Mmeje said.
Several national agencies and organizations -- including the U.S. Centers for Disease Control and Prevention and the American Congress of Obstetricians and Gynecologists -- have endorsed expedited partner therapy. But, Mmeje said, it remains underused.
Many insurers don't cover medication costs for sexual partners, and some doctors are reluctant to treat patients without an exam due to liability concerns, according to Mmeje.
Infection rates are especially high among youth, blacks and those in southern states, the study authors noted. And most people with chlamydia and gonorrhea do not have symptoms, the investigators said.
"Our findings provide strong reasons to re-examine policies that make it difficult to access a public health measure that we know can help treat and prevent sexually transmitted diseases," Mmeje said.
The study was published online recently in the journal Sexually Transmitted Infections.
SOURCE: University of Michigan, news release, June 2, 2017
HealthDay
Copyright (c) 2017 HealthDay. All rights reserved.
News stories are written and provided by HealthDay and do not reflect federal policy, the views of MedlinePlus, the National Library of Medicine, the National Institutes of Health, or the U.S. Department of Health and Human Services.
Publicado por salud equitativa en 8:22